In recent times, there have been several reports about a Redmi smartphone which is a rebrand of a Xiaomi phone. Subsequently, we had confirmation that this smartphone is the Redmi K30S which will launch in China soon. This device is a rebrand of the Xiaomi Mi 10T that is already available outside China. Ordinarily, we expect the Redmi K30S to retain the specs of the Xiaomi Mi 10T. However, there are sometimes tweaks with the specs of a rebranded smartphone. According to recent details exposure, the Redmi K30S will be the company’s last Snapdragon 865 phone this year. 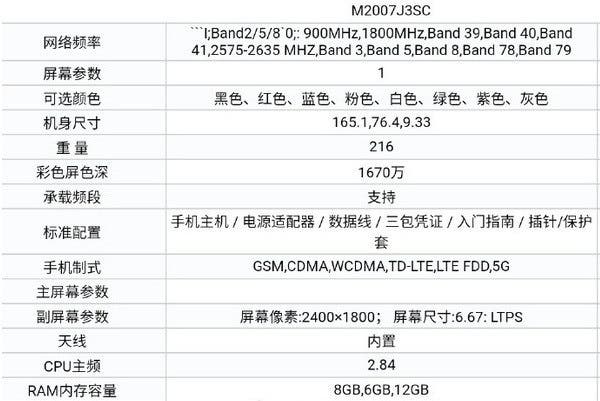 According to the latest news, the new Redmi K30S will use a 6.67-inch LTPS screen with a resolution of 2400 × 1800. Its processor clocks at 2.84GHz. No surprises, it is the Qualcomm Snapdragon 865 processor. There will be three memory specifications including 6GB, 8GB, and 12GB. As for the internal storage options, there is no information for now.

According to reports, the Redmi K30S will be official by the end of this month. Taking into account Redmi’s positioning of the ultimate price-performance ratio, the starting price of the smartphone should be around 2500 yuan ($373).

Keep a tab with us and we will keep you abreast of the developments of this device. What do you think about this smartphone? Will you like to see it outside of China? Let us know your thoughts in the comment section below