According to Xiaomi, this charger delivers 50% in just 8 minutes and 100% in 19 minutes. This charging capacity is for a 4000 mAh battery. This is quite fast and interesting considering that 4000 mAh capacity is the new industry average for the Android camp. Many flagship Android smartphones make use of batteries around the 4000 mAh vicinity. 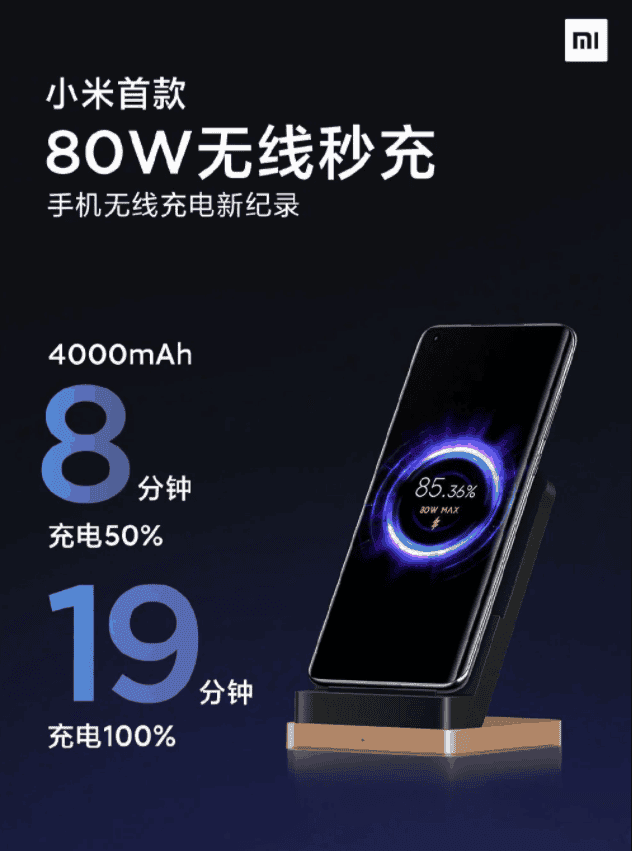 According to Zeng Xuezhong, Xiaomi has specially customized a more efficient wireless charging architecture and chip. This charger comes with an independent composite coil system design. It also uses an MTW multi-pole fast-charging batteries, dual 6C series batteries, with multi-stage variable current control. Furthermore, this device supports MiFC fast charging. According to the Xiaomi executive, the charger achieves the full charge in 19 minutes (for a 4000 mAh battery) with “many acceleration technologies”.

In addition, the wireless charging base uses a high-speed silent fan. This means that we can actually charge efficiently without hearing any sound. At least, this is what the charger promises. This charger is a high-power charging device that supports fast charging and low heat generation throughout the process. At the same time, it can still maintain more than 90% of the effective capacity after 800 complete charging and discharging without sacrificing battery health.