There is a shortage of compact smartphones on the market. This is despite the fact that small devices are still needed by those who, due to their age, habits or unwillingness to get used to devices with large displays, are looking for something small. There are those who would like to find a compact model; which in its functions is not much inferior to the flagship models.

The king of all compacts is considered to be the iPhone SE because of its ergonomics and powerful hardware. And recently, for fans of small devices, they also offered the iPhone 12 mini. In the Android camp, perhaps the most notable and up-to-date is the Google Pixel 4a.

Xiaomi is among those manufacturers who prefer to produce big smartphones; and this year almost all of its models are equipped with displays with a diagonal of 6.4 inches or more. But it seems that the idea to release a compact mobile phone came to the head of the company as well. So, on his Weibo page, Xiaomi vice president and head of Redmi Liu Weibing said that the sub-brand is thinking about the release of a small or mini smartphone. 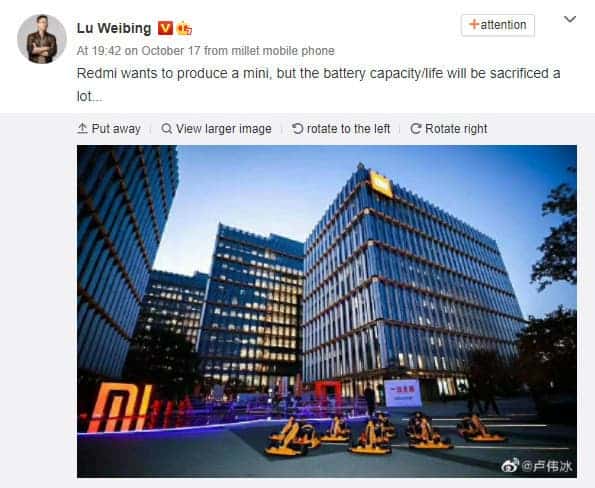 But there is one big problem – battery life will have to be sacrificed. In other words, the compact body will not allow you to install a capacious battery inside; which means it will be difficult to provide a decent battery life.

Unfortunately, the top manager did not give a clear answer whether Redmi will release a compact mobile phone or not. But it is unlikely that Liu Weibing would have started a conversation about the release of the device if it was not included in their plans. Therefore, we are waiting for a compact smartphone from Redmi. 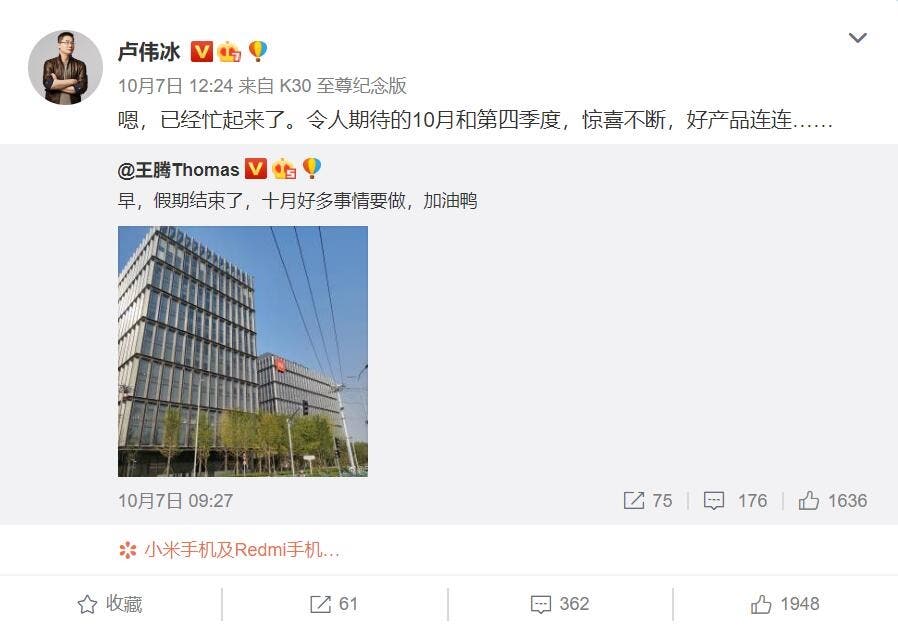 What kind of model it would be, we do not know. But a number of insiders suggested that the company will bring the Xiaomi Mi 10T to the Chinese market, but under a different name. It is assumed that the smartphone will become part of the Redmi K30 series; and it may well be called the Redmi K30T; and its price tag will be lower than what is asked for the global version.

But whether the Xiaomi Mi 10T Pro and Mi 10T Lite models will come to the Chinese market is unknown. There is no information exactly when Redmi K30T will be presented; but at the level of assumptions, they say that the premiere will take place in October.

Next Apple Watch SE has a severe overheating issue