Back in the last month, Apple rolled out the stable iOS 14 alongside iPadOS 14 update. The company also rolled out important updates for other devices like the Apple Watch series, Apple TVs, and PCs. Now, just after the release of the iPhones, the company is rolling out the new iOS 14.1 and iPadOS 14.1 incremental updates. It arrives for a select list of devices with bugfixes and some enhancements. You can see a detailed changelog for the aforementioned updates below. 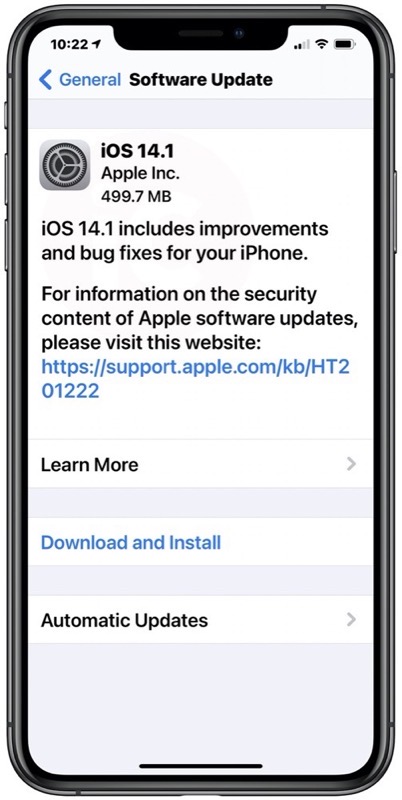 The new update comes with perfect timing. After all, the upcoming iPhone 12 and iPhone 12 Pro should arrive on the market with iOS 14.1 straight out of the box. If Apple does not find enough time to update the new iPhones right now, then the first owners will turn on the devices and promptly receive an update notification. While the iOS 14.1 and iPad 14.1 branches are now pretty much stable, Apple is developing the 14.2 updates. The developers are working and testing this build, which currently is in the fourth version. The final iteration should reach devs in the coming weeks. We believe that a stable rollout of 14.2 will fall before the end of the year.