Samsung’s One UI represents a major milestone for the company. After long years in the smartphone market, the company finally managed to make its proprietary skin right. Users suffered for years with the laggy and bloated Touchwiz, which later “evolved” to Samsung UI. While OneUI is far from being a close-to-vanilla experience, it’s not full of bloatware and does not stress the performance of a phone too much like TouchWiz. The company evolved One UI on its 2.0 iteration which is based on Android 10. Now, Samsung is ready to go a step beyond with the Android 11 based One UI 3.0. The latest firmware is entering the beta phase and now has just arrived for Galaxy Note 20 owners.

Today, Samsung is rolling out the One UI 3.0 beta for some Galaxy Note 20 series owners in India and Germany. The update is currently reaching users inside these countries, just a couple of days after its debut in the United States. Of course, this update only reaches users who are registered in the beta program. You can do this via Samsung’s Members app. According to SamMobile, it’s possible that users in Poland and the UK are now eligible for the beta registrations as well. However, this can’t be confirmed at the time of this writing. If you live in either of those markets, it’s a good idea to check if the beta program is available for your Galaxy Note 20 or Galaxy Note 20 Ultra.

It’s not software meant for daily usage right now. After all, as most betas, it may contain critical bugs. If you want to try Android 11 on your new flagship, the first step is to sign in in the Samsung Member App. Once you’re enrolled, the beta update will be available via download and Install option at Settings >> Software update menu. Worth noting that this is a massive update with 2GB for both Note 20 and Note 20 Ultra. So be aware of this fact to not drain all your mobile data. 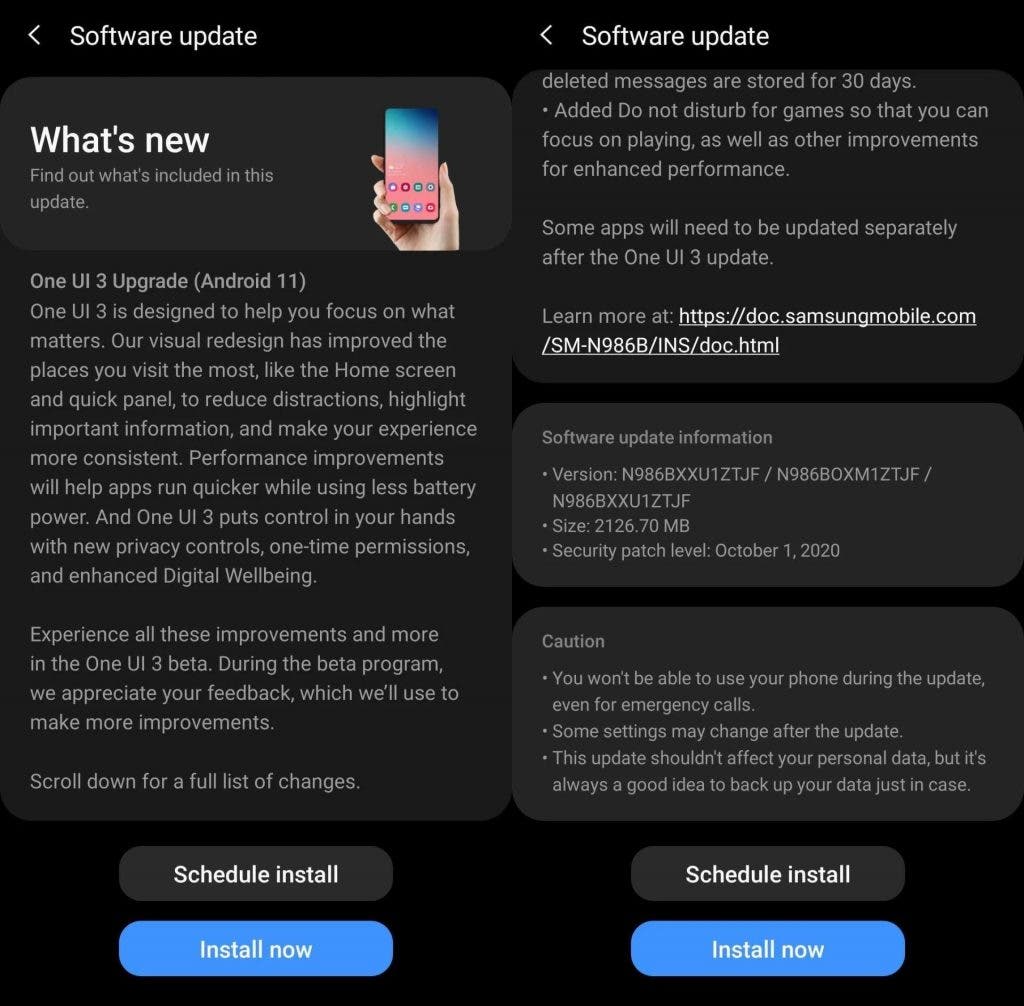 Apart from the Android 11 base, there are some visual changes in One UI 3 like the new blur effect on the Notifications shade. Moreover, we have a new brief Notifications and Notification Story feature. The Volume controls are now changed and quite resemble MIUI. The company also added more options and features to the Always Mode. There are a ton of other features coming with the new software. For now, it will only reach those flagships eligible in the beta program. But we expect to see One UI 3.0 covering a huge myriad of Samsung devices in the next year.