A couple of days ago, IceUniverse revealed some tidbits about the displays coming with the Samsung Galaxy S21 series. According to the report, the Galaxy S21 and S21+ are coming with flat AMOLED displays. The Galaxy S21 Ultra, in counterpart, will debut with curved displays to mark its premium pedigree. Following the revelation, IceUniverse decided to share two mockups in order to illustrate better how the Galaxy S21+ will look in the end of the day. According to rumors, the new flagship series will make its big debut much earlier than the usual, in January.

According to the leakster, the device will pack flat displays with symmetrical bezels in all four sides. For that reason, he provided these mockups and the result is pretty good. If Samsung does something like this, then we’re about to see one of Samsung Galaxies with the highest screen-to-body ratio. The company also has one of the less intrusive punch-hole designs in the market. The S21+ seems to be keeping this tradition. Curiously, some rumors were pointing to an in-display selfie, but Samsung scrapped it on the S21 series. 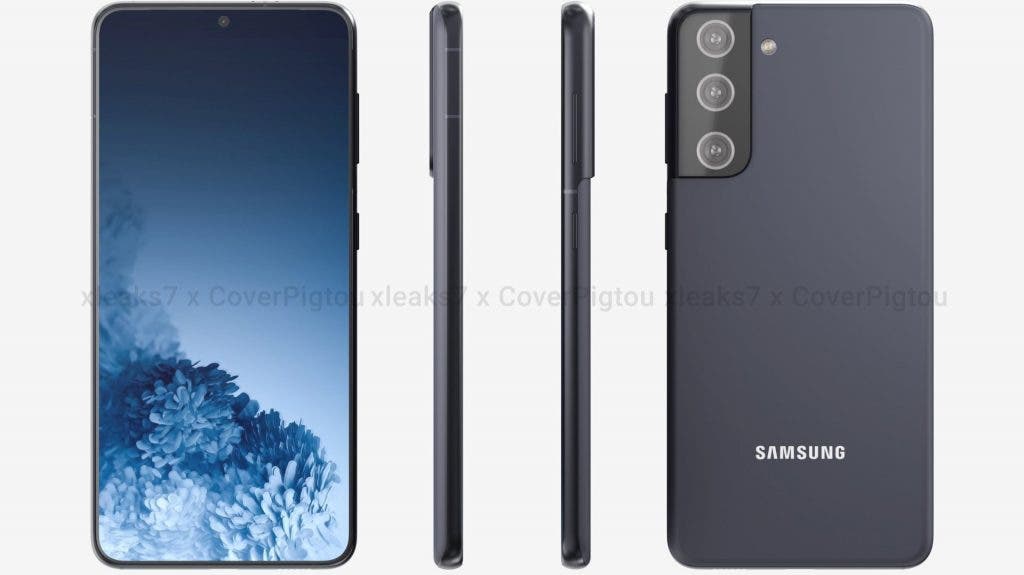 Besides the Galaxy S21+ mockup, we saw a couple of renders a few days ago revealing the Galaxy S21. Just like its Plus sibling, the vanilla unit will have a flat display with the 2D effect. The Galaxy S21 is said to come with a 6.2-inch display. The device will have 9mm thickness and that includes the camera bump. The device has 151.7 x 69.1 x 7.9mm bezels. The S21 Ultra will also follow a similar design language. However, in counterpart to the regular variant. The Ultra comes with a Quad-Camera module on the rear. The device will come with two telephoto lenses to boost distinct zoom levels. The device will be quite thick with 10.8mm.

An interesting thing to notice in the leaked renders is that Samsung will be adopting another design language for the rear cameras. Rather than a simple square-ish shape, the company will be making a metal housing that seems to go the handset edges. Of course, we should take these renders with a pinch or two of salt.

We’re yet to see official information confirming the new handsets’ launch for January 2021. But there are too many leaks popping out every week. So it’s hard to not believe in these claims.

Next Huawei CEO: We promise to continue to carry technological innovation