Out of all Google’s businesses, its search engine business is one of the largest and most popular. The Google search business is so large that people believe that it has an exclusive monopoly on the market. Considering the size of its search market, one of the most popular services is Google Docs. This service is available for free once you gave a Google account. It is a cloud service that gives users storage space. According to recent reports, on the Google Play Store, Google Docs download is now at 1 billion+. 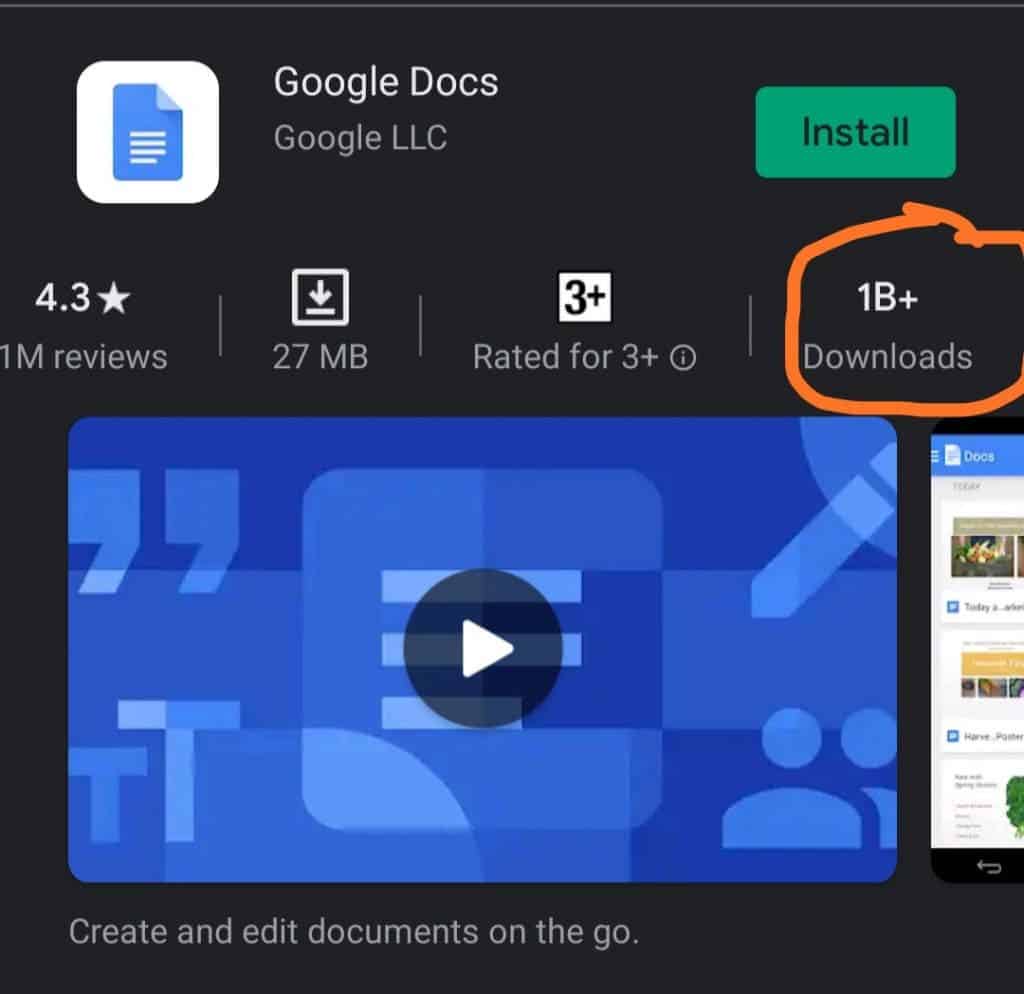 It took six years for Google Docs to reach 1 billion downloads on Google. This is so because Google did not make this app compulsory in its GMS package. Two years ago (October 2018), Google Docs hit 500 million downloads on the Play Store. This shows that over the past two years, this app has become increasingly popular. Information from Android Police claims that the exponential increase in downloads could be due to the increase in “working from home”.

Another reason for its popularity could be the massive increase in the use of Google Workspace. This Workspace comes with Google Docs. Also, this feature (Docs) is a free-to-use service with cloud services. It has very reason to be popular with technological advancement.

Furthermore, the report concludes that Google, Amazon, Apple, and Facebook enjoy monopoly power. The committee recommends that Congress amend the anti-monopoly law to force them to spin off some of their businesses and make acquisitions more difficult.

According to reports, the Digital Services Act being drafted by the EU stipulates that large companies have to share data with competitors. If this is not the case, then they themselves can not use the data to provide special services.

There are numerous pending lawsuits with regard to monopoly. We may be seeing some changes in the coming months.

Next Ranking Of Chinese Smartphone Foundries: Not Without Surprises