According to recent speculations, Xiaomi will rebrand the Mi 10T and release it as the Redmi K30S. While we wait for the official launch of this smartphone, a recent report speculates the launch date. According to the report, the Redmi K30S will arrive on October 27th. Unfortunately, there is no official confirmation of this date thus, we can only treat it as a rumor and nothing more. This smartphone will probably first launch in China. However, it might eventually arrive in other markets where the Mi 10T is not available. 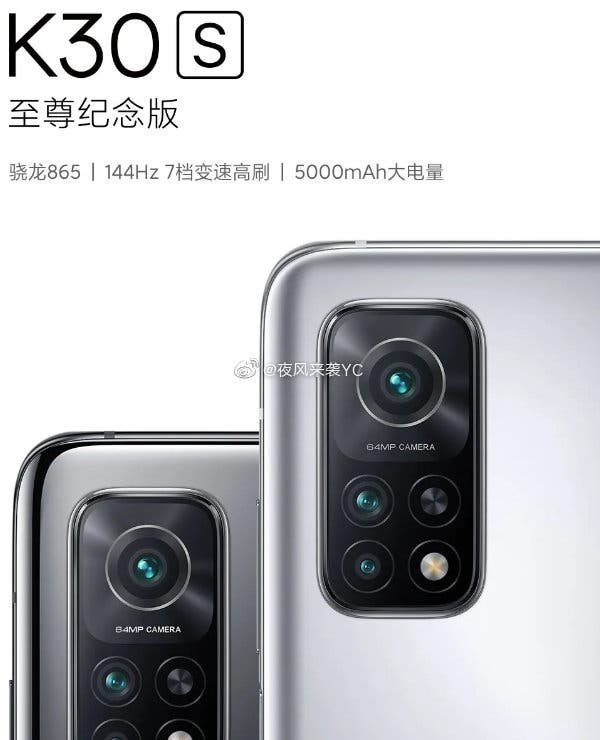 According to reports, the Redmi K30S will be official by the end of this month. Taking into account Redmi’s positioning of the ultimate price-performance ratio, the starting price of the smartphone should be around 2500 yuan ($373).

Keep a tab with us and we will keep you abreast of the developments of this device. What do you think about this smartphone? Will you like to see it outside of China? Let us know your thoughts in the comment section below