Earlier this month, Samsung commenced the public beta testing of its latest Android 11 based One UI 3.0 software for its all-new Galaxy S20 trio. Since then, the chaebol has already sent a few minor patches to improve the beta experience even further. In fact, the company recently opened up the beta registration for Note 20 duo users as well. While Samsung has just begun with the public beta testing phase, Galaxy S20 has managed to surface on WiFi Alliance with Android 11.

With the regular variant of the Galaxy S20 lineup appearing on WiFi Alliance with Android 11, it looks like Samsung might soon roll out the stable build as well. As per the listing, both the 4G and 5G variant of the device has received this new certification. This means we’re also looking at international versions as well. With this new development, it is safe to assume that we might see the stable Android 11 for the Galaxy S20 lineup soon. In fact, this might happen even sooner than we expect. If that’s the case, then Samsung is indeed on a race to bring the Android 11 operating system to its compatible devices. 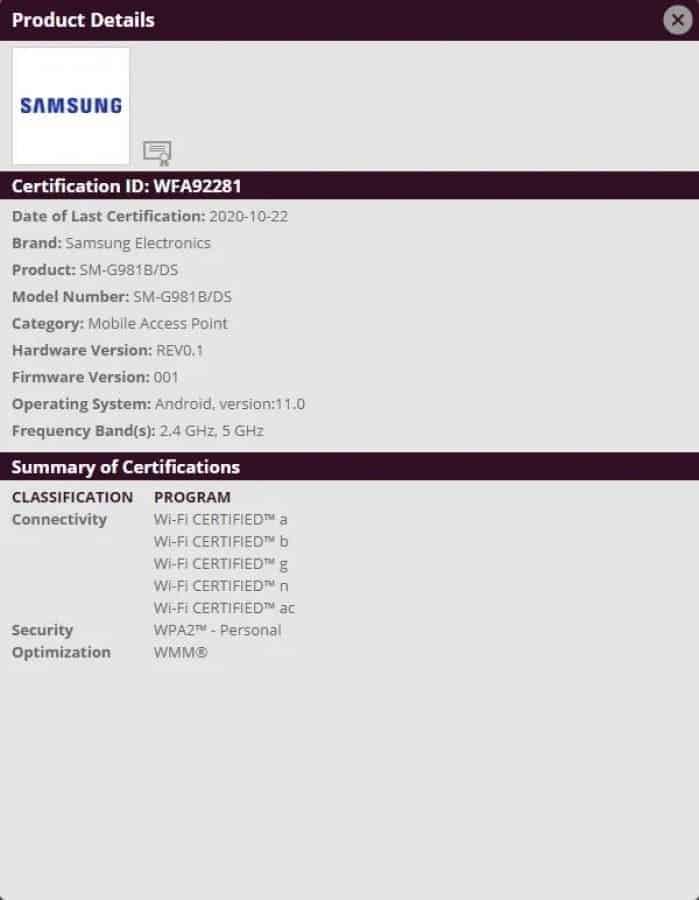 It is worth noting that only the regular Galaxy S20 smartphone has received the certification while S20+ and S20 Ultra are on One UI 3.0 beta. We’re expecting the remaining variants to also receive the WiFi certifications in the coming days. 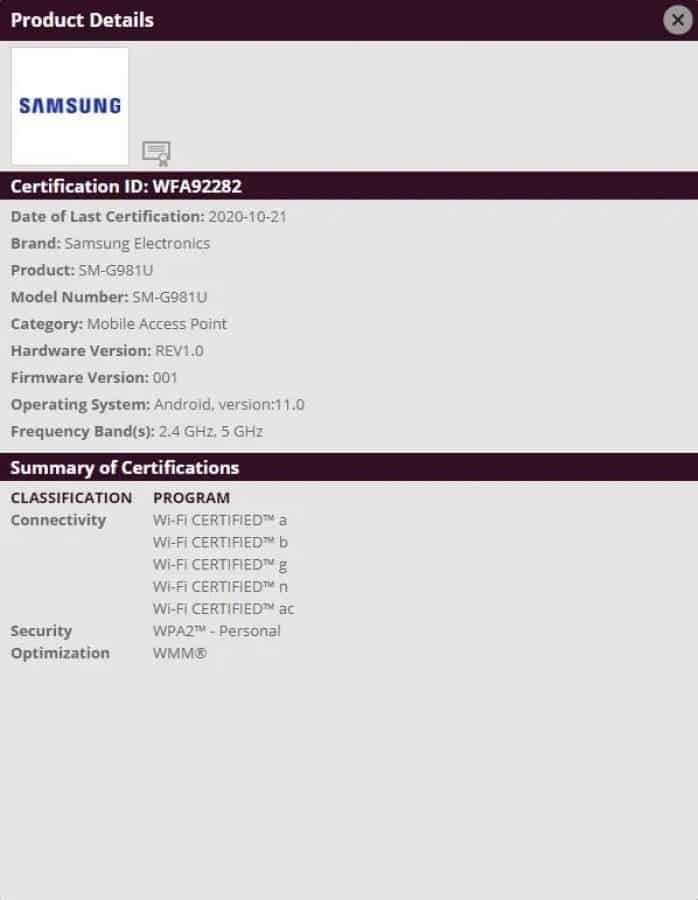 If you’re wondering what you will get with the Android 11 based One UI 3.0 software update, then let’s take a quick look at the new additions and features. The all-new One UI 3.0 brings several refinements when it comes to design and enhancements. Samsung has improved various camera-related features such as Single Take. We will see some enhance Pro mode for both stills and video. The software finally brings the double-tap to turn off the screen gesture. 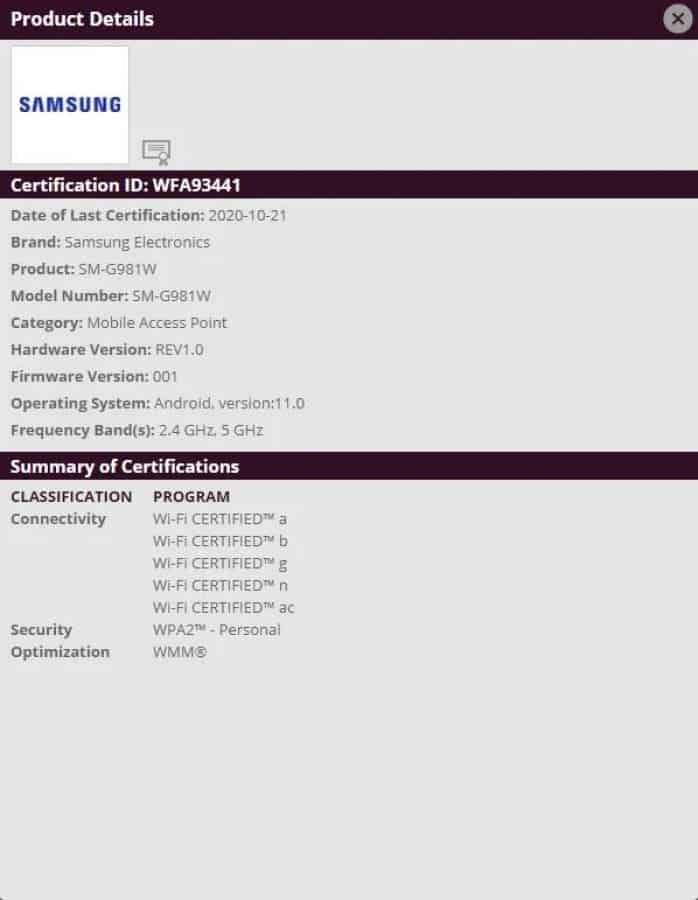 You will now be able to see conversations and media more conveniently.  You will see new dedicated sections that can be accessed by swiping it down. The update also brings new gestures for Samsung DeX allowing you to change the font and zoom level easily. With the new software, Samsung is also adding new conditions to its popular Bixby Routines. We’re looking at conditions such as specific start time, disconnection of Bluetooth device or WiFi network, a call from a specific number, and more.

Next Samsung to launch Galaxy F12 or F12s in the Indian market soon!