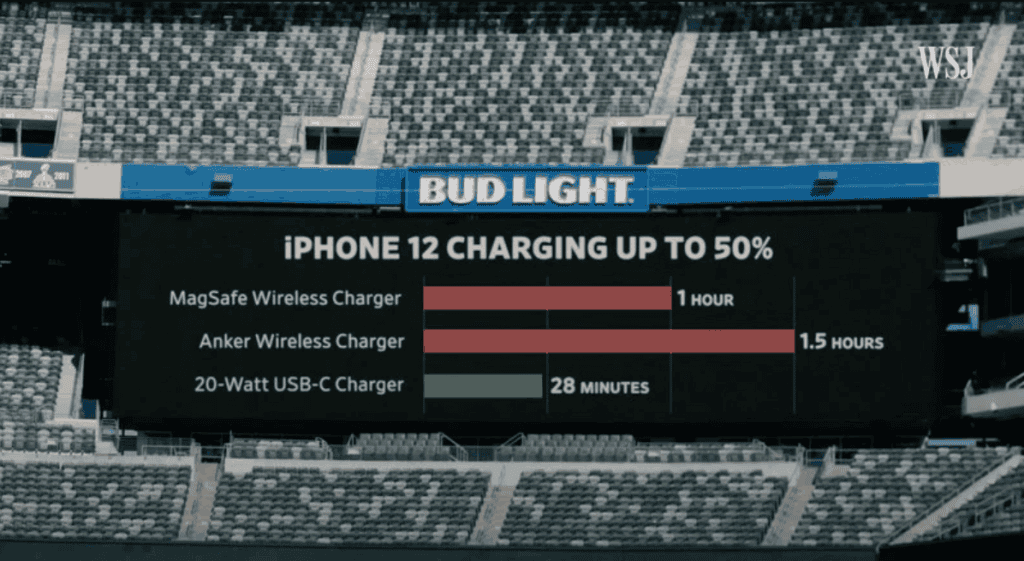 The reviewer believes that Apple’s MagSafe technology seems to be better in theory than it actually is. It is worth mentioning that, even if it takes an hour, MagSafe charging speed is faster than the traditional 7.5W Qi wireless charger.

The 20W USB-C power adapter in the Apple Store is currently priced at 149 yuan ($22). In addition, the data cable that supports MFI certification can be purchased on demand. The USB-C to Lightning cable at the Apple Store is priced from 145 yuan ($22) to 272 yuan ($41). If the power adapter and data cable are available, you need at least 294 yuan ($44) to buy official accessories. Alternatively, you can choose third-party accessories, they would be cheaper. The Anker Wireless charger actually takes 1 hour 30 minutes to get to 50% for the iPhone 12.