Huawei recently released the Huawei mate 40 series. The company did not just release these smartphones, it also unveiled more information about its latest flagship chip, Kirin 9000. This chip comes with a 24-core Mali-G78 GPU cluster. It is the world’s only 5nm 5G SoC with 15.3 billion transistors. This is one of the reasons why many people want to own the Mate 40 series. Unfortunately, the Kirin 9000 SoC will be Huawei’s last flagship SoC for smartphones. The Mate 40 series will also be the last generation of Mate flagships to use the Kirin chips. 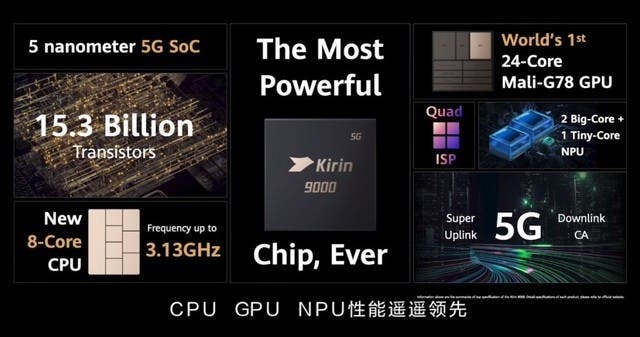 1. 15.3 billion transistors – the pinnacle of Kirin

Using the 5nm process technology, the CPU, GPU, and NPU performance is far ahead. This chip also integrates Huawei’s most powerful communication chip, as well as its most advanced ISP. Thanks to the 5nm process, Kirin 9000 integrates 15.3 billion transistors, which is 30% more than the A14 bionic. The Kirin 9000 is the most powerful chip in the industry. It also has the highest number of transistors hence its performance. Analysts believe that many people will purchase the Mate 40 series just to assess the performance of the Kirin 9000 SoC. 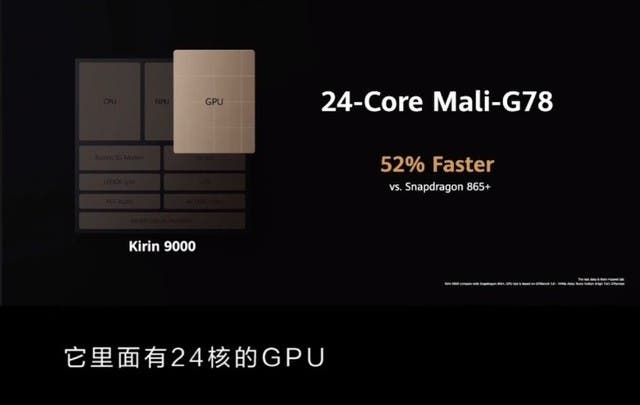 The progress of the 5nm process allows the same size chip to accommodate more transistors. This often represents an improvement in the energy efficiency ratio of the chip. You may be surprised to see that we list the Kirin 9000 as the first 5nm SoC. You are probably asking yourself, “what about the Bionic A14?”. Well, the Bionic A14 comes with a Qualcomm X55 modem this technically means that it is not a standalone 5G chip. 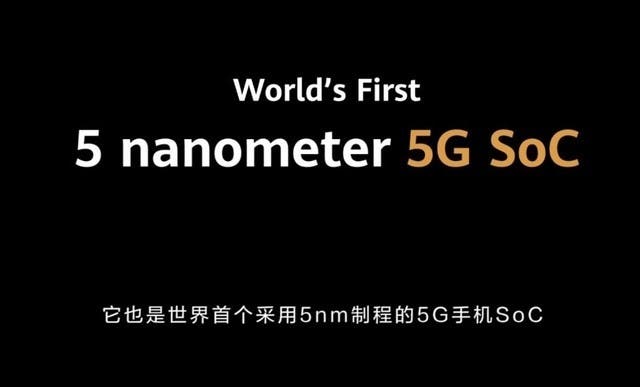 For the Kirin 9000, the Balong 5G modem is a part of the chip itself. This makes it better in power consumption and heat dissipation. Furthermore, it also makes the chip’s performance far better than its competitors.

First off, this chip comes with the highest frequency and architecture with 8-cores. The clock speed reaches 3.13GHz, which is 10% faster than competing products. For the GPU, it is the industry’s first 24-core GPU (Mali-G78). Its performance exceeds the competition product by 52%. 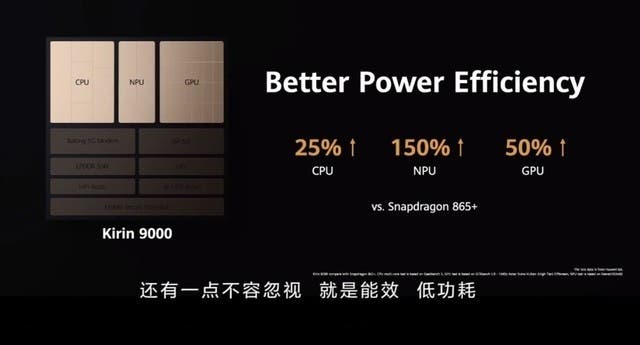 The Dimensity 1000+, which can already play large-scale games, is a 9-core Mali-G77 GPU. This is why the graphics processing capability of Kirin 9000 exceeds that of mainstream competitors by 52%.

The NPU uses a dual-core + micro-core architecture, and the AI ​​​​benchmark 4.0 ETH running score is as high as 148,008 points, which is 2.4 times the performance of competing products.

Other manufacturers only launched the first generation of 5G flagship mobile phones not long ago. However, Huawei already has three generations of 5G mobile phones. This makes Huawei more trusted when it comes to 5G. The company has made all the necessary mistakes in its first two generations. Now, it is offering the best there is. Its current uplink rate is intimidating. Huawei’s uplink rate is 5 times that of competing products while the downlink rate is twice that of competing products. 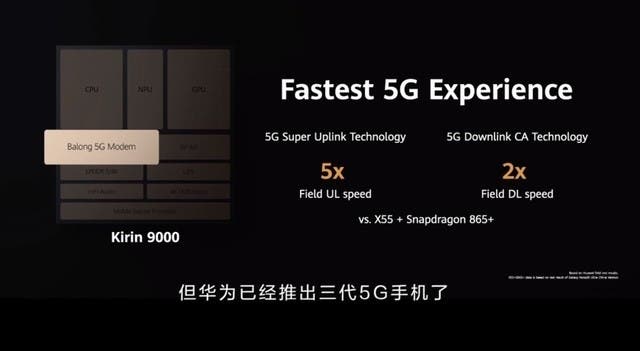 The Kirin 9000 comes with ISP6.0. Relative to the previous generation, it has a 50% increase in throughput and a 48% increase in video noise reduction.

“We pursue speed and never stop.” Yu Chengdong used this sentence to connect the past and the future when talking about the chip hardware parameter summary and the software optimization transition. This is also an appropriate summary of the development history of HiSilicon Kirin. 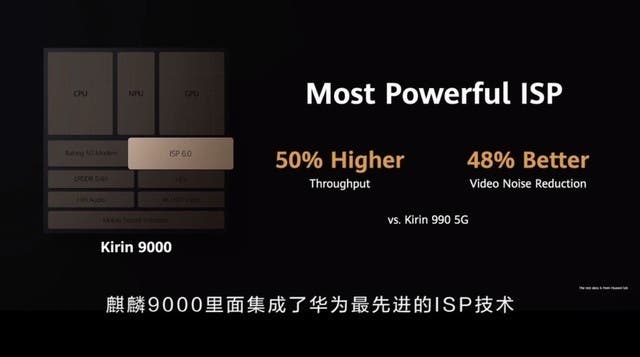 Kirin 9000 offers the most powerful performance so far. It also represents the peak of Chinese smartphone SoC design.

Kirin 9000 had a lot of obstacles to cross

In August of this year, Yu Chengdong announced that the US’s chip supply ban on Huawei comes into effect on September 15. The Kirin 9000 5G SoC on the Huawei Mate40 series will be out of stock soon and its inventory is small. The American ban is one of the major problems of the Kirin 9000 SoC.

There is no clear official data on how much Kirin 9000 chips are in stock. According to media reports, Huawei has placed an order for 15 million Kirin 9000s to TSMC, but due to limited production time, the order has not been completed. The final output is about 8.8 million.

With reference to the shipment volume of the Huawei Mate 30 series, since its launch in September last year, its global shipments exceeded 7 million units within 60 days of its launch. The industry chain reveals that the shipment volume had exceeded 12 million units by the end of last year. It is not difficult to understand why Yu Chengdong said the “inventory is very small”.

Huawei did not invest so much in the semiconductor industry

It is a pity that in terms of semiconductor manufacturing, Huawei’s investment is very insignificant. As a result, Huawei can not manufacture its chips without the approval of the U.S. However, Huawei made a huge investment in chip design. As Yu Chengdong said, Huawei has indeed made huge investments in chips and has indeed achieved a leading position.

As early as 2004, He Tingbo, the current president of Huawei HiSilicon, received a scary order from Ren Zhengfei: “I will give you 400 million U.S. dollars in annual research and development costs, and I will give you 20,000 people. You must stand up and appropriately reduce American dependence”.

Huawei’s efforts in chips have indeed allowed it to survive last year when ARM stopped all business dealings with Huawei and its affiliates. Its mastery of relevant core technologies and complete intellectual property rights have given Huawei the ability to independently develop ARM processors.

So, why can’t Huawei’s flagship smartphone business survive this ban?

The reason is that Huawei is good at chip design, not chip manufacturing.

The semiconductor is a very large industry. At present, not many companies can master the entire chain. This includes chip design, manufacturing, packaging, and testing. Of course, a single company will not want to be involved in all these stages because each stage requires huge capital investment. 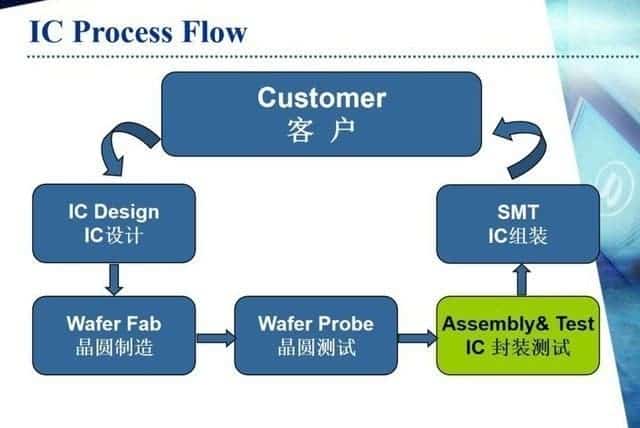 In fact, apart from Samsung, current smartphone manufacturers do not have the ability to manufacture chips. Huawei, Qualcomm, and Apple are all good with chip design. Their chip manufacturing is done by TSMC.

The problem for Huawei is that American technology accounts for a high proportion of the production process. For the 14nm and 7nm process, American technology accounts for more than 15%. Under the US chip ban, TSMC did not have the initiative to freely choose customers. This is also the reason why Huawei was blocked from producing chips for its backstage.

So, is there no chip manufacturer in my country that has independent intellectual property rights and can produce chips for Huawei? Not really.

However, without American technology, there are chip manufacturers that can ake 28nm and 14nm chips. Nevertheless, these are not enough, the current mainstream chips have entered the 5nm stage.

The situation is quite difficult for Huawei presently. However, its response to the entire fiasco suggests that it is committed to continuing technological innovation.