According to recent reports, Apple is working on the development of a new generation of A15 series processors. The reports claim that Apple will use TSMC’s enhanced 5nm version (N5P) process. Also, there are claims that the production will commence in the third quarter of next year. 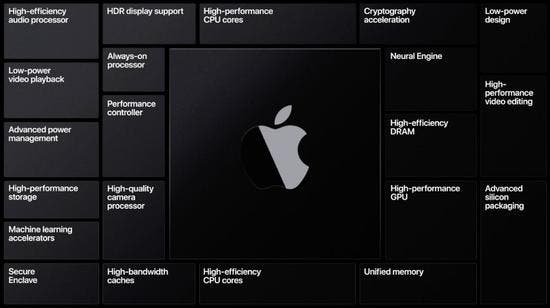 TSMC’s EUV lithography technology is in mass production and the process covers 7 + nanometers, 6 nanometers, and 5 nanometers. According to industry sources, TSMC 7+ nanometers use EUV mask layers up to four layers. TSMC’s 6nm process will enter mass production in the fourth quarter of this year. The EUV mask has one more layer than 7+nm. Major manufacturers including MediaTek, Huida, and Intel will use 6nm to produce new-generation products.

TSMC’s 5nm process is mainly for Apple’s mass production. However, AMD, Qualcomm, Huida, Intel, Broadcom, Maiwell, etc., will still use the 5nm process. The number of 5nm EUV masks can be up to 14 layers. Therefore, Fab 18 factory has built huge EUV exposure equipment in the first to third phases. In response to strong demand, TSMC will launch a 5nm enhanced version of the N5P process next year. Equipment manufacturers expect TSMC’s enhanced 5nm process mask layers to increase relative to 5nm.

TSMC recently announced that the 3nm R&D progress is in line with expectations. Compared with the 5nm process, the logic density of 3nm can be increased by 70%, and power consumption can be increased by 15%. The computing performance can reduce power consumption by 30%. The number of EUV mask layers in the 3 nanometer process exceeds 20 for the first time. According to estimates. it could be up to 24 layers.

ASML CEO, Peter Wennink, the number of EUV mask layers in the 5nm process will exceed 10. The number of mask layers will increase significantly and replace the deep ultraviolet (DUV) multiple exposure process.

There has been a significant increase in TSMC’s 5nm and 3nm EUV mask layers. Of course, the companies that provide the EUV Pods are in real business. Their revenue is massively increasing due to the high demand from TSMC. The production capacity of this and next year has been booked out by major customers. As for the significant increase in EUV production capacity, Chongyue, an agent of EUV photoresist, has received orders, and orders are also scheduled for the second half of next year.