The Chinese company TCL has started talking about rollable smartphones at the beginning of the year, at the January CES 2020. Now a video has appeared on the network showing a prototype of such a smartphone.

A short video shows how a smartphone with a 4.5″ screen can stretch up to 6.7 inches without significantly increasing the thickness of the device.

TCL is developing a technology based on flexible backing OLED screens. The manufacturer said that at the moment such screens can be collapsed and expanded 200 thousand times.

At IFA, the Chinese manufacturer announced that it does not plan to bring devices with such a screen to the market until the end of 2020. However, Ross Young, Founder and Lead Analyst at DisplaySearch and DSCC, commented on the video, noting that there is a “race” with the release of such devices, which means that we will not have to wait too long.

TCL is preparing to launch a smartphone with invisible cameras

Recently, TCL has patented a futuristic phone that stands out from all other smartphones on the market. Firstly, its front camera is located below the display surface, and secondly, the main camera on the back is also invisible.

It is expected that this sub-screen front camera technology will be used in a large number of smartphone models as early as next year, and on September 1, the first commercial smartphone with a camera under the screen – ZTE Axon 20 will be presented.

On the front, we see a screen without cutouts or holes, although by today’s standards the bezels are quite wide. The patent description states that the selfie camera of this TCL smartphone is located under the screen. But even more interesting is the rear panel, where the cameras are not visible either. The body is noticeably thicker at the top, which is probably where the hidden lens image sensors are located. 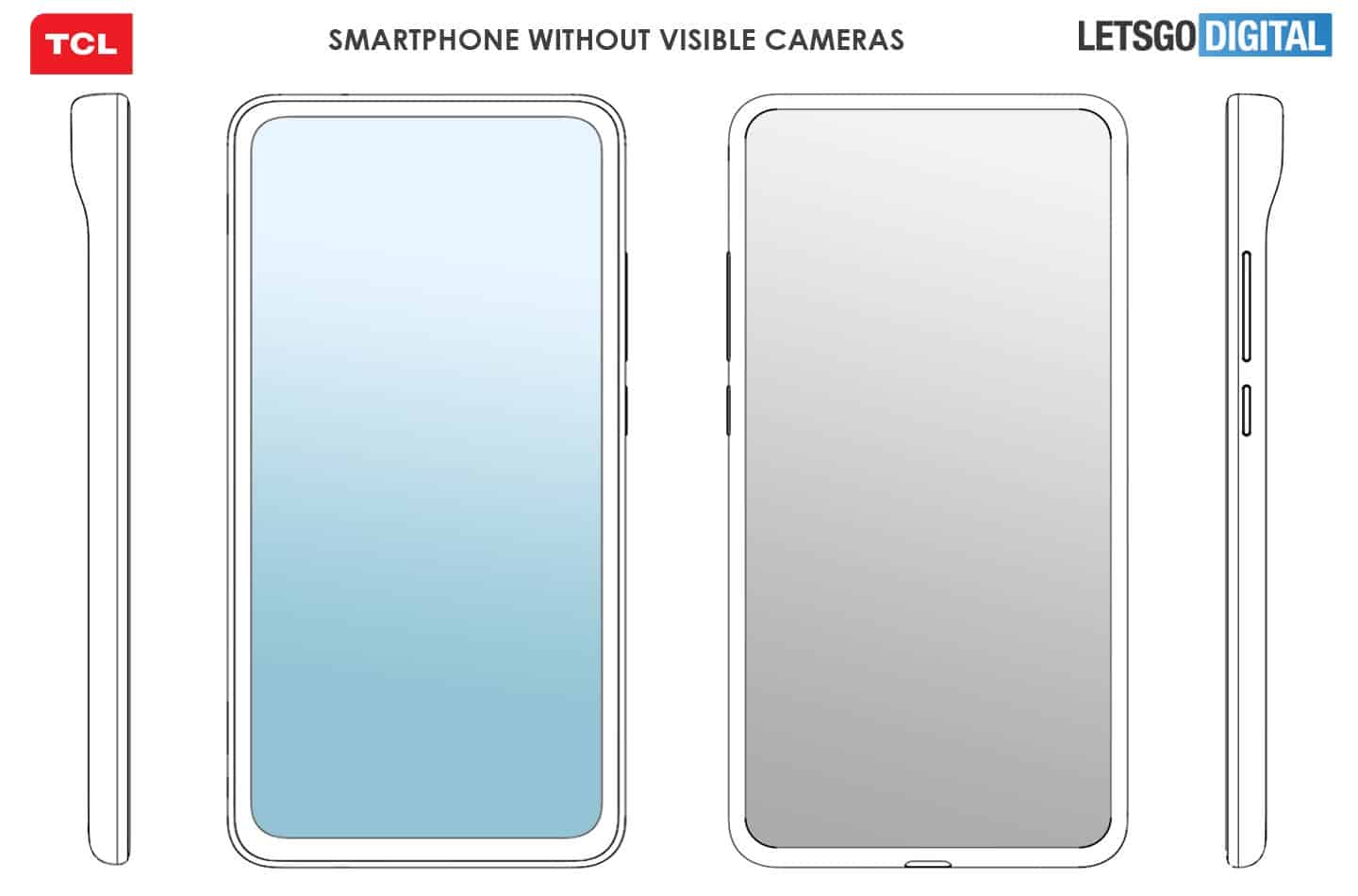 It is possible that in this case, it will use the same (or similar) technology as the OnePlus Concept One, which we saw earlier this year. This phone has a glass back cover that changes color, and the camera is not visible when not in use.

On the right side of TCL’s patented phone, we see buttons for turning on and adjusting the volume. There are no buttons and connectors on the left and top sides. At the bottom, only the USB-C connector is visible.