In December, Qualcomm is due to unveil its new flagship Snapdragon 875 chip. Its premiere should take place at the technology summit, which the chipmaker organizes annually in December; and the expected date of the announcement is December 1. The new 5-nanometer chip will form the basis of the flagships of 2021 and the Xiaomi Mi 11 and Samsung Galaxy S21 should receive it first.

And today, unexpectedly, a message came from one of the Chinese insiders, who claim that the Snapdragon 875 will receive a slightly simplified version. We are talking about the Snapdragon 870 chip and its cores will operate at a peak frequency of 3.2 GHz; which means that the new product should be more powerful than the Snapdragon 865+.

But Snapdragon 870 will be an exclusive SoC. At least, perhaps at first. According to an insider, the new chip will be exclusive to Oppo. But what kind of smartphone will receive it is not reported. 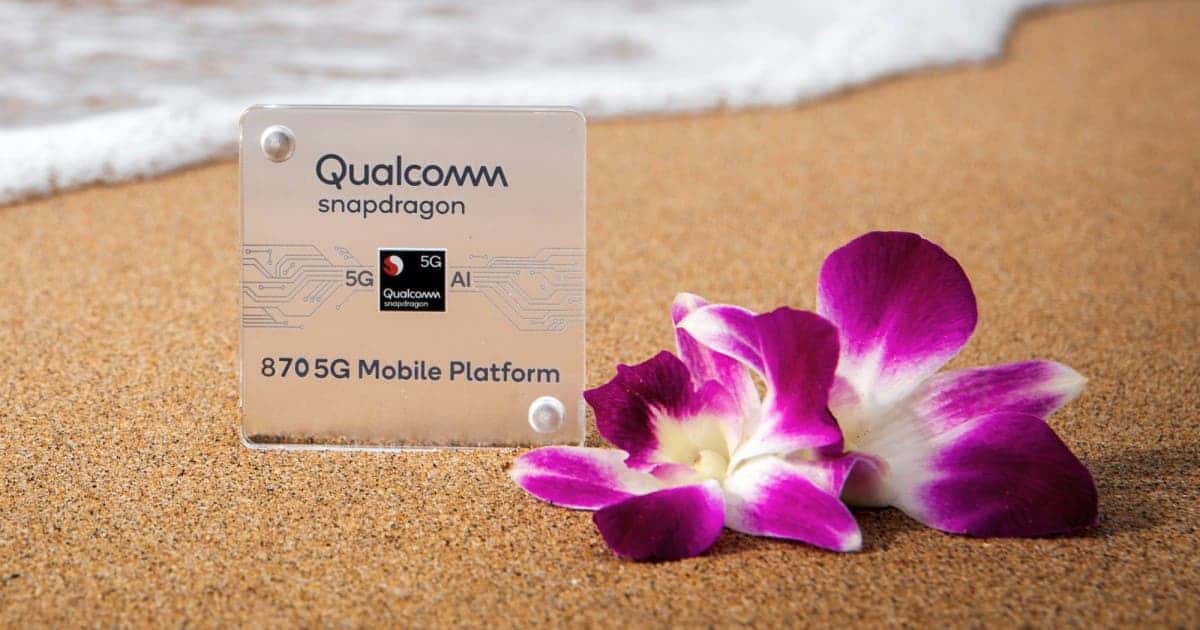 The Snapdragon 875 SoC may be unveiled on December 1st. The insider Roland Quandt said Qualcomm has sent out an invitation to the media for an event scheduled for the first day of December.

Given that the Snapdragon 865 was unveiled in early December; it is likely that Qualcomm is using the December event this year to announce a new flagship SoC.

There are no specific details about it yet, but it should be produced using the 5 nm process technology. In terms of configuration, the Snapdragon 875 should include one Cortex-X1 core, three Cortex-A78 cores and four Cortex-A55 cores.

Some sources said that the Snapdragon 875G is very likely to be the SD875 Plus. But compared to the previous routine (the Plus version slightly increases the CPU and GPU clock speeds compared to the regular version, resulting in a small performance improvement), the upgrade rate will be even greater. So there is every reason to think Qualcomm may start releasing special versions of its flagship chips focusing on gaming.

Samsung has begun mass production of the SD875 on the production line in South Korea using EUV equipment. It will use the same TSMC’s 5nm process to produce the Apple A14 and the Huawei Kirin 9000.

In addition to the Snapdragon-875 processor, Samsung’s 5nm process production line will also contract the Snapdragon X60 modem and Exynos 1000.

The Snapdragon-875 may introduce the combination of Cortex-X1 super core and Cortex-A78 core for the first time. The newly designed X1 core has 30% and 23% higher energy efficiency than the A77 and the A78, respectively. And its machine learning ability is also higher than that of the A78. We expect it to integrate 5G baseband on Qualcomm’s flagship platform for the first time, saying goodbye to plug-ins.