Chinese manufacturing giant, Huawei, had a lot to say at the official launch of the Mate 40 series in China. According to a top executive, Yu Chengdong, the Huawei Mate 40 series comes with a new memory expansion technology. From the description of this technology, we can see that it adds 2GB to the original memory of the phone. According to Huawei, an 8GB physical memory will be equivalent to 10GB with this technology. The same thing is obtainable for a 12GB memory. After expansion with this technology, it will be equivalent to 14GB memory. With dynamic group compression and super memory flash fusion, the average number of caches in the application backstage has increased from 11 in Mate 30 Pro 8GB to 16.6 in Mate 40 Pro 8GB. 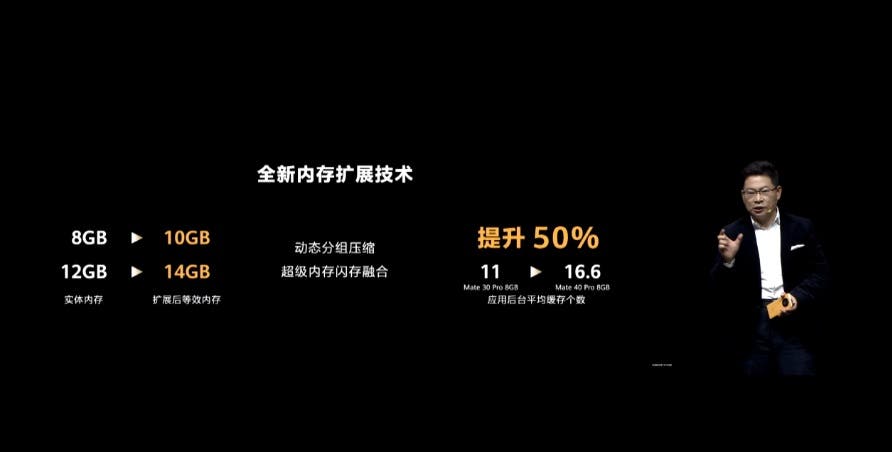 The US Allegedly Allows Chipmakers To Deal With Huawei

A chipset manufacturer in talks with Financial Times hints that companies who want to supply Huawei will not get the approval if the technology supports or relate to 5G. This means that there is a chance for Huawei to deal with chipmakers. However, there is one rule involved. Chipmakers will not be able to deal with 5G equipment.

As you may know, Huawei remained the 3rd largest mobile manufacturer in the world. You can imagine how much impact of their investment and dealing would have on the economy. South Korean giant Samsung understands that. And that is why they gave the opportunity to Huawei. Samsung will be supplying OLED Panels to Huawei. And now, finally, Huawei might be able to resolve one major issue of chipsets.

The news is not official as of now. The final words will come from US Department of Commerce. And we will only get assured when their official wording is out. If it’s a green light from the  US Department of Commerce, then be ready to see Kirin back in action. What are your thoughts on this news? Even though if Huawei is able to get its chipset makers back, it won’t be able to use Google services which is another big issue faced by Huawei.

Previous Huawei currently has up to 200W fast charging technology