After the listing of OnePlus 8T, people began looking forward the OnePlus 9. And though we understand it is still far from the official release, this doesn’t restrain us from not thinking about it. Moreover, today, XDA found a trace of the OP9 in the code of OxygenOS. 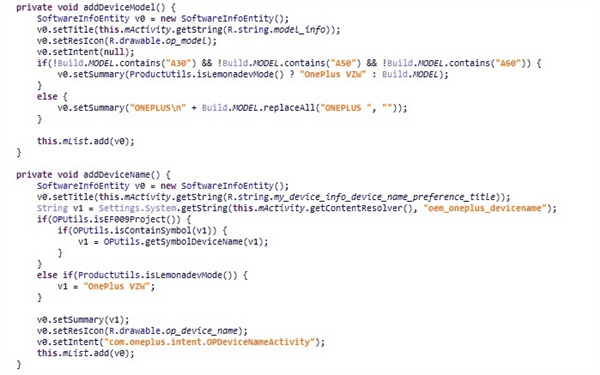 The two flagships will be sold through US operators T-Mobile and Verizon. The Verizon version of the OnePlus 9 is codenamed lemonadev and supports mmWave.

Prior to this, OnePlus had launched the Verizon version of OnePlus 8 in the United States. The machine was named the OnePlus 8 5G UW. It supports mmWave as well as an IP68 dust and water resistance (The Chinese version of the OnePlus 8 does not support IP68. This feature is only available in the Pro version).

In terms of core configuration, the OnePlus 9 should come with Qualcomm’s Snapdragon 875 flagship processor. This chip is based on a 5nm process and may use the ARM Cortex X1 super core. It is expected to integrate a 5G baseband. The AnTuTu score may exceed 700,000 points.

Also Read: OnePlus 9 Will Be Introduced Much Earlier Than Expected

Our protagonist should hit the market in the first half of 2021. But no specific date can be mentioned.

As a flagship product series, the OnePlus 9 line will definitely sport the next-generation Snapdragon 8 series flagship SoC (probably the Snapdragon 875). Moreover, we think all of its upcoming flagship smartphones will adopt a refresh rate of at least 120Hz. At the same time, the major smartphone manufacturers are in a race for the title of the fastest charging technology. In this sense, OnePlus can’t fall behind of its rivals. And we guess, the charging power of the OnePlus 9 will be at least 65W.

Another interesting thing, OnePlus phones have been always focusing on photography. And the upcoming OnePlus 9 shouldn’t be an exception. As the tipster guesses, it will be powered by a 64-megapixel CMOS.