This morning, Xiaomi’s founder, chairman and CEO Lei Jun said in a post that the latest reports released by well-known research companies Canalys, IDC and Counterpoint all show that Xiaomi has returned to the top three in global smartphone shipments.

Among them, IDC’s third-quarter global smartphone market data showed that there were 353.6 million shipped units. This is a drop of 1.3% from 358.5 million units in the same period last year. Xiaomi’s shipments in the third quarter were increased by 42% year-on-year to 46.5 million units, ranking third. 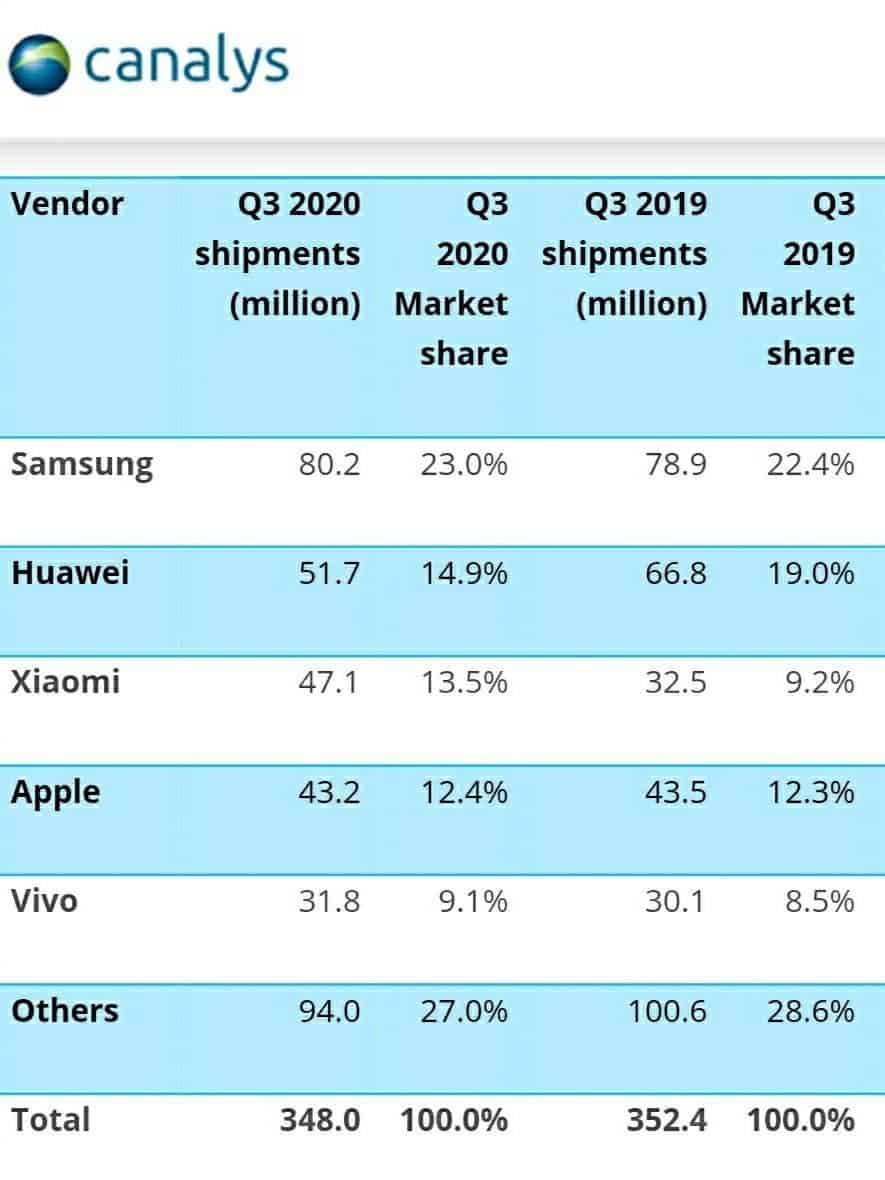 Has also added that ‘in Q3 2014, Xiaomi ranked third in the world for the first time. Six years later, I am very excited to return to the third place in the world.’

Lei Jun talked about Xiaomi’s evolution, saying that it has already entered the Fortune 500 list. In fact, Xiaomi has made a series of impressive achievements in an extremely fierce competitive environment. ‘I am sincerely proud of this. In the future, we will continue to adhere to the ‘three iron laws’ that Xiaomi never changes, namely: technology-oriented, cost-effectiveness-oriented, and making the coolest products.’

Anyways, earlier today, we were talking about the differences between the smartphone shipments data provided by IDC and Counterpoint. And though that difference didn’t refer to Xiaomi, according to one company the fifth place belongs to OPPO, while another company proves it belongs to VIVO.

Read Also:  Xiaomi smartphones to have a Snapdragon 8 Gen 1+ chip

It is worth mentioning that Realme ranked seventh with 14.8 million shipments. As a former OPPO overseas sub-brand, Realme has further increased its shipments after returning to the Chinese market. Taken together, OPPO and Realme smartphone shipments totaled 45.8 million units in the third quarter of 2020, surpassing Apple.