Last month, the LG Wing was introduced, as the first smartphone within the new Explorer Project. Within this phone series, LG will introduce models with innovative, bold designs, creating new functions, and usage possibilities. For example, the Wing has a Dual Screen swivel design. During the unveiling, LG also showed a short teaser video of an under development LG phone. This smartphone also comes under the LG Explorer Project. This smartphone seems to have a retractable display. 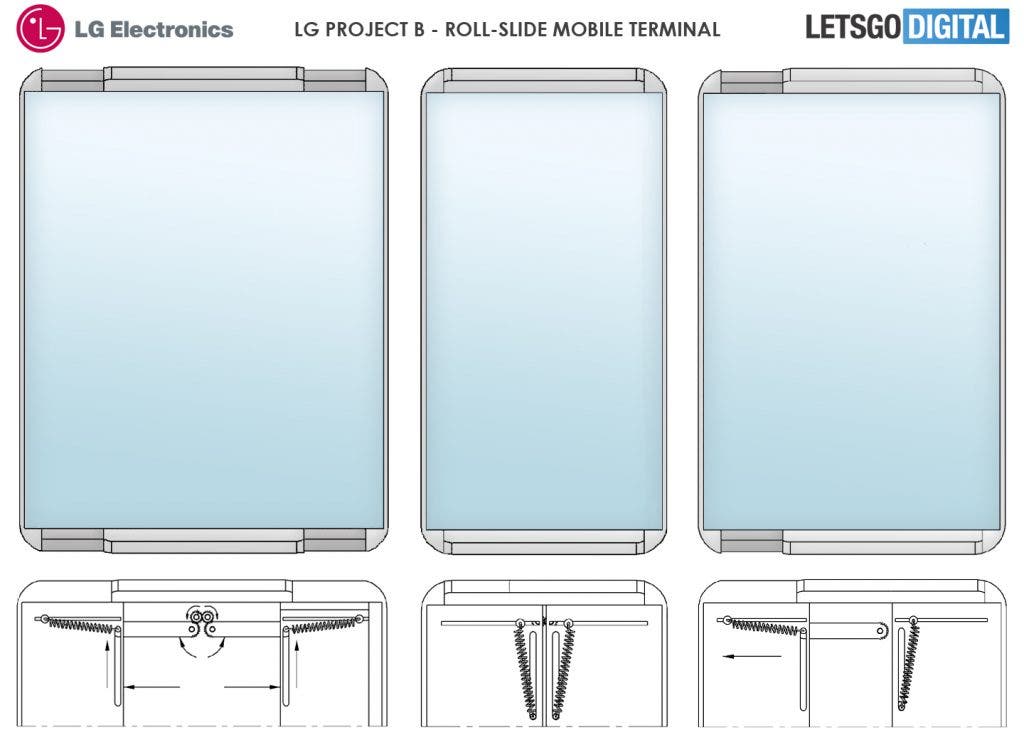 In November last year, there were reports on an LG pull-out phone, where the screen area could be doubled. There were various LG smartphones with a roll-up display. This time, the Korean manufacturer has a patent for a very versatile smartphone with a retractable and rollable display.

The patent called ‘Roll-slide mobile terminal’ was filed by LG Electronics in August 2019 at the USPTO (United States Patent and Trademark Office). On September 24, 2020, the documentation was published and also included in the WIPO (World Intellectual Property Office) database for the worldwide protection of the captured technology. 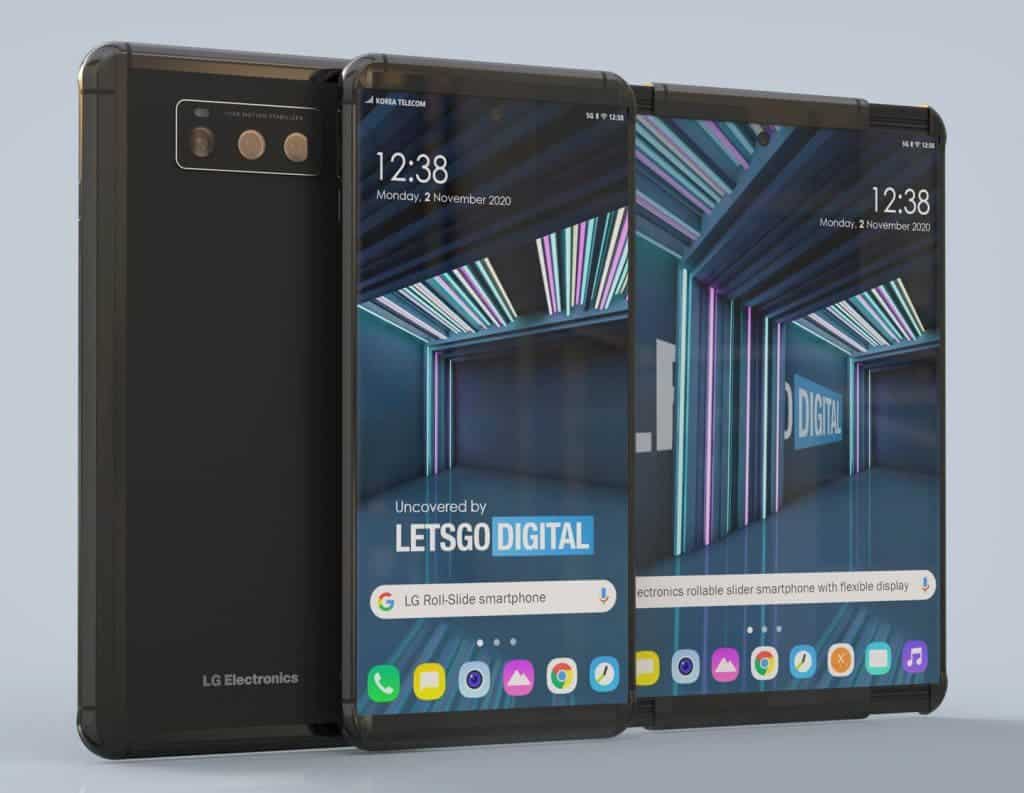 The LG smartphone patent shows a device with a flexible display that can partially roll up from its housing. In its most compact form, you have the size of a regular smartphone at your disposal. Thanks to the roll-slide mechanism it is possible to pull out the phone on both sides. That is, both to the left and to the right.

Once the display is out, the screen area increases by 100%. The user can also decide to roll out only one way if desired. When pulled out, the left and right frame edges will move with it, so that the rollable display remains well protected by the housing and the user can use the frame edges as a grip. 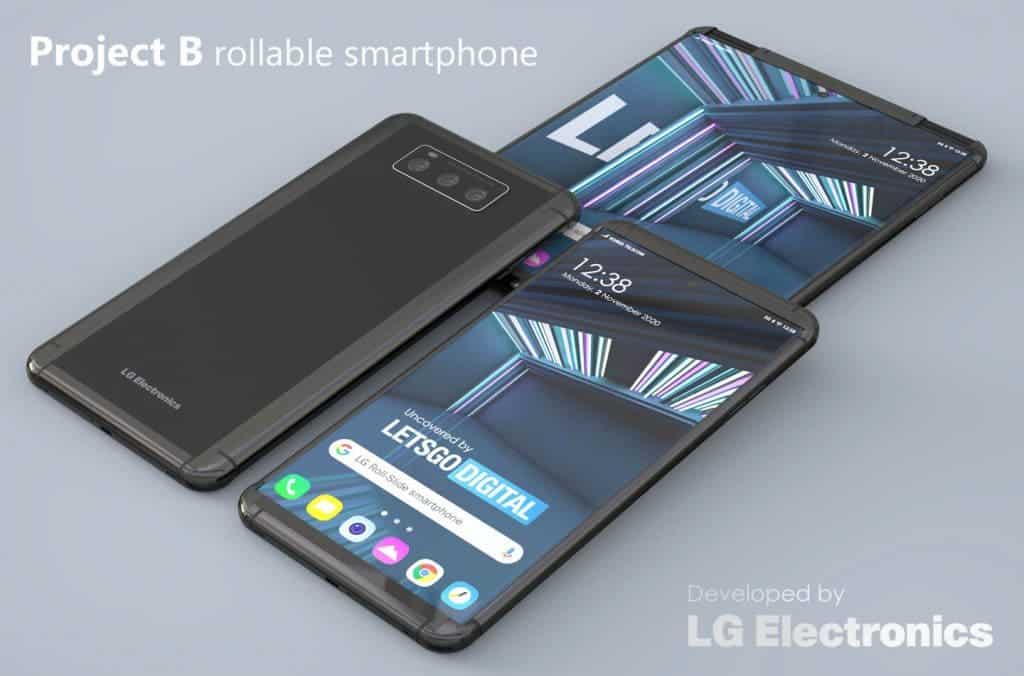 The pull-out smartphone from LG has an OLED display and a metal housing. When the display is pulled out, a second frame rolls out, which supports the top and bottom of the roll-up display. This second frame is flexible in nature and can slide back into the metal mainframe when you want to use the smartphone in its most compact form.

Foldable phones are the future

Because the display rolls out from the sides, it takes up relatively little space in the housing. This leaves sufficient space available to process all the necessary components.

LG will also install a kind of ‘slide slot’ to prevent the screen from unintentionally rolling out or rolling back in again. This slide lock can also prevent the flexible display from rolling in and out too quickly, which could cause creases in the screen.

The use of a retractable screen is extra durable relative to all foldable models you can currently buy. Finally, you should always bend these devices at one specific point, so that the screen is most vulnerable at the folding line.

With a bendable display that rolls out, there is no longer one specific position that keeps folding up and down. This benefits sustainability, as LG Electronics describes in the extensive documentation.