Chinese manufacturer, Meizu, is trying hard to keep its smartphone business. In recent times, the company’s phone business has been going down. Presently, we hardly get any report from Meizu with respect to smartphones. Despite its poor smartphone business, the company still managed to release the Meizu 17 series. This morning, Meizu announced that it has pushed the second update of Flyme 8.2.0.0A (stable version). However, the company claims that this stable update is still on the trial level. 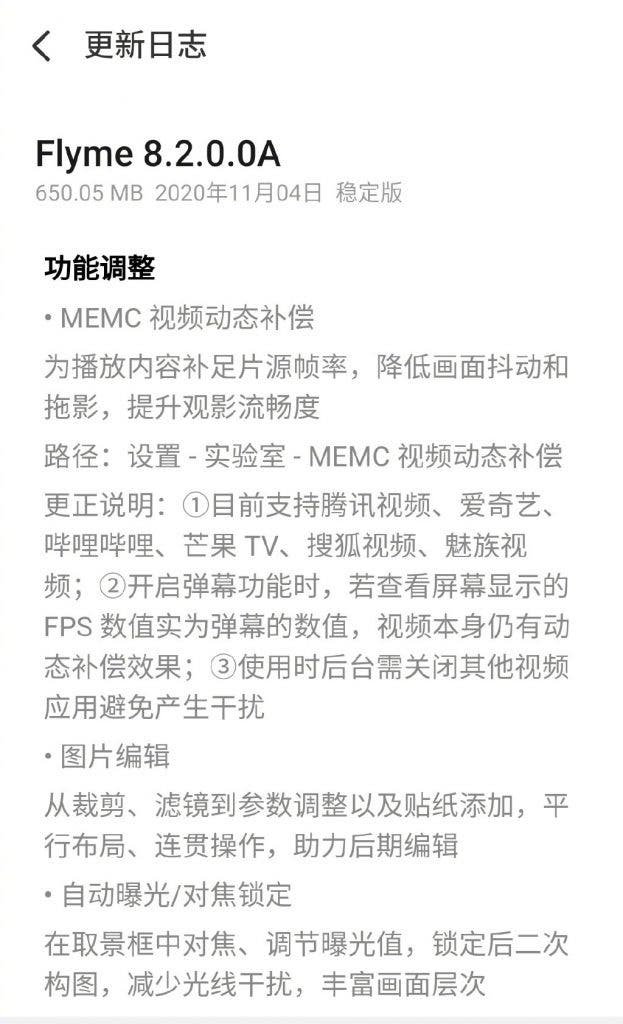 It should be noted that when the barrage function is turned on, if the FPS value displayed on the screen is actually the barrage value, the video itself still has a dynamic compensation effect. At the same time, other video applications must be closed in the background to avoid interference.

According to a message on the official WeChat of Meizu Technology, the Meizu 17 series once again released an important update. This update brings MEMC dynamic interpolation compensation technology, leading a new round of system function upgrades.

It is interesting that Meizu Technology is still releasing updates for its smartphones despite its dwindling smartphone business.

The Meizu 17 series has two smartphones that include Meizu 17 and Meizu 17 Pro. These smartphones were released back in May. For those who may have forgotten what these devices offer, here is their specs sheet.