Today, Huawei EMUI officially announced that the MatePad Pro and the MatePad Pro 5G had fully upgraded the official version of EMUI 11. To get the new version update of the system, just follow the steps: Open the [Service] app—Service—Upgrade early adopters to start the experience.

The Huawei MatePad Pro 5G uses a 10.8-inch full screen with a screen-to-body ratio of 90%. The body weight is only 492 grams. Under the hood, it carries the Kirin 990 5G SoC. Also, among its multiple selling points, we should also mention the wireless magnetic HUAWEI M-Pencil stylus. The latter supports wireless charging, 4096-level precision pressure sensitivity, and side front and screen shorthand. 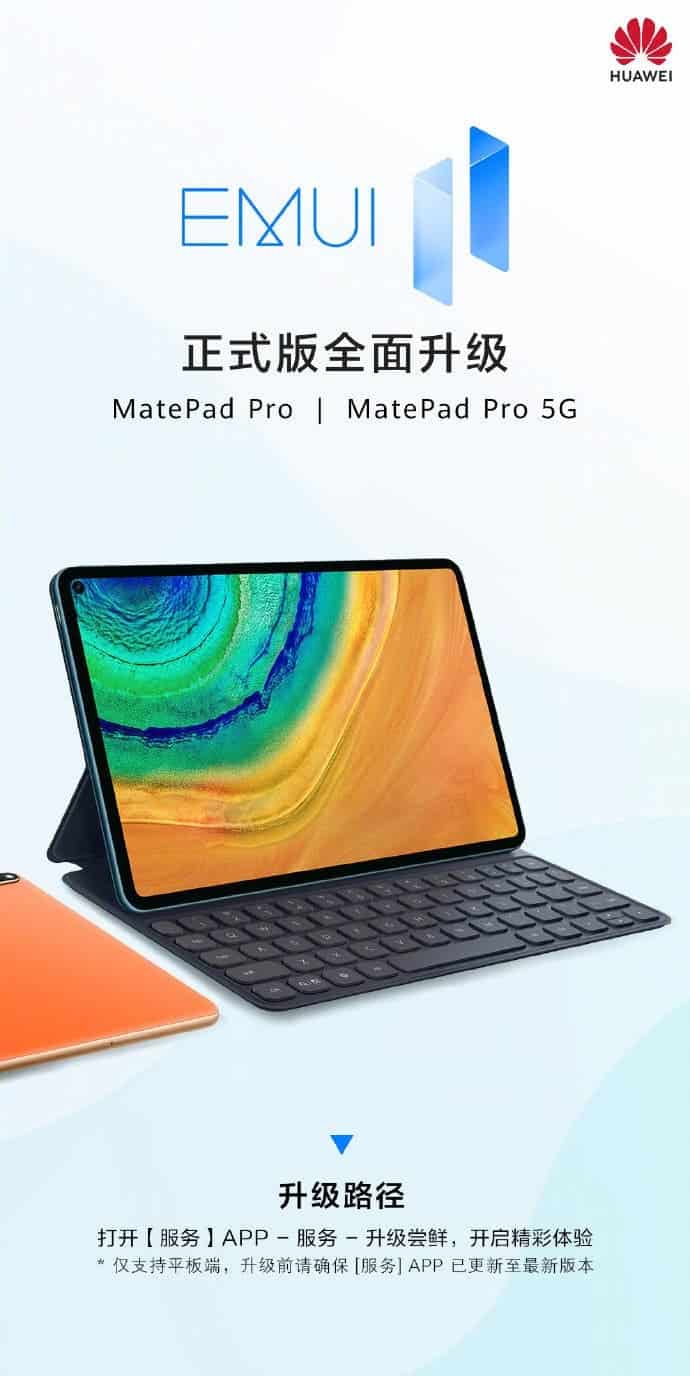 EMUI 11 plans to upgrade 37 models, with an upgrade volume of about 200 million. Wang Chenglu said that the upgrade rate of Huawei EMUI 11 will exceed 90%. So it will rank first in the world in terms of upgrade rate and upgrade volume.