Google never was a company known for shipping fancy colored versions of its smartphones. However, nowadays, colored smartphones are a strong trend in the industry. After all, just black and white has become boring with time. Nowadays we have texturized backs, gradients, matte, and many other finishes to give a little more appeal to our handsets. With the Google Pixel 4, Google decided to give more color to its smartphone lineup by introducing an Orange colorway. When the company unveiled the Pixel 4a, we expected it to follow this trend, but surprisingly, the company shipped it in just a single Black colored version. This may not be a big deal for some customers, but it may be boring for the other part. Well, some months after the release of the mid-range, the search giant decided to introduce a new Barely Blue colorway. 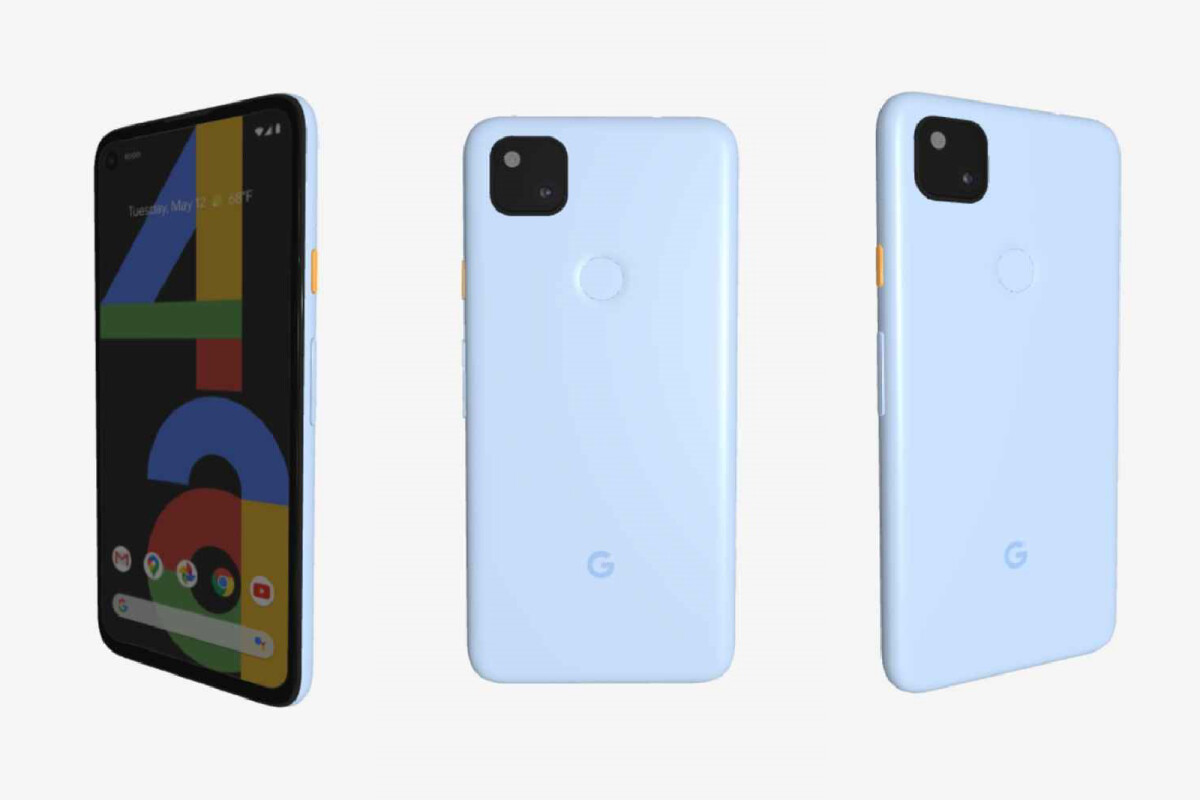 It’s fun when we see that Google’s name for this color is pretty much… descriptive. It’s not that Blue, it’s barely blue (pun intended). In fact, the colorway is very pale and not quite saturated. Is more Baby Blue than anything. To diversify a little bit the new color, the company brought a Yellow power button. That’s a characteristic design choice adopted by Google since the days of Panda Pixel. Apart from the new paint job, the device brings the exact specifications of the Black Pixel 4a. Moreover, it costs the same $349 price. Worth noting, that this colorway may be rather limited in availability, maybe a Special Edition. So if you want one, don’t take much time to buy it since stocks should be limited.

The Google Pixel 4a brings a 5.8-inch OLED panel with FHD+ resolution and a left-aligned punch-hole serving as a house for the 8MP front shooter. Under the hood, we have the Snapdragon 730G, which isn’t the most powerful chipset of 2020. Moving around to the back, we have a single 12MP sensor accompanied by a LED flash. This camera brings OIS, Live HDR+, Night Sight with Astrophotography, and other software features powered by the Google Camera app.

The phone draws power from a very underwhelming 3,140mAh battery that at least has 18W fast-charging. The phone came with Android 10, but already received an update to Android 11. Other features include stereo speakers and a 3.5mm headphone jack.

Worth noting, that Google already released the Pixel 5 and Pixel 4a 5G this year, so the vanilla variant is the least appealing device of the trio. We are curious to see whether the new Barely Blue will impact in sales.