We’re getting closer and closer to winter holidays – or Christmas for those who celebrate it, so you are probably planning on buying yourself a new daily driver to end on a positive note this very complicated year (to say the least). Thus, here’s where you’ll find the top 5 best Chinese phones for under $500; keep reading!

With its flagship grade hardware and affordable pricing, the POCO F2 Pro from Xiaomi’s sub-brand is still one of the best smartphone to get in this price range. Specs include a powerful Qualcomm Snapdragon 865 CPU, 6GB of RAM and 128GB of internal storage.

We then find a massive 6.67-inch AMOLED display with a hidden pop-up 20MP selfie camera. Meanwhile behind we have a total of four cameras, including a primary 64MP Sony IMX686 shooter; a secondary 5MP telephoto lens, an ultra wide angle 12MP camera and a 2MP depth sensor.

If you’re a photo-centric user, then the Honor Play 4 Pro is a very interesting alternative for under $500, as far as photography is concerned. The Play 4 Pro by Honor does indeed come with some impressive camera hardware starting with a primary 40MP Sony IMX600 large size sensor with f/1.8 aperture paired with an 8MP 3X periscope camera; both featuring OIS (optical image stabilization). For selfies, we have a 32MP selfie snapper and a secondary 8MP ultra wide lens.

The smartphone is also quite powerful with a Huawei Kirin 990 chipset under the hood; coupled with up to 8GB of RAM and 128GB of internal storage (expandable).

Finally, we find a 4200mAh capacity battery with support for 40W fast charging and an NFC module. 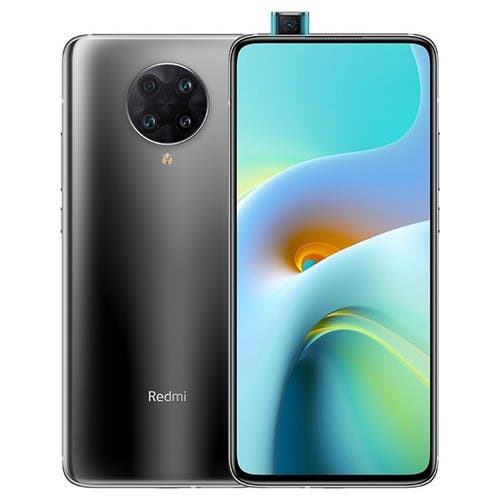 Next, we find what’s probably the best “mid-ranger” ever seen on the market. For just over $300 you do indeed some rather impressive hardware such as the 6.67-inch AMOLED FHD+ display with a 120Hz refresh rate. While powering it we find the exceptional MediaTek Dimensity 1000+ CPU, supported by 6 GB of RAM and 128 GB of non-expandable memory.

For photography, the handset sports a 64MP Sony IMX682 sensor, paired with a 13MP ultra wide lens, a 5MP telephoto and a 2MP depth sensor. In the pop-up camera hidden inside the frame we instead find a 20MP sensor.

Just like the Redmi K30 Ultra, the Realme X7 Pro also comes with a MediaTek Dimensity 1000 series CPU, though a slightly less powerful variant. Nevertheless, the SoC is paired with a minimum of 8GB of RAM and 128GB of internal storage.

The Realme X7 Pro also features a 120Hz high refresh rate AMOLED panel, with a punch hole in the upper left corner for the 32MP selfie snapper. On the back, we find a main 64MP Sony IMX686 flagship-level sensor, paired with an 8MP ultra wide lens, a 2MP depth camera and a 2MP macro sensor.

As far as battery life, the X7 Pro packs a 4500mAh juice pack with support for a whopping 65W fast charging and there are NFC functionalities.

Last but not least, we have OnePlus bringing a new and affordable yet solid device – the OnePlus Nord N10 5G. The smartphone features a 6.49-inch FHD+ display with a refresh rate of 90Hz and is powered by a Qualcomm Snapdragon 690 5G CPU; along with 6 GB of RAM and 128 GB of internal memory, expandable with the help of a microSD.

Other specs include a 4300mAh capacity battery, support for 30W fast charging and an NFC chip for electronics payments and more.

Next Google Pixel 4a gets a new Barely Blue colorway