Microsoft just made an interesting announcement. Together with AMD, Intel and Qualcomm, the company unveiled a “shared vision for the future of Windows PCs”; with security built into the core itself.

The Microsoft Pluton processor is designed to improve the ability to repel physical attacks; and prevent theft of credentials and encryption keys, provide hardware and software control and system integrity checks; and simplify the cloud-based firmware update process (via Windows Update). 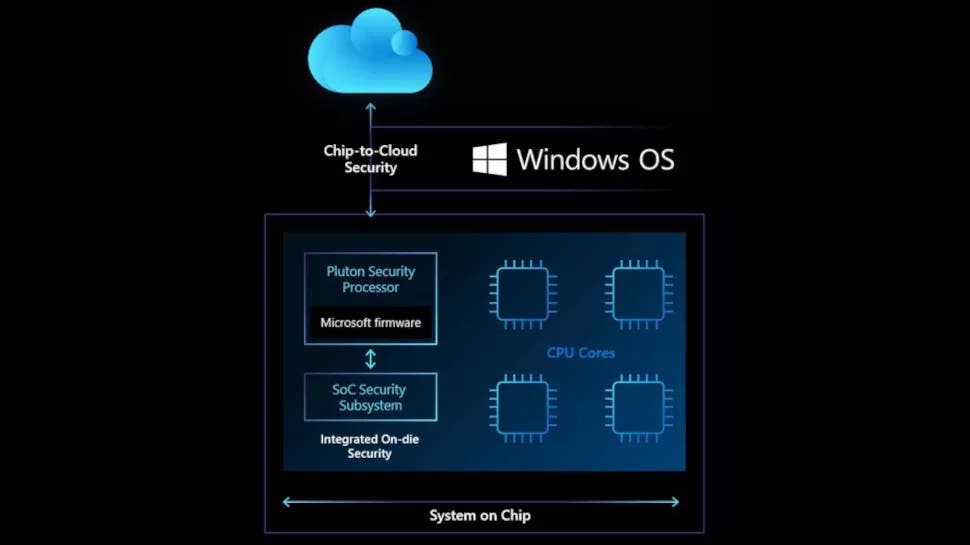 “This revolutionary security processor design will make it significantly more difficult for attackers to hide beneath the operating system; and improve our ability to guard against physical attacks, prevent the theft of credential and encryption key; and provide the ability to recover from software bugs”.

Unlike TPMs, which are now widely in use to securely store keys and parameters that confirm the integrity of the system; So, Pluton’s design eliminates the possibility of an attack on the communication channel between the CPU and TPM.

The Pluton security processor will appear in future solutions from AMD, Intel and Qualcomm to protect credentials, user IDs, encryption keys and personal data. Also, Microsoft promises that you informations will be secure with Pluton; This, even if an attacker installs malware or gains complete physical control over the computer.

“With the effectiveness of the initial Pluton design we’ve learned a lot about how to use hardware to mitigate a range of physical attacks. Now, we are delivering a chip-to-cloud security vision to bring even more security innovation to the future of Windows PCs”.

“With Pluton, our vision is to provide a more secure foundation for the intelligent edge and the intelligent cloud by extending this level of built-in trust to devices, and things everywhere.”

Previous POCO M3 will be announced on November 24