While smartphones’ displays have been pretty much identical nowadays thanks to the bezel-less trend, companies are trying to innovate with distinct camera designs. Since the introduction of the iPhone 11 series, we saw companies shifting the former horizontal shape in favor of a rectangular camera island placed at the top left corner. Just a few companies are betting on the circular camera shape nowadays. We can list Huawei’s Mate 40 series that brings quite an original camera design on its back. Realme has been a strong user of horizontal alignment but started to shift to the rectangular form factor. According to a new patent, the company is also going to try the circular design pretty soon. This makes sense, after all, we don’t think that companies will be comfortable making devices without significant differences in design.

Realme has filed a patent for an upcoming smartphone with a circular camera module on the rear side. The array quite resembles the last year’s Huawei Mate 30 Pro and seems to house four camera sensors. The other possibility is that one of these holes serves as a house for the LED flash, something that would make this a Triple-Camera array. 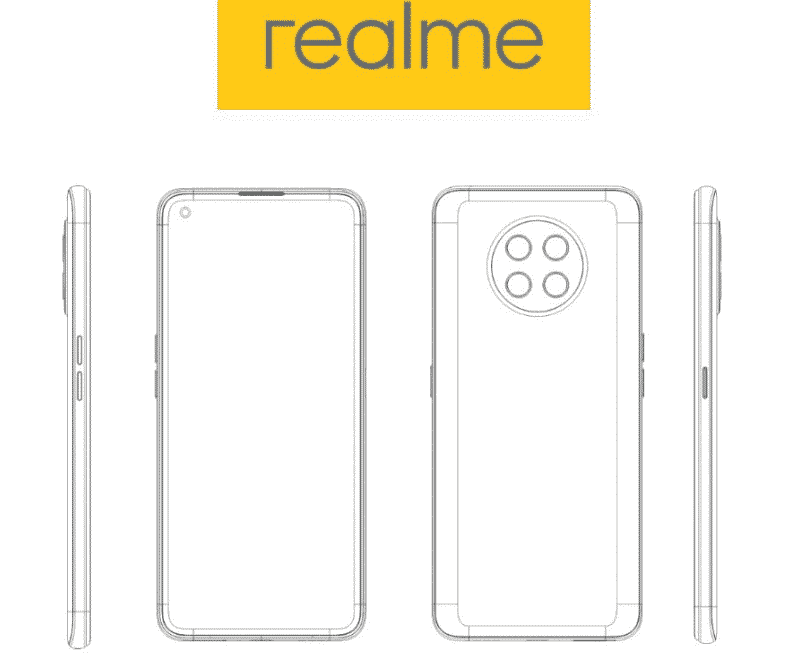 Apart from the camera module, the patent also reveals that the power button is placed on the right while the volume rocker sits at the left part. Interestingly enough, this is a standard power button and there’s no rear-mounted fingerprint scanner. Therefore, we believe that this device is may also come with an AMOLED display and an in-display fingerprint scanner. Realme is known for using AMOLED panels even on its cost-effective devices like the recently released Realme 7 Pro. Talking about the display, we can see the usual top-left aligned punch hole for the selfie snapper. 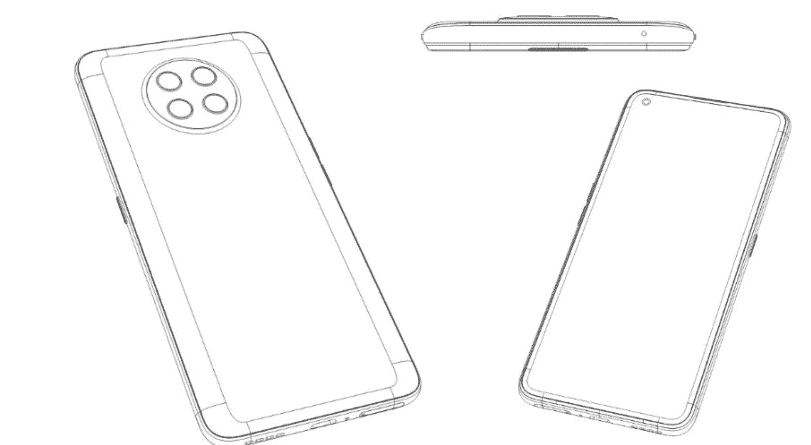 The phone is quite bezel-less with minimal bezels at the top and bottom parts. On the bottom, we have the charging port, probably a USB-C port with exciting fast-charging capabilities. After all, Realme upped the game introducing a mid-range phone with 65W fast-charging. The bottom part all serves as a house for the speaker grille and SIM tray. The phone has an ergonomic curvature at the back and seems to lack a 3.5mm headphone jack. So this probably isn’t a mid-range phone, after all.

Realme recently become the world’s fastest-growing smartphone brand thanks to the multitude of competitive devices it has as well its investment in the 5G smartphone scene.
Source/VIA :
Root MyGalaxy

Next Samsung might be working on Galaxy Z Flip Lite, not Fold Lite!