Adobe this week announced a beta version of its proprietary Photoshop software for Arm computers running Windows. Now it is reported that a developer has successfully installed the full version of Photoshop for desktop PCs on the Microsoft Lumia 950 XL smartphone; which was released five years ago. Considering that this is an old smartphone and its specs are very weak by today’s standards, the actual performance exceeded expectations. 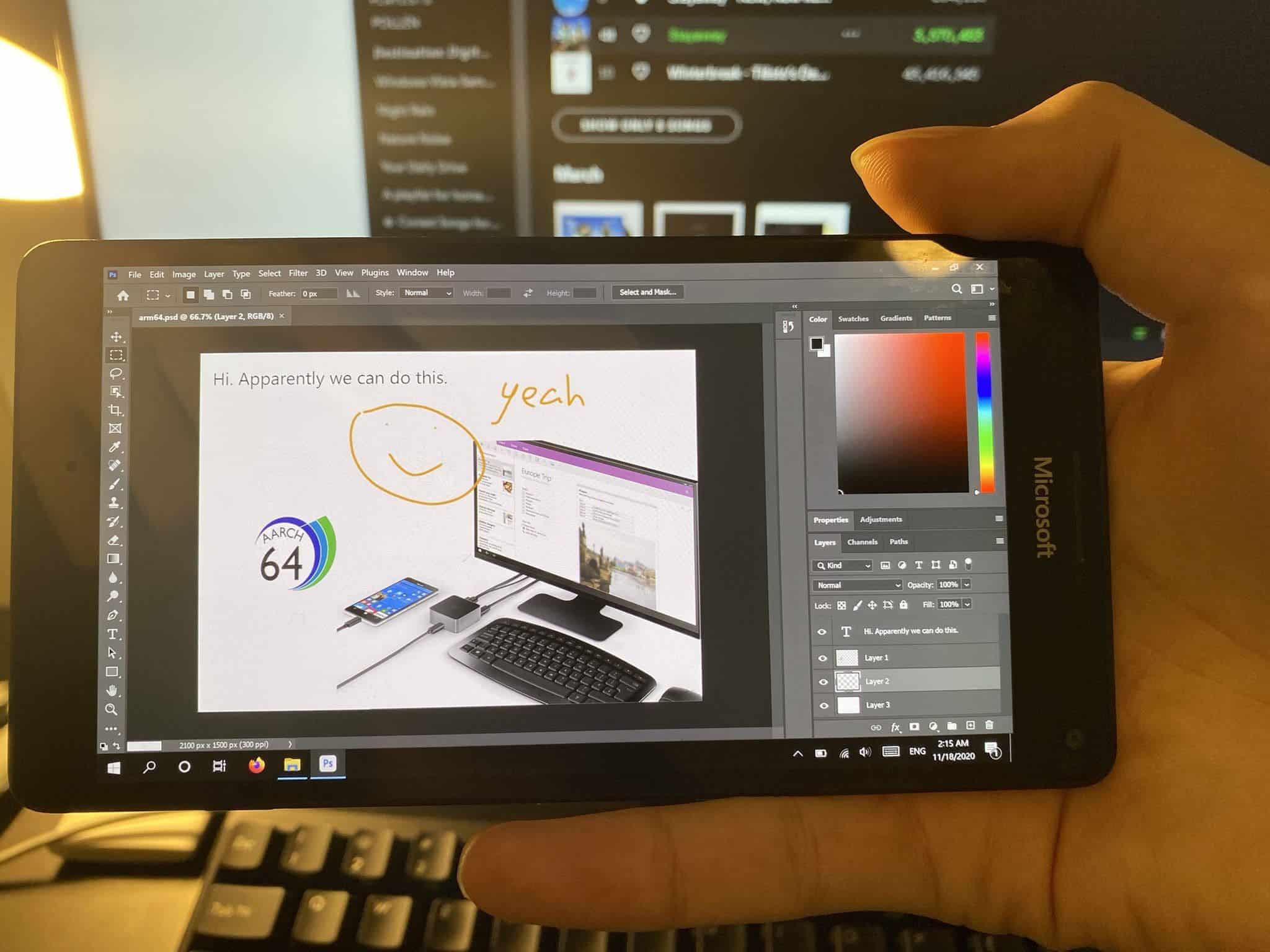 Although Microsoft has ditched its Lumia smartphones, users are still messing around with older models. Earlier this year, a team of developers managed to port the full version of the Windows 10 operating system to the Lumia 950 and 950 XL smartphones.

The developers also managed to add support for Continuum; as well as a custom dialer app for the Lumia smartphone running the Windows operating system.

According to the source, Microsoft has decided to stop releasing Windows 10 updates by the end of the year. We will of course get Security updates, but there will be no optional updates.

The reason why Microsoft decided to update Windows 10 less often in the remaining month and a half sounds extremely interesting. The decision is due to “minimal activity” at the company’s headquarters in Redmond; due to the period of holidays and weekends for engineers.

However, it is possible that Microsoft is reducing the activity of updating Windows 10 by a month and a half; due to the COVID-19 pandemic in the United States. In the spring, because of it, Microsoft already suspended updates; because they could negatively affect the performance of computers during a difficult period of self-isolation; and just now, during the so-called second wave of COVID-19 in the world, the situation is repeating itself.