After the release of the iOS 14.2 revision yesterday, today, Apple released the macOS 11.0.1 Big Sur revision. This update is already available for some Macs that do not have the macOS 11.0.1 update. As of now, we do not know the exact reason for the release of the macOS Big Sur 11.0.1. Users who have already upgraded to macOS Big Sur will not see this update. However, users of Catalina or earlier macOS can upgrade to the new version. 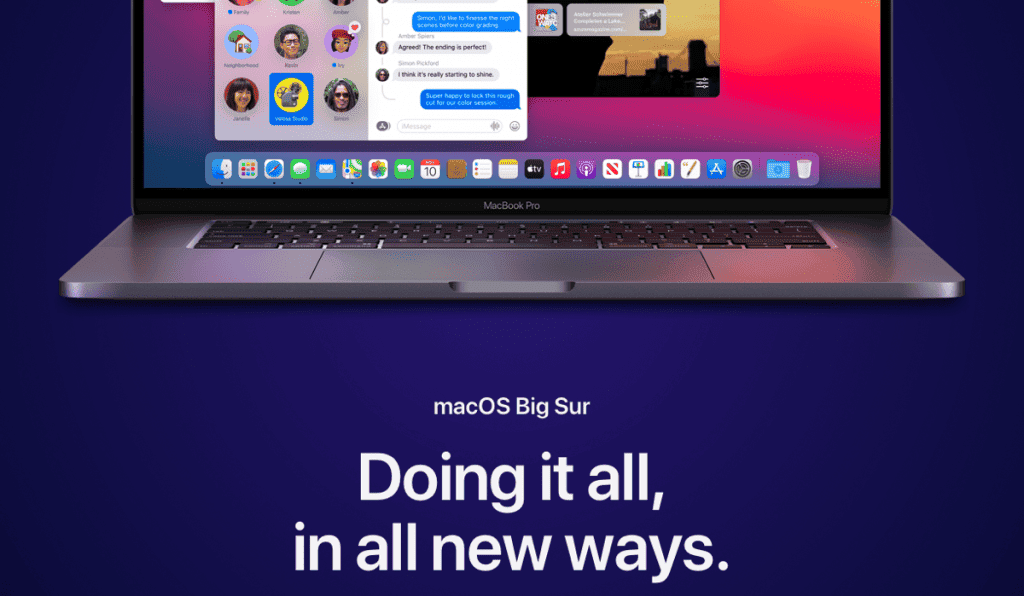 The firmware internal version number of macOS 11.0.1 Big Sur revision is 20B50, while the internal version number of the original firmware is 20B29. Users can download new firmware through System Preferences-Software Update. Many applications of macOS Big Sur have been redesigned, including mail, photos, notes, and iWork. Apple also introduced a new search function for Messages, including a new photo selection interface.

Recall that there were reports that the macOS Big Sur update was bricking some MacBook Pro models. The report shows that this was affecting 2013 and 2014 MacBooks. We do not know if the macOS 11.0.1 Big Sur revision will take care of this issue.

Last week Apple officially released the new macOS Big Sur which is pre-installed in new MacBooks like the Apple Mac mini, MacBook Air, and MacBook Pro. However, the company subsequently announced that older MacBooks will get this update. According to the schedule, here are the MacBooks to get this update

Currently, Apple has resolved this issue in a new support document that provides instructions on what to do if macOS Big Sur cannot be installed on a MacBook Pro in 2013 or 2014. Here are the steps

If these solutions do not work, affected customers should contact Apple’s support department to further help resolve the issue.