There are currently reports that Twitter now allows users to post temporary tweets. Earlier this year, Twitter tested “Fleets” in multiple markets. This feature feels more like FaceBook’s “story” feature. Since Snapchat commenced the “story” feature, other social media platforms have been using this feature. Facebook, WhatsApp, and even Instagram all have similar features. In addition, Twitter is also testing a new audio feature called Audio Spaces. This feature is very similar to the audio application “Clubhouse” which features user invitations. 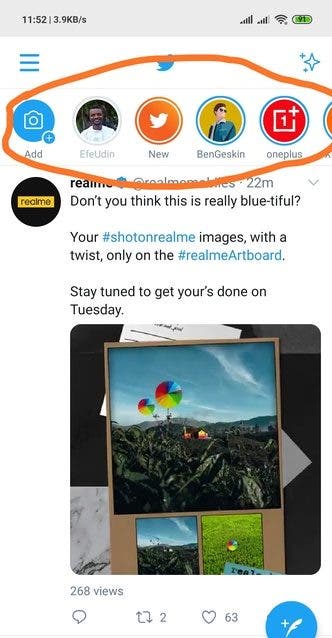 Just like the Stories feature of Instagram and Snapchat, Twitter users can also share comments on other tweets, videos, and photos. Twitter said that, eventually, users can also integrate features such as stickers and live broadcasts. It is worth noting that Twitter has not yet established a way to prevent people from taking screenshots of content shared on Fleets or to provide notifications when someone takes screenshots of your temporary tweets. You can also see who has seen your Fleet by looking under the post

It is important that Fleets’ content cannot be forwarded or shared. In addition, users’ responses to Fleets are private and will become part of Twitter’s existing direct messaging system. The purpose of Twitter’s decision to do this is to attract users who do not want to post publicly on the app to participate in this semi-private form. The Fleets feature global rollout starts today so everyone can use this feature. If you do not have this feature on your phone, head to the Play Store, and update your Twitter app.

Audio spaces is an audio-based dialogue tool. This feature builds on the audio tweets feature that Twitter launched earlier this year, which allows people to post up to 140 seconds of voice recordings. The audio tweets function will last until this fall, and Twitter will also add the transcription function in 2021, mainly because of previous criticism that the deaf or hard of hearing cannot use the tool.

The idea behind audio spaces is to make Twitter’s audio features more conversational. With this new feature, users can start a conversation while allowing others to participate or listen to the voice. Twitter believes that this feature is like a “well-organized dinner”. It also expects this tool to be applicable in scenarios such as debates.

Currently, the audio spaces function is not open to the public. The company still plans to conduct some tests and like Clubhouse, and hopes to launch this feature gradually.