Back in 2018, POCO revolutionized the smartphone market with the release of the Pocophone F1. The device carried that year’s flagship chipset (Snapdragon 845) and other compelling specifications at a super low price. Apart from its shortcomings like plastic build and subpar display, the device was what we could call a true flagship killer. In 2019, Xiaomi put POCO to rest to only bring it back as a separate brand this year. So far, the company had released a couple of affordable devices and a flagship killer dubbed Poco F2 Pro. However, most of its devices are mere rebrandings from existing Redmi devices. In September, POCO surprised with the amazing POCO X3 NFC, a beastly device with a 120Hz display, Snapdragon 732G and an affordable price tag. It is an original design, rather than a re-used one, now POCO is moving to release its second original device dubbed POCO M3.

On November 24, POCO will unveil the M3 as a cost-effective smartphone. However, there’s no much left for the release as the device has been a target of multiple leaks in the past days. Now the device has appeared on Indonesia’s TKDN certification which further reaffirms the device’s global launch tomorrow. The new handset will come with an M2010J10CG model number and already passed by EEC and Geekbench. The new listing confirms the 4G LTE connectivity which isn’t a big surprise. GeekBench confirmed the presence of an Octa-Core Snapdragon 662 SoC paired with 6GB of RAM. The device will run Android 10 with MIUI 12 straight of the box. 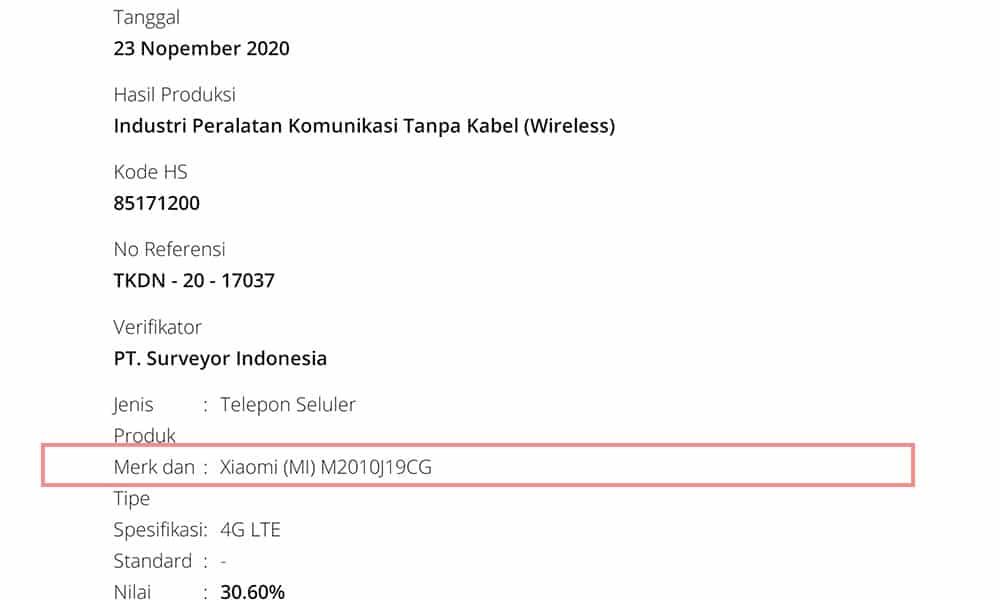 According to leaked renders, the new handset sports an original design with a Triple-Camera setup on the back. The design is reminiscent of old Pixel devices with a dual-tone effect and a large black portion housing the camera setup and a POCO logo.

Earlier today, POCO confirmed some of the device’s specifications including a 6.53-inch panel which we assume has an FHD+ resolution and a waterdrop notch for the selfie camera. On the right side, we have the fingerprint scanner and volume rockers while the sim tray sits on the left. POCO also confirmed the presence of the Snapdragon 662 Octa-Core and a huge 6,000mAh battery with 18W fast-charging support.

We expect a super affordable price tag towards the $180 margin. The POCO M3 may sit as a smaller brother for the POCO X3, but only time will tell.

Previous Huawei to launch the Huawei P50 series in H1 2021