While Motorola keeps its success in the mid-range and low-end segment, especially in emerging markets as Brazil, Lenovo struggles to stay relevant in the smartphone scene. It’s just a matter of branding, after all, Motorola is Lenovo in essence. However, the company still wants to have its name in the headline and in the heart of customers. In a new bid to attract customers, Lenovo is gearing up to revive its Lemon-branded budget devices in China. The company already teased the arrival of three new smartphones under Lemon branding. However, a new report states that these devices will actually be rebranded Moto E7 Plus. A new device popped up with Lenovo XT2081-4 model number in TENAA and it’s quite familiar.

The device that goes by the model number XT2081-4 seems to be a rebranding of the Moto E7 Plus which was released a couple of months ago. Interestingly enough, the Motorola phones have similar model numbers  XT2081-1 and XT2081-2. So the Lemon handset is just a new version of the E7 Plus with a different name. So we can conclude that both handsets will share the same specifications.

Lenovo Lemon XT2081-4 specifications based on Moto E7 Plus

The device will carry a 6.5-inch IPS LCD with an HD+ resolution (1,600 x 720) and a 20:9 aspect ratio. Moreover, the front-facing camera has an 8MP resolution and will sit inside of the waterdrop notch at the top of the display.

Under the hood, the phone will pack the Qualcomm Snapdragon 460, the company’s 2020 answer to the budget segment. It will be paired with 4GB of RAM and 64GB of Internal Storage. Obviously, you can expand it with the use of a microSD card. We also expect other memory configurations in China. 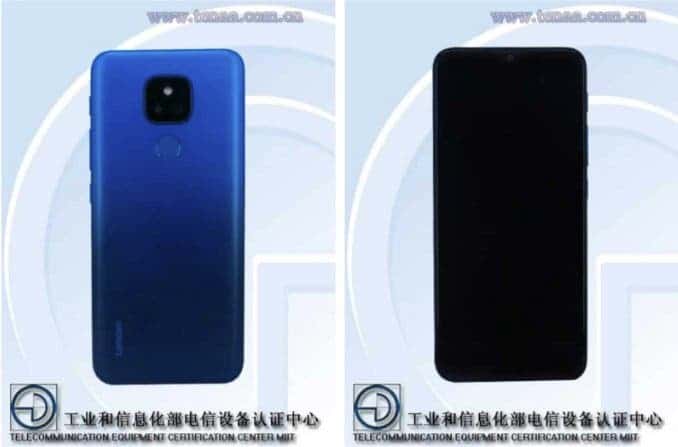 In the camera department, we have a 48MP camera that gets aided by a 2MP secondary sensor. The rear part also serves as a house for the fingerprint scanner that, as usual, doubles as Motorola’s logo. Other features include single-band WiFi 5, Bluetooth 5.0, GPS, 3.5mm headphone jack, and FM Radio. The phone draws power from a massive 5,000mAh battery with support for 10W charging. Unfortunately, it packs the old micro USB standard. The phone ships with Android 10. In China, we expect Lenovo to pack the firmware with a custom skin.

Earlier today, Motorola unveiled the Moto E7 for global markets. We wouldn’t be surprised to see this device reaching China as a Lemon-branded smartphone as well.

Previous Xiaomi Shipped Over 46.6 Million Smartphones In The Third Quarter

Next The Lenovo K12 Pro is a rebranded Moto G9 Power