Earlier this year, Xiaomi unveiled the Redmi Note 9 series in India and a few weeks later revealed it to the world. However, the devices came during one of the worst moments of the COVID-19 pandemic in India. Now, several months later, Xiaomi will reveal the highly-anticipated Redmi Note 9 series in India. But there are huge differences. The most notable one – the new devices come with 5G. All the Note 9 devices launched earlier this year are LTE-only smartphones. For China, the company is bringing a duo of smartphones with jaw-dropping specs like a 108MP camera. Both devices will be revealed on November 26. Ahead of the launch, a hands-on retail box image of the Redmi Note 9 Pro 5G appeared on Weibo. It confirms the availability of a 108MP camera on the rear side along with some key specs. 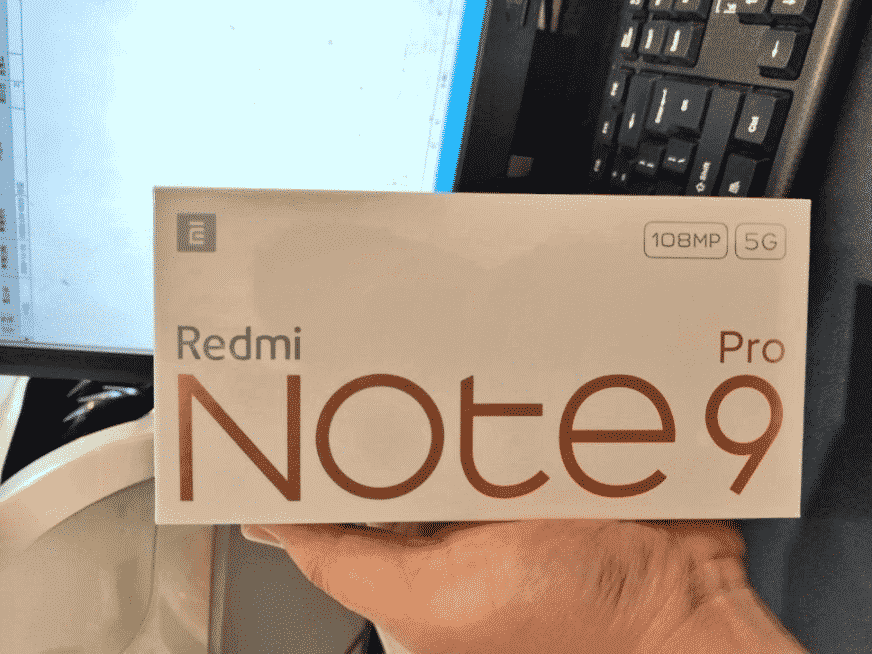 Unfortunately, the image does not bring the design of the handset. Until now, Redmi phones came in a revealing box with their design engraved in the top of the box. Apparently, Xiaomi is changing the design of its retail box once again. Despite this, A Redmi executive shared an official render of the Redmi Note 9 Pro 5G. It quite resembles the Xiaomi Mi 10T Lite featuring a circular (tentative) camera array comprising four shooters. To the left of the camera module, we have a LED flash. The rear of the panel also has a gradient finish with sky-blue color on top, blending towards a peach shade in the bottom part. Once again, this color is familiar for those who follow the Mi 10T Lite colorways. Of course, the device will be available in multiple colorways. So if the Sky-Peach colorway isn’t your cup of tea you’ll be able to find other “sober” variants. The smartphone sports a side-mounted fingerprint scanner and volume rockers on the right side. We’re not sure about the refresh rate of the displays, but according to leaks, it will sport a 120Hz panel. This will effectively make the Note 9 Pro 5G the first device in the series to come with a high-refresh-rate panel. Under the hood, the handset will pack the Qualcomm Snapdragon 750G chipset. It is slightly below the SD765G in terms of performance but still is better than other SD7xx offerings. The handset will draw power from a 4,820mAh battery complete with 33W fast-charging support. The Quad-Camera will be lead by a whopping 108MP shooter which is impressive for a Redmi Note smartphone.

According to reports, the company will unveil the vanilla Note 9 5G and a Note 9 variant with LTE-only in China. These devices are rumored to come to the International market in the future, perhaps as the Redmi Note 9T series.

Previous Huawei's smartphone market share will shrink to 4% next year

Next Apple iPhone 2021 Will Still Get OLED Screens From Samsung and LG: BOE Missed