A couple of months ago, Oppo introduced the Oppo A53 in India as a solid entry-level smartphone contender. The device came with the Qualcomm Snapdragon 460, a Triple-camera setup, a rear-mounted fingerprint scanner, and an HD+ display with a 90Hz refresh rate. Now, the company seems to be moving on with the release of a new variant ready for 5G networks. For now, this variant seems to be targeting only the Chinese market. According to a listing at China Mobile, the Oppo A53 5G will be released with MediaTek’s Dimensity 720 chipset a solid 5G chipset made in the 7nm node.

The phone is the PECM 30 and PECT30 we wrote about a couple of days ago. It visited TENAA certification with some of its specs. The handset is slightly better than the 4G variant but this isn’t a surprise. We have a 6.5-inch panel with Full HD+ resolution and a side-mounted fingerprint scanner which confirms the LCD nature of the display. The 5G variant also comes with a modest triple-camera setup. We have a 16MP primary camera leading the show. While the LTE variant brings a rectangular form factor for the camera, the new variant has a square shape. On the front, there is an 8MP selfie snapper living inside of a top-left aligned punch-hole.

The new 5G smartphone will be revealed on December 1

According to China Mobile, the Dimensity 720 SoC will be joined by 4GB and 6GB of RAM depending on the variant. Storage is 128GB no matter the variant you select. We also have a 4,000mAh battery keeping the lights on. Unfortunately, MediaTek’s Dimensity 720 lacks a fast-charging solution, so the device may be stuck with the sluggish 10W rate. On the software front, we expect Android 10 with ColorOS 7.2 running on top. 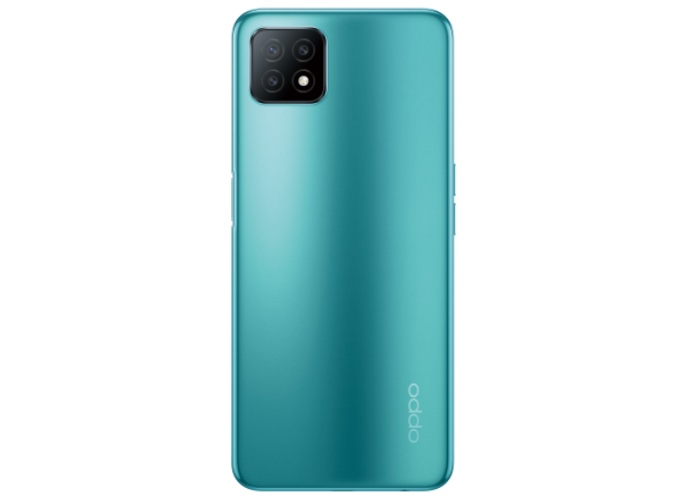 Oppo will officially debut the handset on December 1. The Oppo A53 5G will be available in at least three colorways. The price asked will be CNY 1,599 which is just around $245 for the variant with 4GB RAM and 64GB of Internal Storage. As aforementioned, the device is unlikely to make its launch outside of China this year. If it eventually reaches other markets, Oppo may rebrand it.

Next Galaxy Watch 3 and Watch Active 2 gets new firmware update!