These companies are accused of being linked to the Chinese military, and the new sanctions apply to:

As in the case of Huawei, blacklisting these companies means that they are prohibited from using American components and technologies. 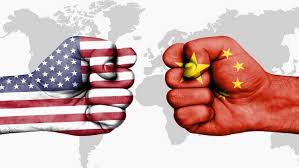 Another Chinese company Xiaomi, according to the forecast, will significantly strengthen its position next year. TrendForce analysts make a modest forecast for Xiaomi’s share to increase from 12% to 14%. However, Xiaomi itself is much more optimistic and intends to sell from 240 to 300 million smartphones. Also, the company wants to get ahead of Apple and possibly compete for the top spot with Samsung.

Next The upcoming Honor V40 series will completely use MediaTek chips