We’ve been hearing rumors about the Xiaomi Mi 11 series since the last month. These rumors were pointing to the launch of the new flagship series for January to February 2021 alongside some of the possible specifications. The rumors got strength earlier this month with the release of the Qualcomm Snapdragon 888 chipset. Lei Jun made a quick speech during the event where he confirmed that fans can expect the Mi 11 series to be among the first devices shipping with the flagship SoC. Shortly after the announcement, Xiaomi published a teaser across its social media fronts, claiming the Mi 11 will be the first flagship to sport the Snapdragon 888. Well, if a set of new certifications can be taken as proof, then this is certainly happening soon. 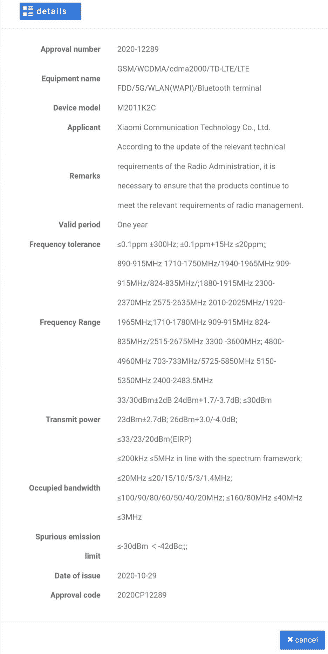 According to reports, the new flagship series will bring two devices, the Mi 11 and 11 Pro. We don’t need to know rocket science to have sure of this fact, since the last year, the company has been sticking with flagship two models and a couple of months later it will reveal a Mi 11 Lite. Today, a Xiaomi handset bearing model number M2001K2C appeared on MIIT certification. According to rumors and earlier leaks, this device is, in fact, the vanilla Mi 11. The device also passed by 3C certification earlier today where its 55W charging capabilities got revealed. 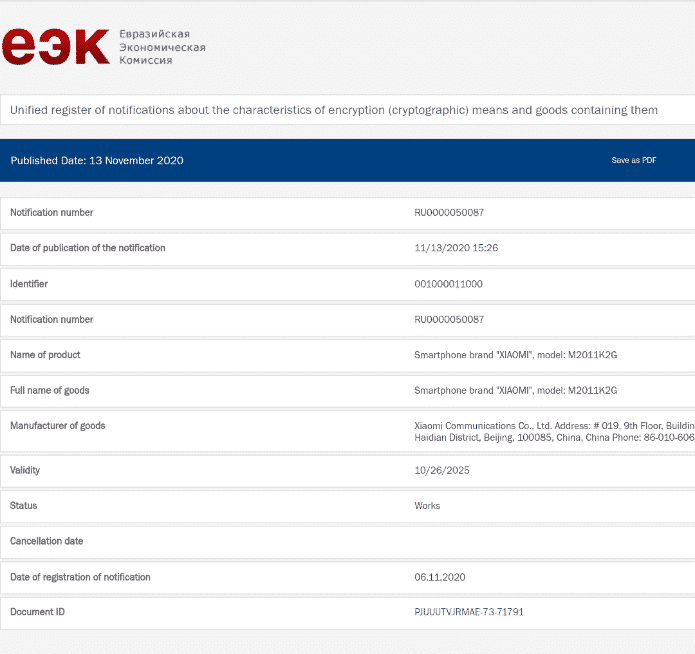 Interestingly enough, the Mi 11 also passed by Russia’s EEC certification with model number M2011K2G. This particular model number seems to be related to the Global variants. Xiaomi’s codename structure usually has a “C” for Chinese versions and a “G” for global counterparts. Under the hood, both variants will pack the Qualcomm Snapdragon 888 SoC. The vanilla smartphone will pack an impressive 108MP camera on the back and will have a battery capacity of around 5,000mAh, just like its Pro sibling.

Leaked case renders confirm the design of the handsets

Last but not least, a set of the case renders appeared today for the Xiaomi Mi 11 series. The first image suggests that the Mi 11 will have a Squareish camera module comprising three sensors. Interestingly enough, the sensor alignment quite resembles Apple’s iPhone family design. Well, this isn’t the first time that Xiaomi “borrows” some of Apple’s ideas. The 11 Pro, brings a Quad-Camera sensor that fits inside of a rectangular camera shape. In counterpart to most of 2020 handsets with this design language, the 11 Pro render reveals a Horizontal Rectangle. It’s quite an unusual design and certainly will bring strange feelings at first glance. However, this design choice may grow in us with time.