While many think that Huawei is in trouble because of the U.S. ban, the company is not technically in one. The U.S. ban only significantly affects its smartphone business. However, Huawei is much more than just smartphones. Thus, its other numerous businesses are running smoothly. Recently, Yu Chengdong, Huawei’s consumer business CEO announced on Weibo that its wrist wearable market share is the highest in the world. The wrist wearable segment includes smartwatches and smart bands. Also, the company unveiled its new flagship Xi’an Sports Health Science Laboratory. 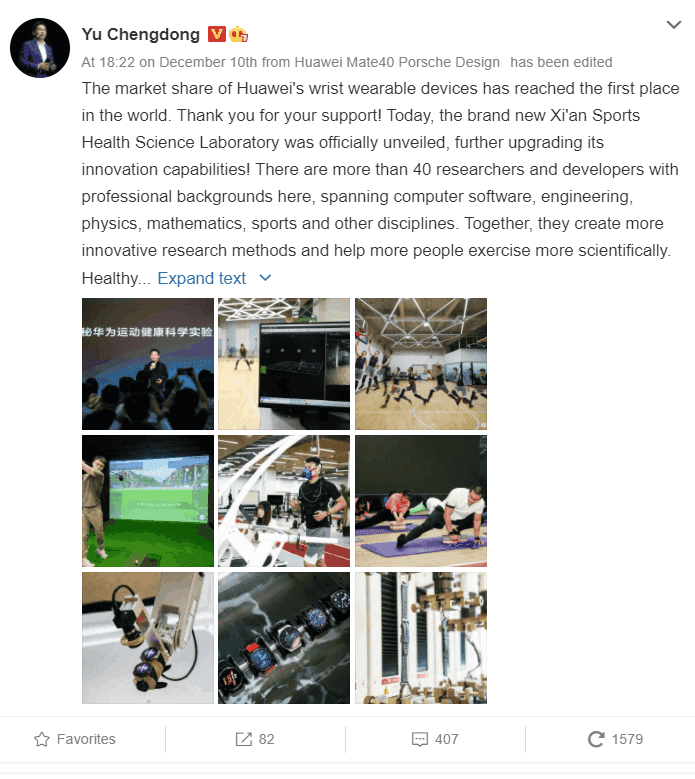 According to Yu Chegdong, the Xi’an Sports Health Science Laboratory has over 40 researchers and developers. These personnels are specialists in spanning computer software, engineering, physics, mathematics, sports, and other disciplines. Together, they create more innovative research methods and help more people exercise more scientifically and live healthily.

For its smart wearables, Huawei has a standard. They usually come with a super two-week long battery life, 17 professional sports functions such as running, swimming, and skiing, professional health monitoring functions such as heart rate, ECG, and sleep… These scientific experiences are all born in Huawei’s Sports Health Science Laboratory. 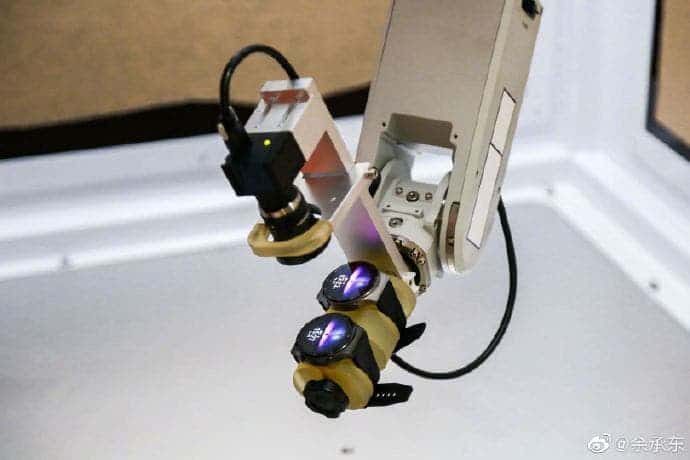 Yu Chengdong also said that in the future, more of Huawei’s smart wearable products will be tested at the lab. The only products that will eventually hit the market are those that will pass the tests. The company will collaborate with local sports health innovation capabilities to create an innovative, leading, and open Huawei sports health ecosystem. In addition, Huawei plans to build another sports health laboratory in Songshan Lake, Dongguan.

At Huawei’s Keynote speech at IFA 2020 in Germany, the company mentioned that it has plans to open more offline stores in Europe. According to the company, it will open 8 flagship stores and 42 experience stores across Europe. Furthermore, the speech reveals that the applications on Huawei’s HMS Core exceed 81,000, a year-on-year increase of 88%. Also, the number of developers in Huawei App Gallery is over 1.6 million, a year-on-year increase of 76%. These figures are for the first half of the year.

However, the company did not release a new generation of Kirin chips or other new products as usual. From previous years, it usually launches Kirin chips at IFA and releases its flagship mobile phone Mate series at the end of September. For example, at the IFA 2019 exhibition, it launched the Kirin 990 flagship series.

In addition, the Chinese manufacturer also launched a search service, Petal Search to replace Google search. Petal Search is designed by Huawei, but the search content comes from third-party partners. They include Qwant, the largest search engine in Europe, and Yandex, the number one search engine in Russia. Since its official launch in June this year, Petal Search has attracted 1 million European users. The number of applications accessing Huawei HMS Core globally exceeds 81,000 in H1 2020, an increase of 88% year-on-year.

Europe is an important market for Huawei