This morning, ZTE officially announced the launch of its new 65W gallium nitride charger. This new charger supports three fast charging ports. Not many chargers in the market offer such specifications. Interestingly, the ZTE 65W GaN three-port fast charger is selling for only 149 yuan ($23). According to reports, the ZTE 65W GaN charger adopts a 90-degree folding pin design. All three ports support fast charging and they can be in use simultaneously. 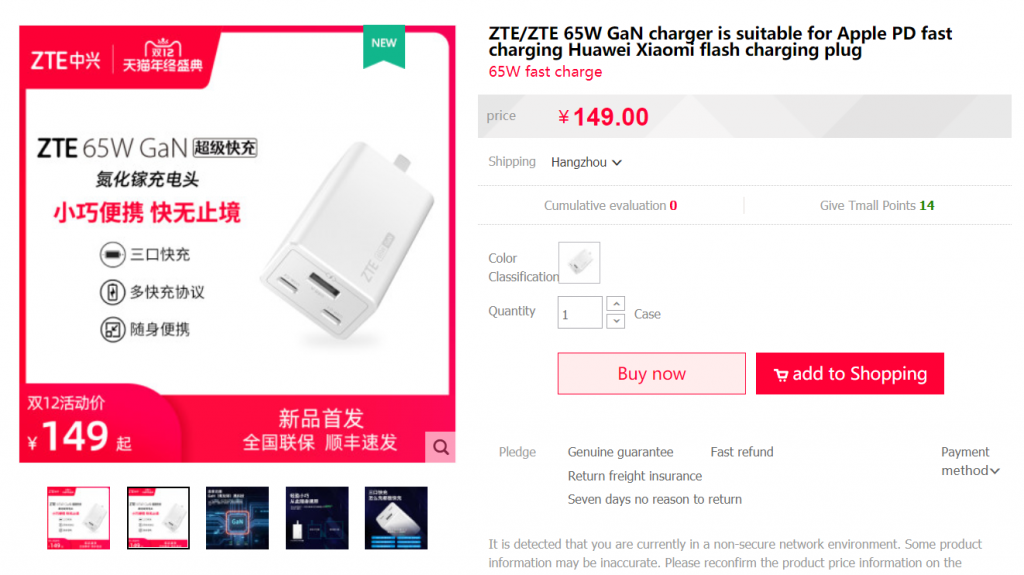 Specifically, two of the Type-C interfaces can output 65W power. However, the third USB-A port supports up to 30W fast charging. Below is the fast charging capacity when all ports are in use simultaneously. 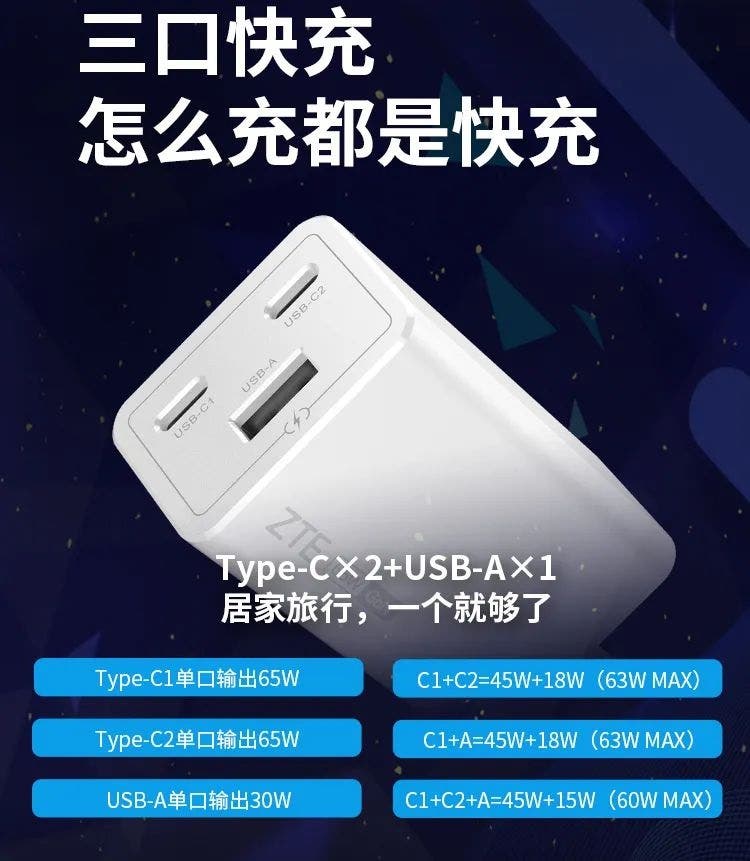 In addition, the ZTE 65W GaN charger is also equipped with eight major safety protections. It further supports mainstream fast charging protocols such as QC3.0\PPS\SCP\FCP\AFC\ and can be used on mobile phones, laptops, tablets, and switches at the same time.

Despite the ban, Huawei and ZTE’s telecom market share has increased

Chinese telecommunications equipment suppliers Huawei and ZTE have achieved an increase in their share in the global market. This growth is mainly driven by China, where the 5G network is actively deployed.

Analysts note that the companies are actively supplying their equipment to Chinese mobile operators. China became one of the first countries to offer commercial 5G networks. Operators are working hard to increase the speed of 5G.

Ericsson demonstrates stability: as in the previous year, the company occupies 14% of the market. 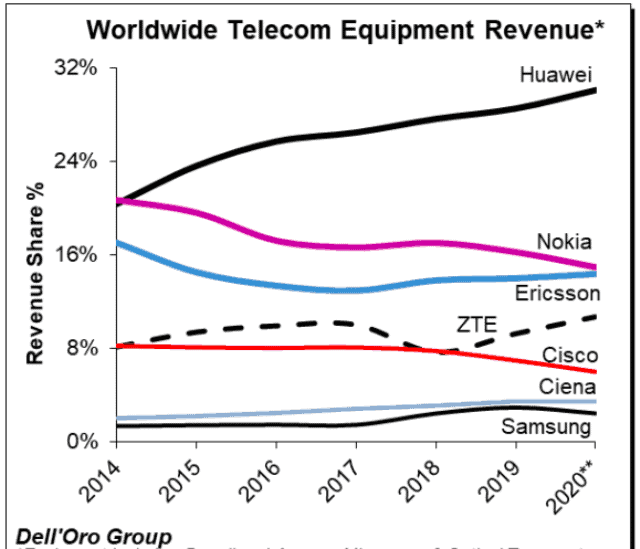 It is quite interesting to see that Huawei and ZTE are still doing well despite the troubles from the U.S. government. With the changing political situation in the U.S., these companies will have a new negotiation table which could be harder or easier.