Back in September, Google unveiled the final version of Android 11. Shortly after the rollout, many Android OEMs started to share plans for their respective Android 11 version. Among them, we had Samsung that unveiled it’s One UI 3.0 and followed with the announcement of a beta program covering flagships. So far, One UI has been the company’s most successful attempt in producing a custom Android version. The firmware finally exorcised the old phantom of TouchWiz, and the company is improving it with each release. Recently, the Galaxy S20 series got a stable update. Now it’s time for the Galaxy Note 20 series to get the same treatment.

Apparently, Samsung has begun the rollout of stable One UI 3.0 based on Android 11 for the Galaxy Note 20 and Note 20 Ultra. It’s a little bit earlier than we expected. After all, a couple of days ago a list on Samsung Members App suggested the arrival of the update in January. Apparently, Samsung wants to ensure that most of its 2020 flagships will be updated before the arrival of the Galaxy S21 series. The new devices are set to come with One UI 3.0 straight out of the box. 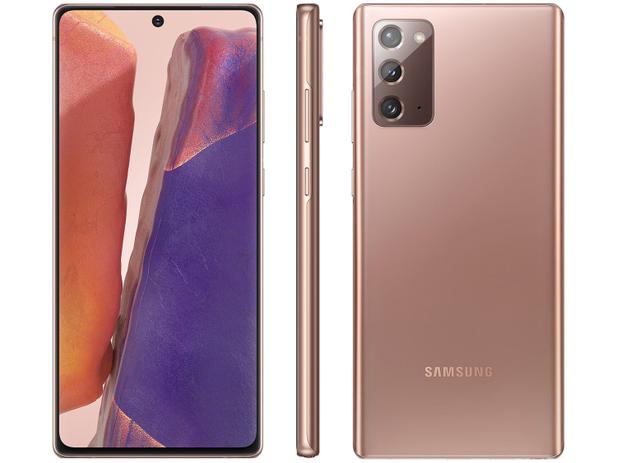 The update is rolling out for United States residents

According to SamMobile report, Galaxy Note 20 and Galaxy Note 20 Ultra owners on the AT&T network in the US, have already started receiving the latest update. The update will roll out for unlocked and locked variants of the Galaxy Note 20 and Note 20 Ultra. The new firmware comes with December 2020 security patches straight out of the box. This is a good add-on, after all, the devices will not need an additional update.

If you’re under AT&T wings in the US, then you’ll soon receive a notification for a 2.5GB update with the N98xUSQU1CTL2 build number. As per the report, the unlocked units are also getting the update in a gradual form. If you feel that you’re eligible for the update but didn’t get the update notification, you can try your luck heading to the phone’s Settings >> Sofware Update menu.

Unfortunately, it seems that only US residents are getting the update. There is no confirmation from Samsung on a global rollout. We’ll have to wait and see if other regions will get the update in the coming days. Worth noting that the variants in the United States are powered by the Snapdragon 865. So it has different hardware and software files in comparison to the global units powered by the Exynos chipset.