We’re finally closing towards the end of the year, this means that it’s time for us to create yet another compilation. While the year 2020 has been a crazy ride thus far, tech companies somehow managed to keep up with it. We’ve seen the companies following numerous trends such as increasing screen size, quad-camera modules, high refresh rate panels, foldable devices, and whatnot. While smartphone makers are pushing themselves every year to churn out something new, privacy still remains a major concern among buyers.

Google with other smartphone companies tries to push monthly security patches as soon as possible. Well, it’s not enough as their services still end up collecting the data for personalization. If you’re a privacy-enthusiast and believe this is the end of the road, then this compilation is definitely curated for you. Today, we’re going to take a look at the Best Secure Phones of 2020.

Before we jump right into the list, there are few things that you need to keep in mind. Choosing a secure phone that puts privacy over anything will have its own compromises. You might not be able to use various popular services as they tend to collect data behind the scenes.

In most scenarios, you might even end up witnessing a whole new operating system altogether. There is a solid chance that you might not even get all the trending features out there such as an in-display fingerprint sensor, multiple camera sensors, and high refresh rate panels. If you’re ready to ignore all these aspects for high security and privacy, then you should keep reading as we will now take a look at the first of many best secure phones in our 2020 compilation. 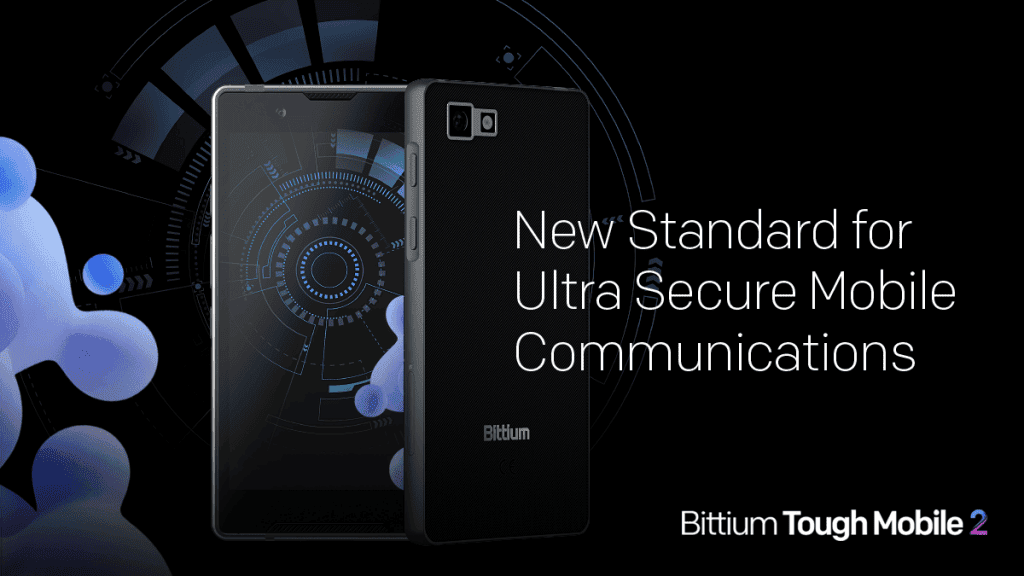 The very first smartphone on the list is coming straight from Bittium, a Finnish company based in Oulu. Bittium Tough Mobile 2C would probably be the world’s most secure smartphone. The device comes with a rugged form factor while still managing to look classic and premium. In fact, the first look might even take you back to those Blackberry days.

Bittium Tough Mobile 2C makes use of two operating systems – Android 9 and the company’s own Secure OS. The company wants you to use the former for all your casual usage and the latter for secure communication over security approved applications. To top things off, Bittium is offering a Yubico NFC key that you’ll need to access the device. Make sure to not lose the key as you will not be able to get in again.

Both the operating remain completely isolated from each other meaning your private data actually remains private. Here’s what you get in terms of hardware.

You can buy the smartphone from the company’s official web store. 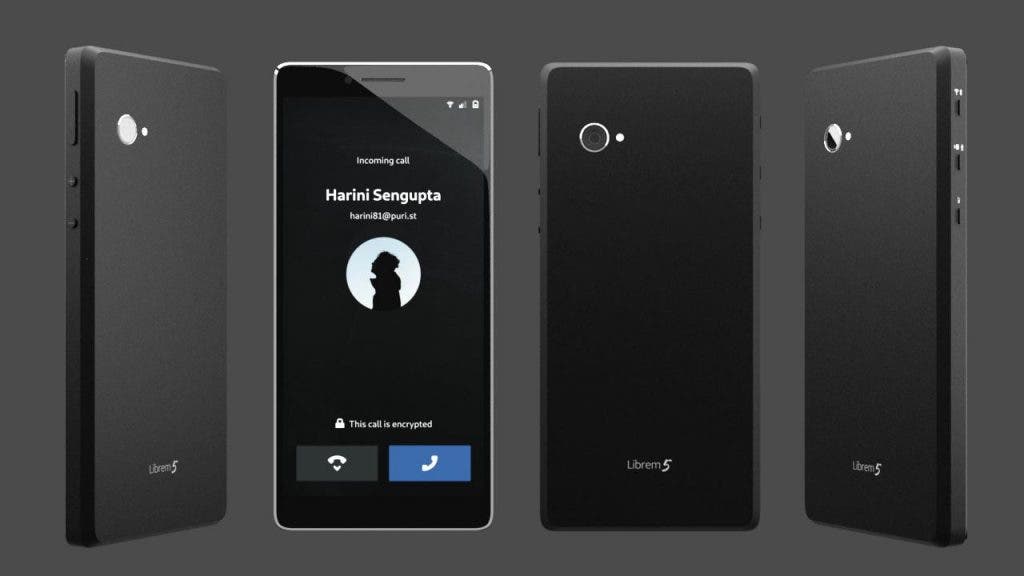 Purism is a California-based social purpose tech company that is known for its impressive range of Librem laptops. The company decided to foray into the smartphone space with its privacy-focused Librem 5. The brand started crowdfunding back in 2017 but since then, the official launch was delayed numerous times. It’s only earlier this year that the early supporters started received their devices.

Just like Librem laptops, the Librem 5 smartphone also runs on the Linux-based PureOS open-source software. The software offers a fully free, ethical, and secure environment. The device will keep you away from getting yourself locked into an ecosystem that will gather your data for profit.

Through the built-in apps, Purism tends to make the experience as private and secure as possible. Instead of Google or Apple’s services, you will encounter open-source apps such as Pure Browser with DuckDuckGo as the default search engine. All these factors combined together help the device to get into our best secure phones of 2020 listicle. 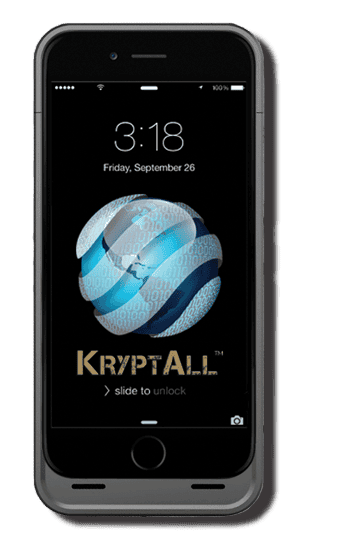 If you are not a fan of Android and don’t find custom Linux-based OS functional, then there is still an old but solid option out there. K-iPhone is an ultra-secure version of Apple’s most popular iPhone 7 smartphone. Even though it is a four-year-old device, K-iPhone still manages to bring something worthy to the table.

Designed by KryptAll, K-iPhone is a modified iPhone that comes with modified components, custom firmware, and the company’s own encrypted VoIP app. Thanks to all these, the device manages to offer an ultra-secure environment. According to the brand, K-iPhone is a go-to choice for military personal, heads of the state, and of course, privacy enthusiasts. 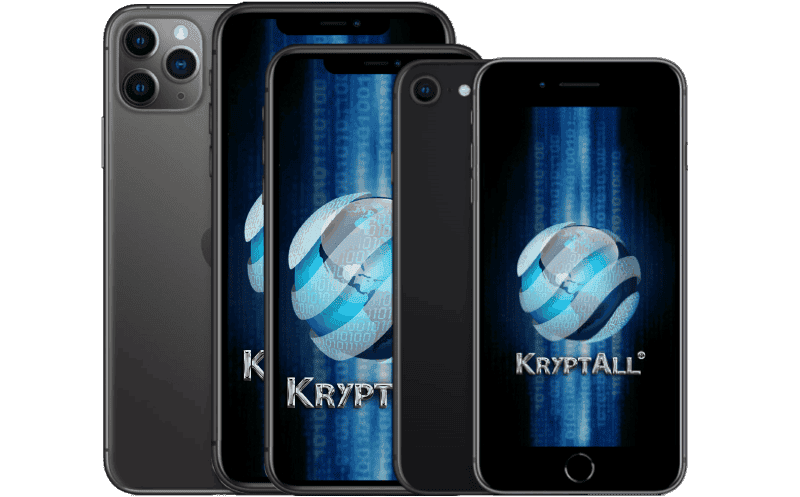 While the device comes with numerous modified components, it can still be used just like the regular iPhone 7. This makes it a perfect option for someone who doesn’t want to leave the iOS ecosystem but is still concerned about privacy. K-iPhone might seem like a solid option to you and that might change after hearing the pricing of the device. Well, the ultra-secure iPhone 7 will set you back a whopping $4,500. Basically, you can buy around two or three foldable devices for the price of one K-iPhone.

You can learn more about the modified iPhone 7 from the company’s official website. 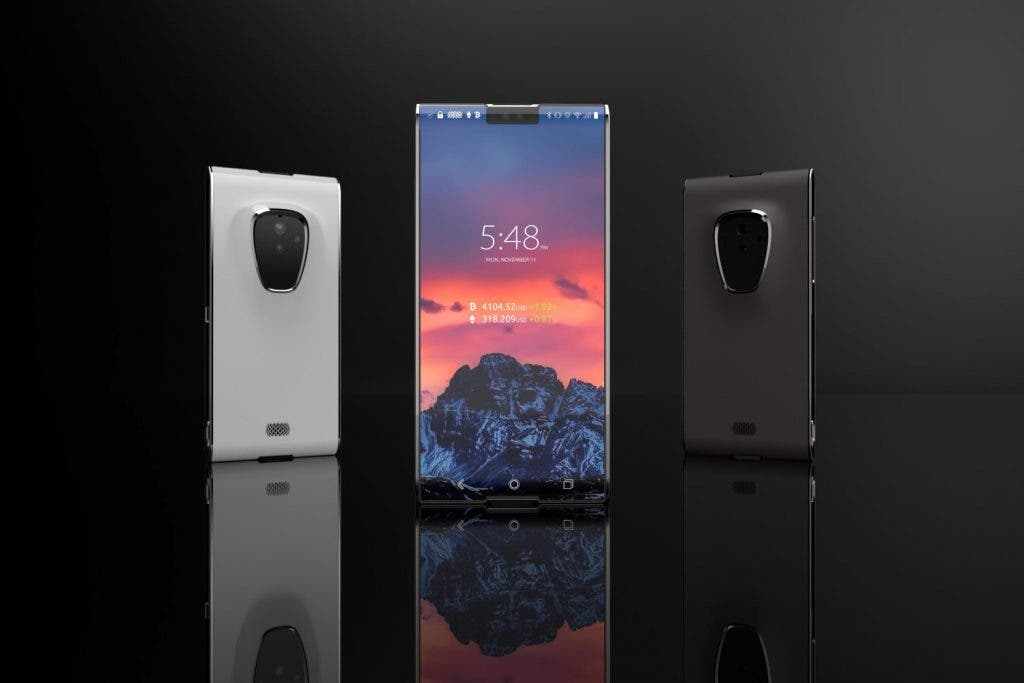 No secure phone listicle is complete without mentioning the good old Finney smartphone from Sirin Labs. Not only Finney looks quite unique, but it also brings a state-of-the-art and ultra-secure environment. Sirin Labs is calling this device a Blockchain smartphone because it is embedded with a cold-storage wallet allowing you to safely carry your tokens and make secure transactions on the go. 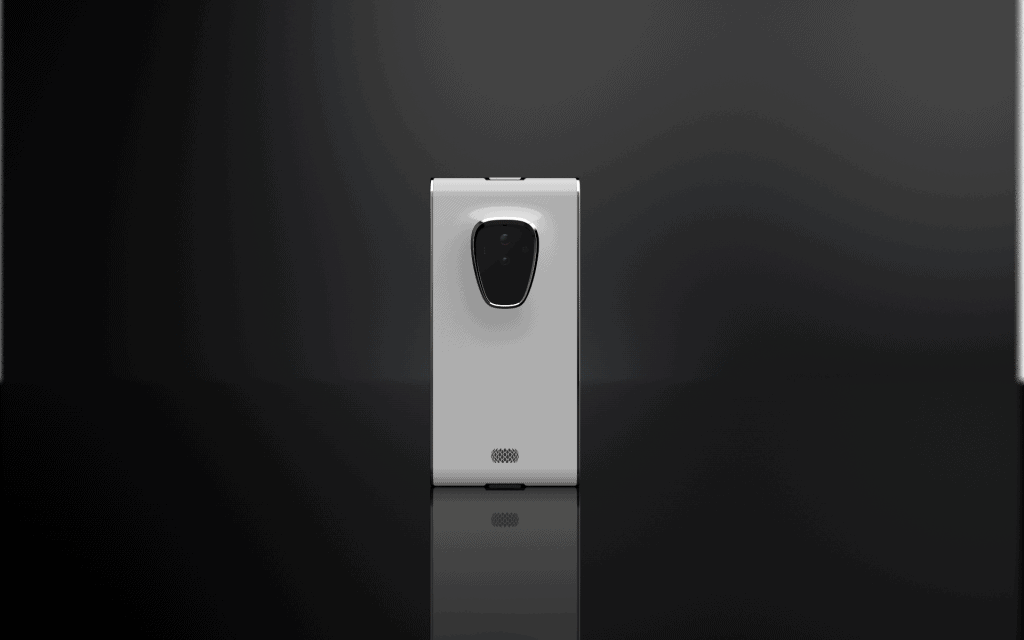 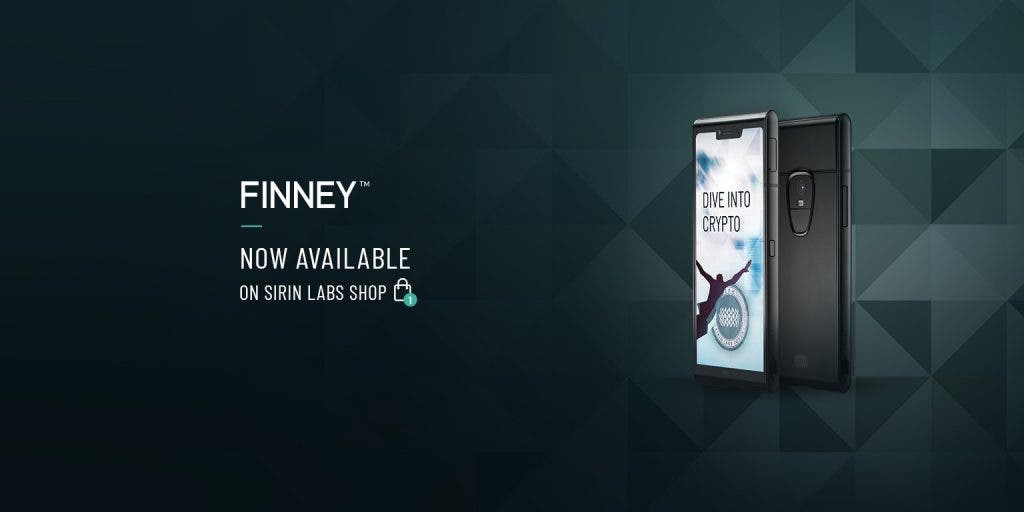 You can get your hands on the smartphone directly from Sirin Shop in two color options namely Pebble Grey and Coal Black. 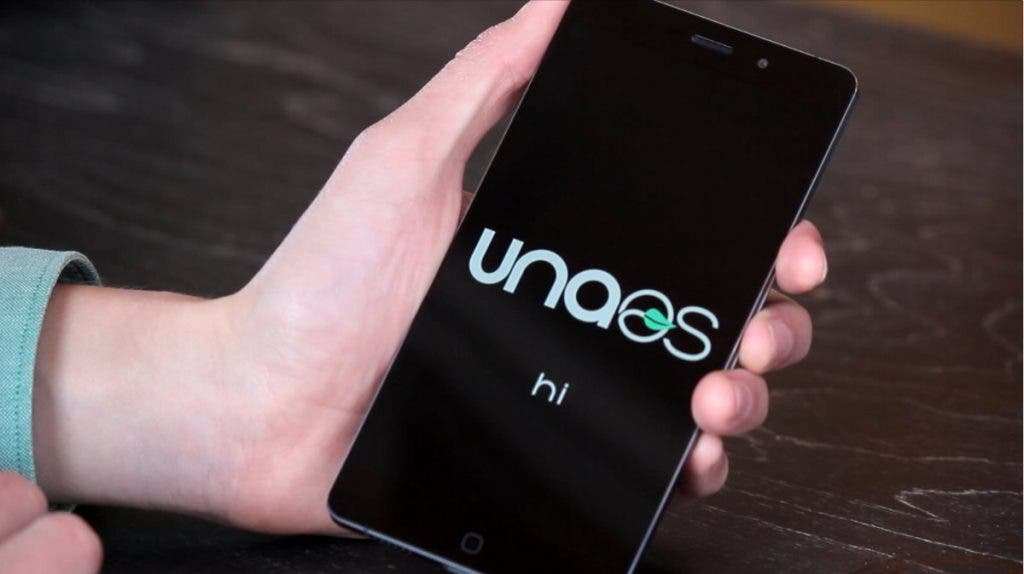 UnaPhone Zenith is yet another crazy smartphone that brings a secure environment at the cost of literally everything. The key highlight of the smartphone is its locked down OS that restricts you from installing any apps. Yes! you heard it right. The smartphone runs on Android 6.0 without any Google services or any shady apps that ask for strange permissions.

UnaPhone Zenith comes with numerous features such as full storage encryption, blocked system modification, and zero probability of data leakage. The pre-installed Email, Text, and Phone applications are fully encrypted as well. Speaking of that, you get around 40 preloaded secure apps on the smartphone. To top things off, the security patches are delivered over the secured OTA channel. 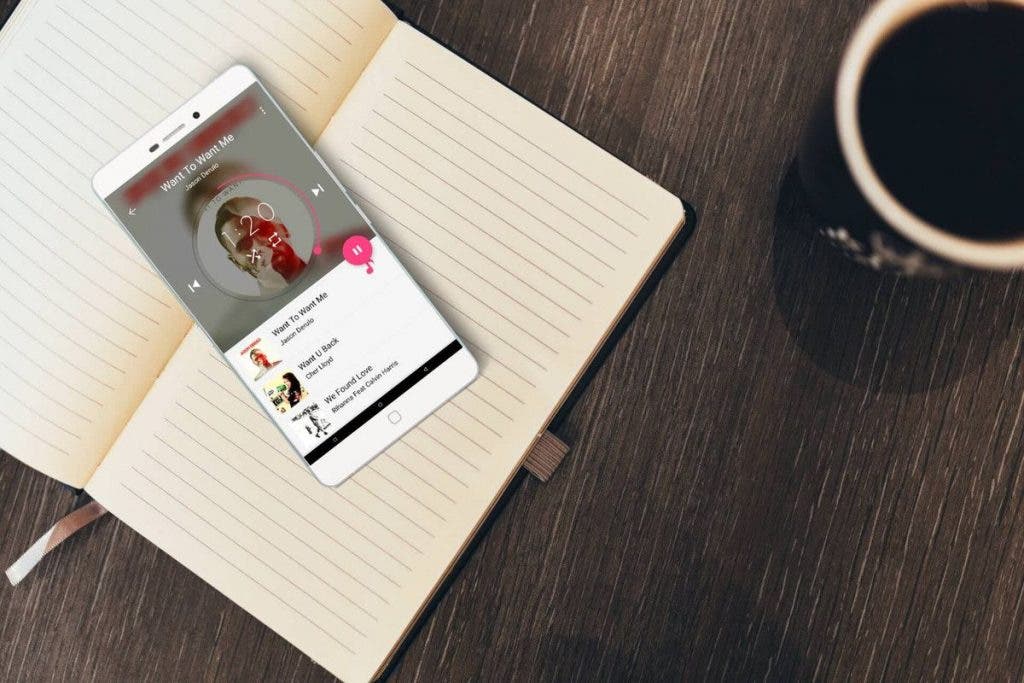 While there are tons of other secure phones out there, these are the ones that we think are some of the best ones out there. Whether you’re an Android person or prefer iOS, our best secure phones of 2020 listicle should match your preference. Of course, you will end up making some solid compromises if you really want to take privacy into your hands.

If you’re ready to spend some huge bucks and still don’t care about all the trendy things going on, then any of the above-mentioned devices would be a suitable option for you. Bittium Tough Mobile 2C and Purism Librem 5 are the two best options out there as both the devices are the lastest option. Both the devices were launched in 2020 meaning you will not be lagging behind too much in terms of specs and hardware.

The rest of the three options in the listicle dates back to 2016 but they are still a solid option which is why we decided to cover them. K-iPhone would be a reliable device for someone who prefers iOS. Lastly, Sirin Labs Finney takes things up a notch by introducing Blockchain technology to the smartphone making it an ultra-secure environment.

7 Best Wireless Earphones Audiophiles Can Buy In Singapore In 2022