Though the smartphone industry and the technologies used in current models develop rapidly, there are still millions of users that either don’t want or can’t afford themselves to buy mid-to-high-end models. So the best solution for this group of customers is the low-end models. They come with budget-friendly price tags but only provide the basic functions. Well, yesterday, Nokia officially released the Nokia C1 Plus in China with a starting price of 499 yuan ($76). Pre-sale will start on December 25 and will be officially launched on December 30. 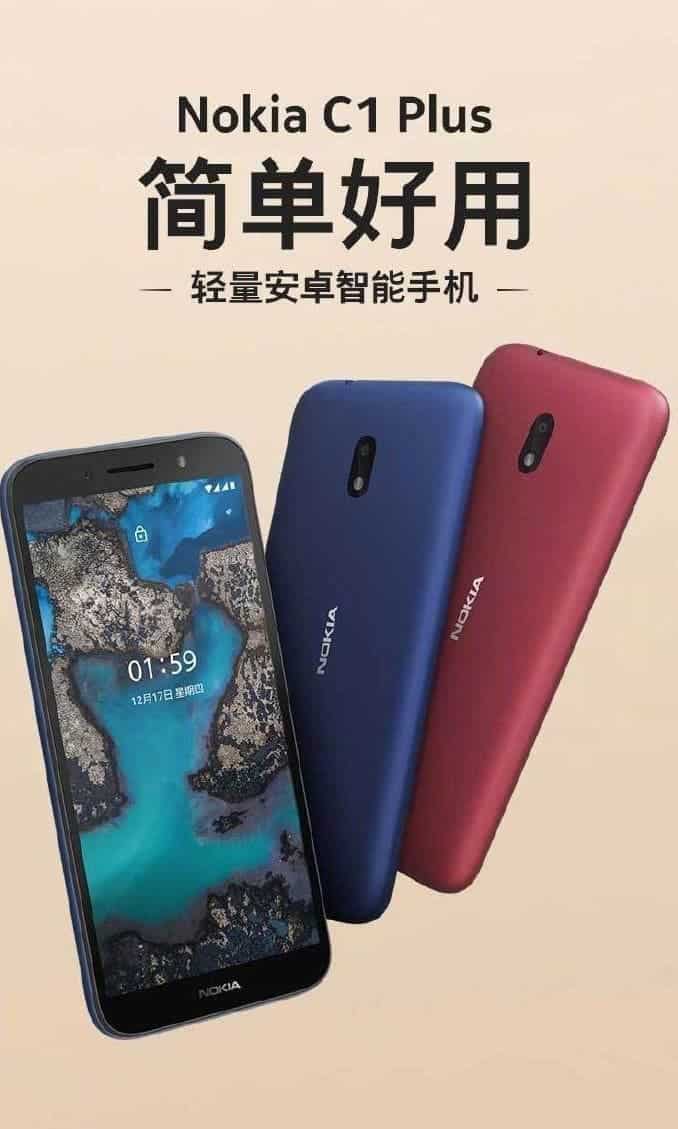 The Nokia C1 Plus sports a Qualcomm Snapdragon quad-core processor, clocked at 1.4GHz. It also comes with a 1GB DDR3 memory and a built-in 16GB storage space. But the latter can be expanded through the microSD card slot to up to 128GB.

In terms of photography, the front and rear cameras of the machine both use a 5MP lens. The front lens also supports soft light selfies, which can ensure image quality in low-light environments.

In terms of system, the Nokia C1 Plus runs the lightened Android system, Android GO. By the way, Android GO was released at the Google I/O 2017 Global Developers Conference. It is an Android system for entry-level devices and is suitable for devices with 1GB or lower memory.

In addition, the body weight of the Nokia C1 Plus is only 146g, which is convenient for users to grasp with one hand. Our protagonist also comes with a new and concise desktop, with large-sized icons for users to see clearly. It supports practical functions such as one-key direct access to the health code, making it easy for elder users to get started. Obviously, with this model, Nokia shows its tendance towards those who may have difficulties when using gadgets.

As a reminder, a year ago, the company released the first-gen Nokia C1. The latter came with an unknown quad-core processor clocked at 1.3GHz coupled with 1GB RAM and 16GB internal storage. The phone sports a 5.45-inch FWVGA+ (960 x 480 pixels) IPS LCD panel with 18:9 aspect ratio. A 5MP selfie camera along with an LED flash sits above on this display. The back of the phone also features a 5MP camera. Interestingly, the back panel of the Nokia C1 can be slid open to access a 2,500mAh removable battery which charges at a rate of 5W.

Previous Vivo S7, NEX3S, and other models get the OriginOS beta