Today, OPPO issued a statement concerning its upcoming flagship. Particularly, the company said that the oversized Reno 5 Pro+ of the OPPO Reno 5 series will use the flagship sensor IMX766 jointly developed with Sony. However, under the hood, it will carry the ‘outdated’ Qualcomm Snapdragon 865 flagship platform. Plus, it will have another selling point but the camera, that is the support for 65W fast charging. It will be officially announced this Thursday. 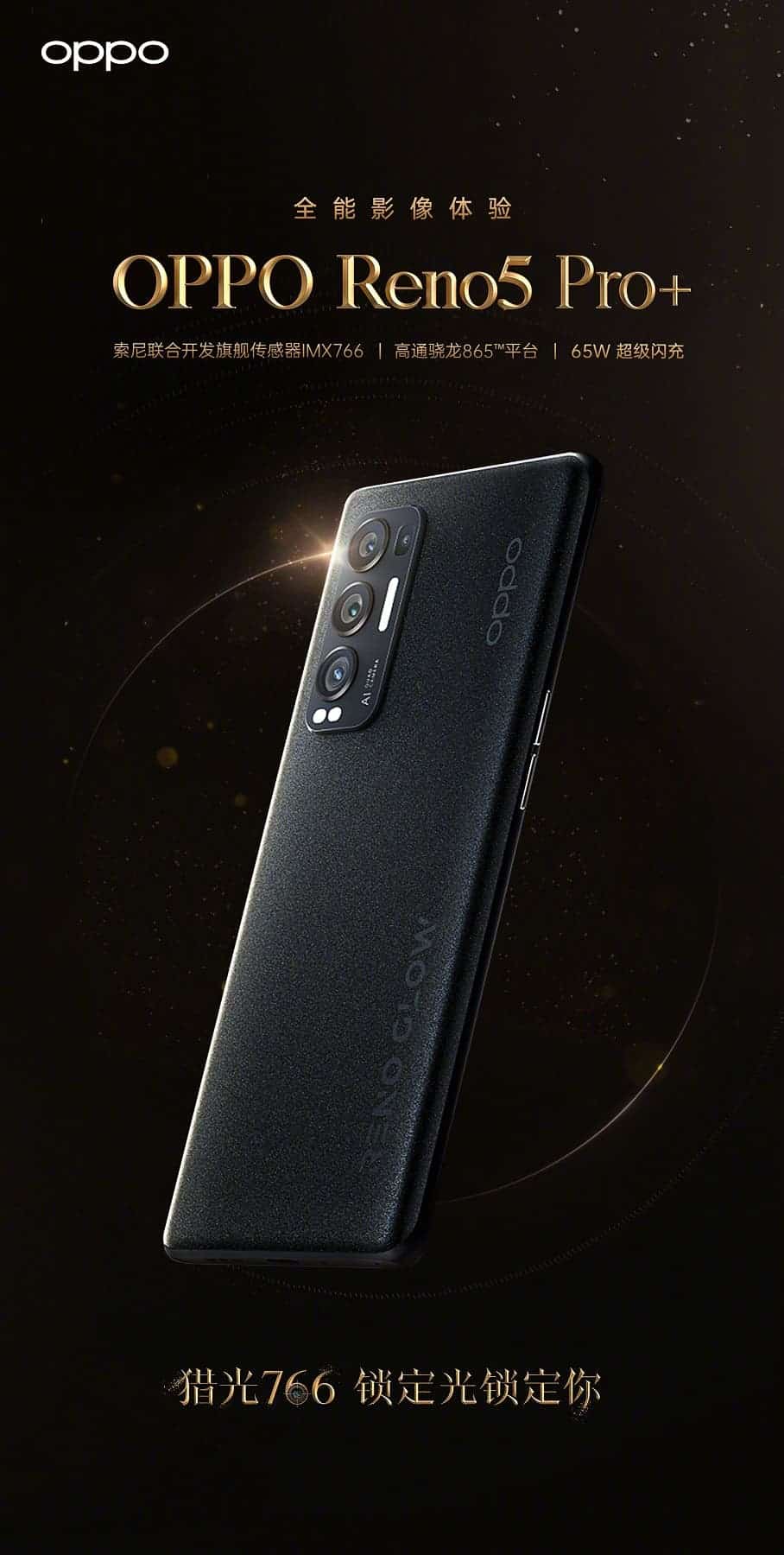 On the 10th of this month, OPPO officially released two new phones, the Reno 5 and Reno 5 Pro. However, the company announced that it will bring the so-called super cup version, the OPPO Reno 5 Pro+ on December 24.

The machine has been approved by the Ministry of Industry and Information Technology. It is 7.99mm thick, weighs 184g, and has a body width of 72.5mm. The screen size is 6.55 inches. The latter has a FHD+ resolution, and the maximum storage combination is 12GB + 256GB. 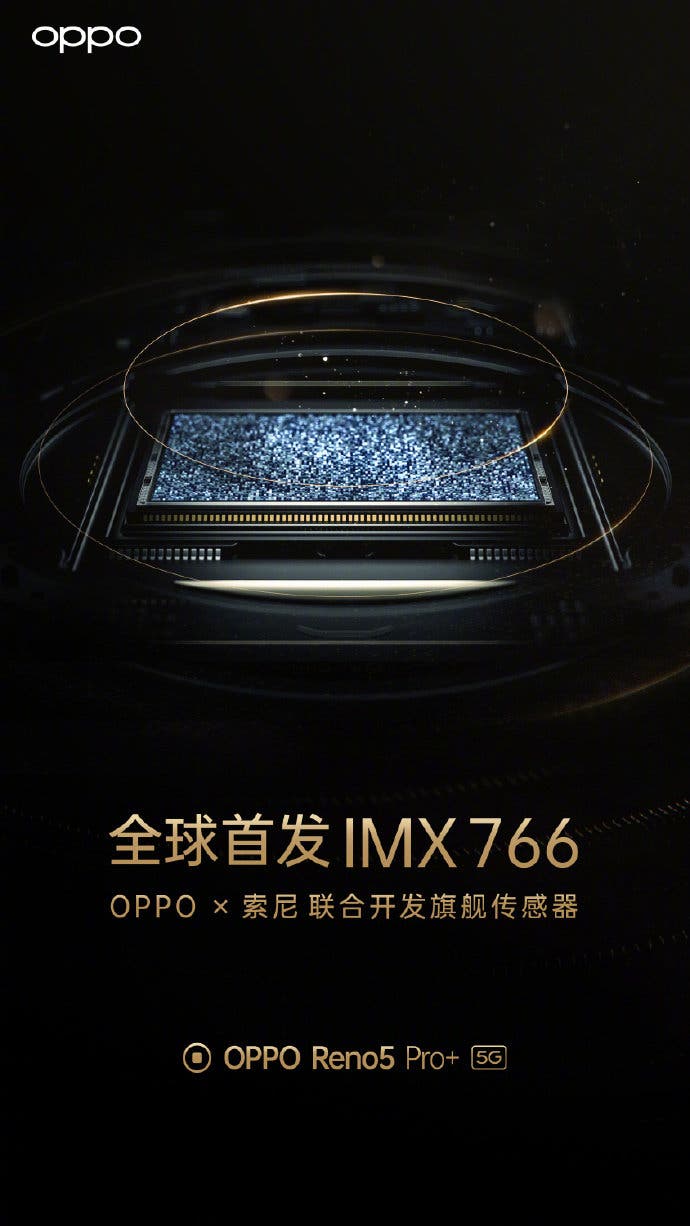 According to the news from a well-known Weibo blogger, the OPPO Reno 5 Pro+ will be equipped with Sony’s latest 50-megapixel IMX766 sensor with a size of about 1/1.56″. In addition, there are three rear sensors (ultra-wide, telephoto, and macro). On the opposite side, there is a 32MP selfie shooter. Plus, the blogger proves the phone will feature a 90Hz AMOLED hole-punch screen.

What Else We Know About OPPO Reno 5 Pro+

Prior to this, we learned that the handset runs ColorOS 11 software based on Android 11 OS. The handset draws power from a 4,500mAh battery that actually is a combined capacity generated from dual 2,250mAh cells. The reason? Oppo is equipping the handset with its super-fast 65W fast-charging. 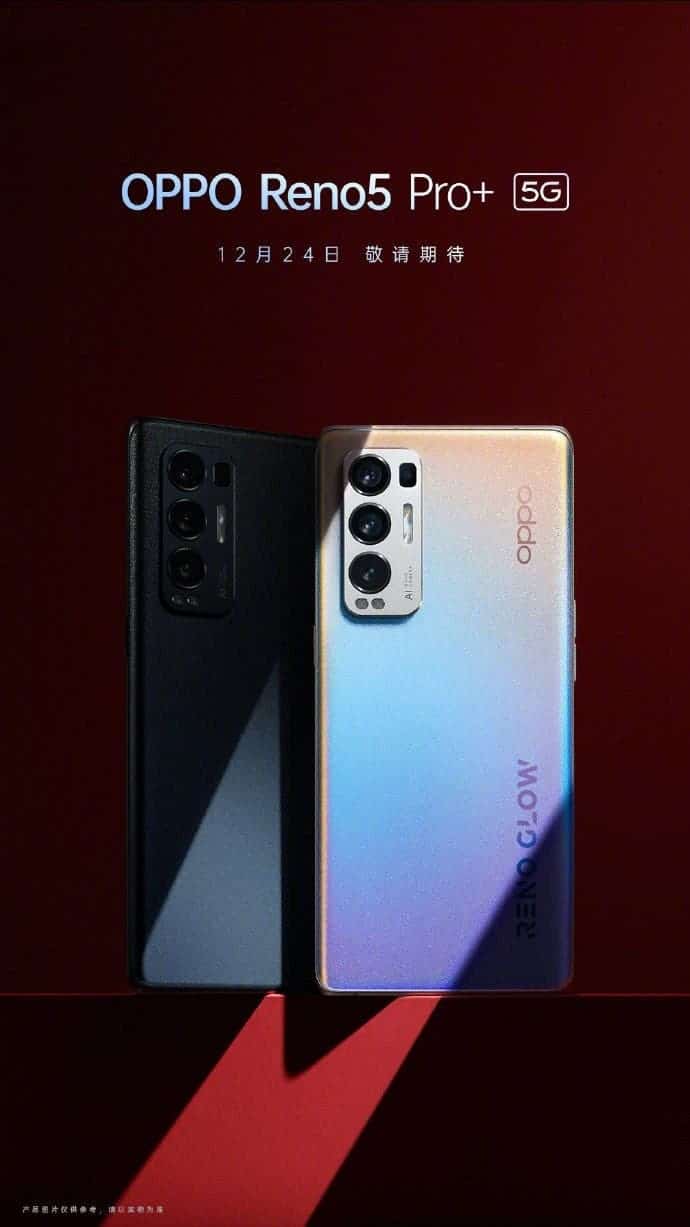 Ahead of the announcement, the Reno5 Pro + has appeared in the popular Geekbench benchmark database, which confirms the use of the Snapdragon 865 SoC, 8GB of RAM and the Android 11 operating system. In the Geekbench 5 single and multi-core tests, the phone scored 886 and 3036 points, respectively.