Xiaomi has dramatically improved its software philosophy in the latest years. Some years ago, the company was well known for pushing new MIUI versions on top of old Android versions. This starting to change as the company is expanding the number of Android updates it provides for its smartphones. It’s funny to say that some devices are getting better treatment than the fiasco called Mi A3. Today, the Redmi 7 is getting an Android 10 update. The Redmi 7 may not have the same appeal as newer devices, but it’s great to see that Xiaomi is bringing at least one major Android update for it. Unfortunately, for MIUI fans, the update still comes with MIUI 11. The device is yet to get MIUI 12 update, but this can happen in the coming weeks, as the Android 10 firmware probably prepares the road for it.

In addition to the latest Android version, the new official stable update increases the system stability and security thanks to the December 2020 security patch. The new update is coming in the form of V11.0.1.0 QFLMIXM and reaches the devices in the stable channel as a Global Stable ROM. If you own a Global variant of the Redmi 7, you’ll probably get this update in the coming days. 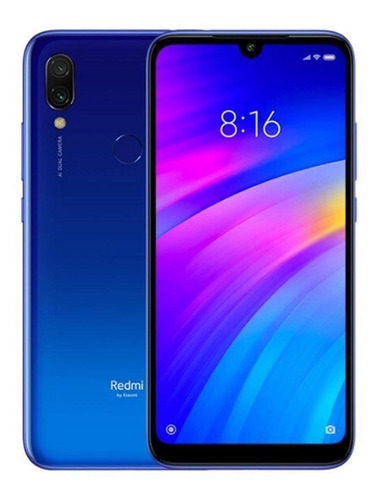 As you may expect, the latest Android 10 update alongside MIUI 11 brings the dark mode, screen time management, improved app vault, better notification controls, and app permissions. Unfortunately, you’ll not get the same wide dark mode that is present in MIUI 12. Hopefully, the device will get the latest MIUI flavor in the coming weeks.

As usual, the update is rolling out in a gradual manner. For that reason, it can take some time to hit all the global and Russian units of the handset. Alternatively, you can go to the Settings-About Phone – Software updates – Check for Updates to try to force check this update.