Samsung usually kicks off the new year by announcing its new line of TVs. The company has organized an event called The First Look 2021, where it intends to showcase new display technologies, as well as new products and its “vision for the future of displays.”

Shortly before CES 2021, due to kick off on January 11, Samsung will likely showcase its 2021 smart TV lineup. The event will take place on January 6, 2021. The company is expected to introduce new TVs with MicroLED and Mini-LED screens, as well as 4K and 8K QLED TVs. Judging by the silhouettes seen in the invitation to the event, it is likely that Samsung will introduce new laptops and tablets that use new technologies. The South Korean tech giant may also announce additions to its TV lines. 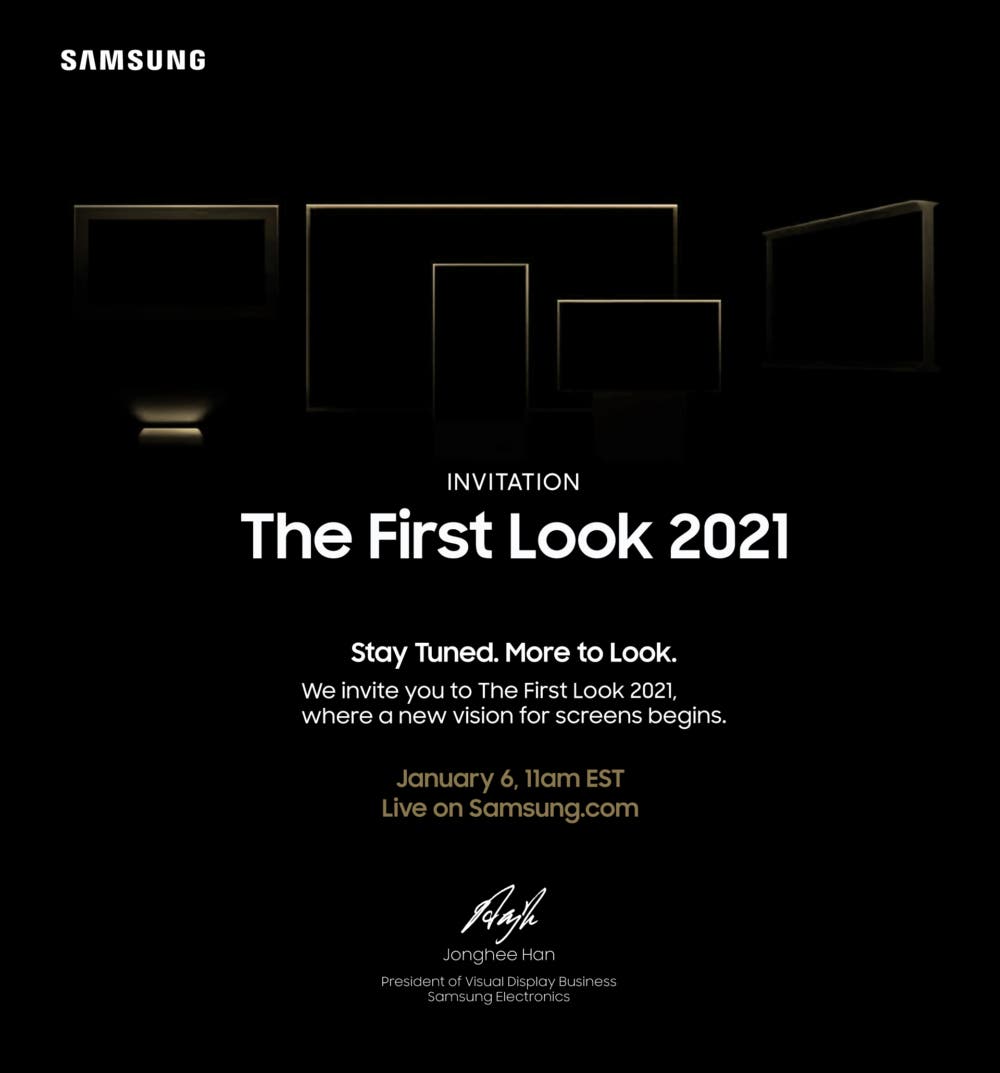 Rumor has it that the South Korean tech giant is looking to ditch OLED technology in its future TVs and move to MicroLED technology. MicroLED displays can theoretically offer the same viewing angles, contrast and response times as OLEDs, avoiding the usual OLED problems including screen burn-in and low brightness. However, this is a new technology, the main problem of which is the high cost.

Analytical agency Gartner has published another report on the smartphone market. As it turned out, in the third quarter of this year, 366 million smartphones were sold worldwide; which is 5.7% less than in the same period last year. And although the drop is noticeable; it is less than 20%, which the market fell by in the first half of the year.