For now, the Galaxy Note series future is uncertain. Some rumors are suggesting the end of the iconic lineup of smartphones, but at the same time, we get reports stating that it isn’t going anywhere. One thing is true, Samsung is trying to expand the use of its S Pen to other smartphones and lineups. A product that was exclusive to Galaxy Note and some Tab devices is about to enter new smartphones. A couple of months ago, reports emerged saying that the Galaxy Z Fold 3 would be the first device to come with S Pen support out of the Note lineup. Turns out, that the S Pen expansion will actually start with the Galaxy S21 Ultra.

Samsung made a statement a couple of weeks ago where it got revealed that the Galaxy S21 Ultra will get support for the S Pen. If you weren’t convinced, then an FCC filling appeared. The listing reveals that Samsung SMG998B (Galaxy S21 Ultra) in testing has listed support for a “Stylus device” with both “hover and click and operating range of 0.53 – 0.6MHz”. We don’t expect an S Pen to come bundled with the new flagship. We believe that Samsung will sell it separately.  It’s unclear if it will use the same S Pen as the Note 20 series or if Samsung will unveil a new one for it. 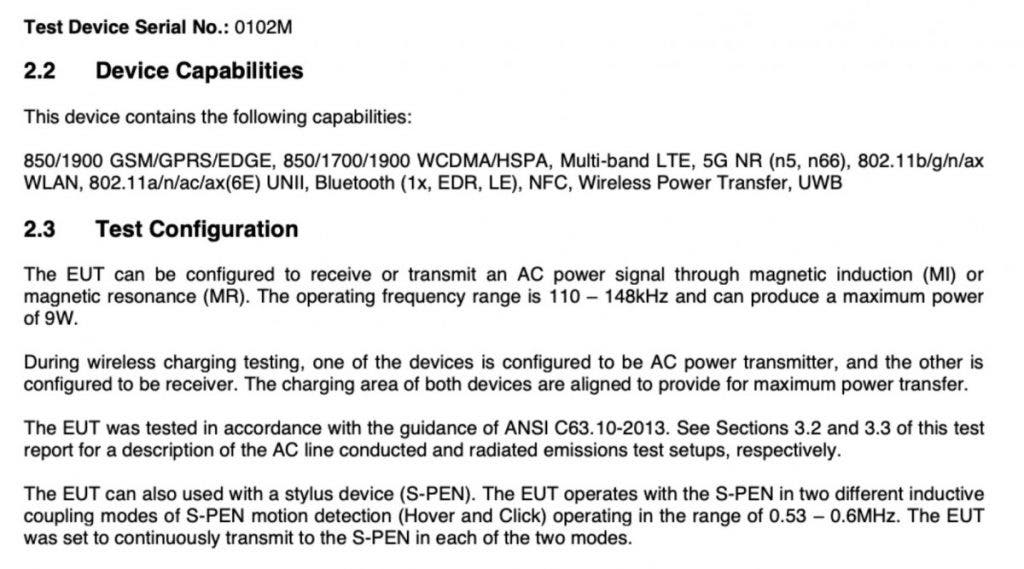 Interestingly enough, the FCC report also points to wireless power share on the upcoming flagship. It means that it can be used to charge wireless earbuds, like the Galaxy Buds Pro. The new hearables are set to come alongside the Galaxy S21 family. According to reports, Samsung will unveil its new flagship family on January 14.

The Galaxy S21 Ultra flaunts a 6.8-inch Infinity-O-Edge Dynamic AMOLED 2X display. It comes with a high WQHD+ resolution, which is 3,200 x 1,440 pixels resulting in 515 pixels-per-inch. The panel will be quite a brightness with a 1,600 nits peak brightness. Another interesting detail is that this panel has Adaptive Refresh Rate. Its panel can go from 1 to 120Hz refresh rate, something that will be exclusive to the S21 Ultra. Moreover, the panel will support S-Pen Stylus, but unlike the Note20 you can’t fit it inside of the handset and the stylus does not come in the package.

Furthermore, the handset will be powered by the Exynos 2100 chipset paired with 12GB of RAM and up to 512GB of Internal Storage. The Exynos 2100 is Samsung’s high-offering in the 5nm chipset department for the next year. The chipset sits above the Exynos 1080 that despite its 5nm architecture is still below 2100 in terms of performance. This chipset will be present in the largest part of smartphones, however, the US variant will come equipped with the Qualcomm Snapdragon 888 chipset.

In the camera department, the Galaxy S21 Ultra will have a primary 108MP wide-angle camera with f/1.8, 24mm, OIS and Auto-Focus. The device will have a secondary 12MP ultra-wide angle lens camera, with an f/2.2 aperture. There is a third telephoto sensor with a 10MP resolution. It offers a 3x optical zoom. The fourth sensor is a 10MP telephoto lens with 10x optical zoom. The camera setup is complete with PDAF, Laser AF, and LED flash. Hopefully, it will not be problematic as its predecessor. On the front, there is a 40MP camera with f/2.2 aperture, 25mm, and Auto-Focus.

Next Samsung Galaxy A51 5G joins One UI 3 beta program