Xiaomi is well known for its smartphones, but the company acts in various technology segments. A couple of years ago, the company entered the market of portable computers and since then has been providing updates for its Mi Notebook series. Earlier this year, the company unveiled the Mi Notebook Pro 15 2020 with an Intel 10th Gen Comet Lake processer underhood. Now, the company seems to be preparing a new Mi Notebook Pro 2021 model with AMD’s Ryzen 5 5600H CPU and Intel 11th Gen CPU options. 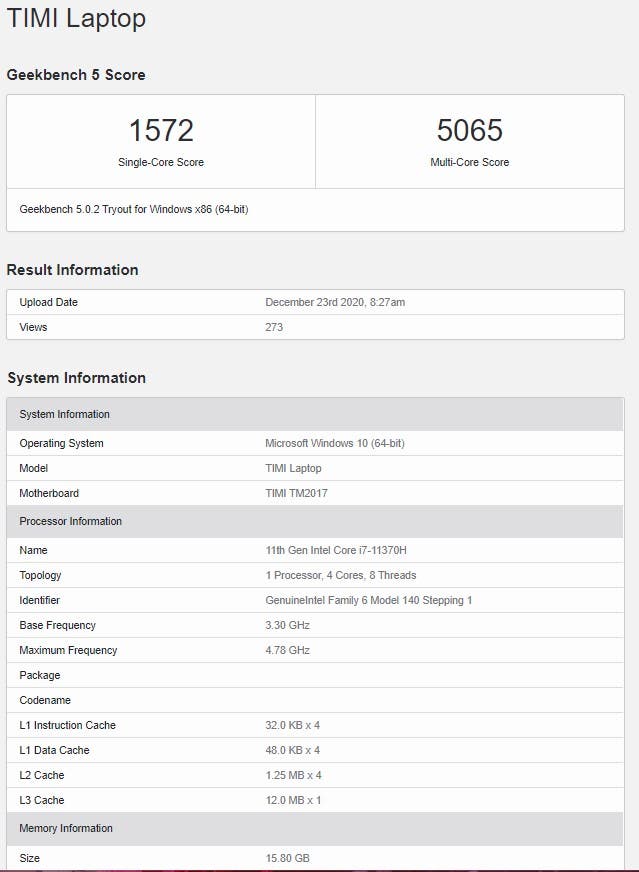 The new notebook was benchmarked yesterday as “TIMI Laptop”. The first variant has an 11thn Gen Intel Core i7-11370H processor with 4 cores, 8 threads, and a 12MB L3 cache. Its base frequency is 3.30Ghz, but its maximum frequency is 4.78GHz. The device ran Windows 10 on GeekBench and amassed 1,572 points in the single-core and 5,065 points in the multi-core test. 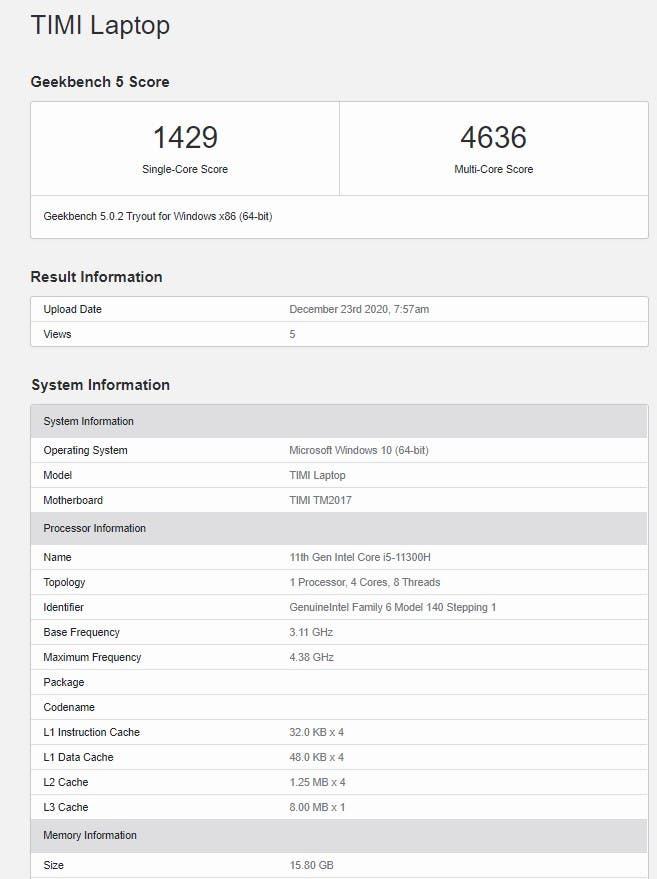 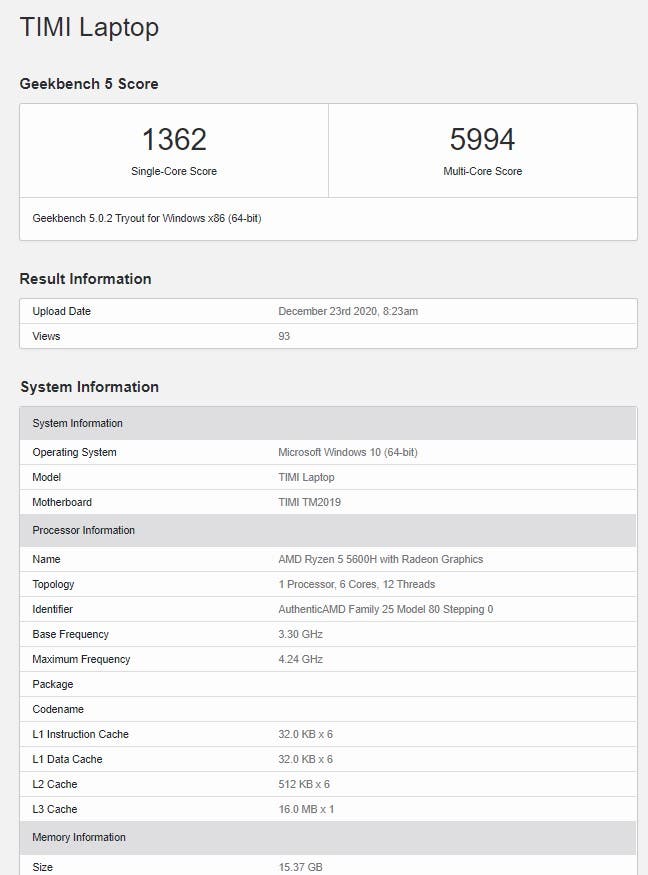 For those that prefer the AMD Ryzen lineup, there will be a Ryzen 5 5600H version with 6 Cores and 12 Threads. The base frequency is 3.30GHz while the maximum frequency is 4.24GHz. Both devices will have 16GB of RAM and the L3 cache is 16MB.

According to ITHome Chinese Blog, both models will arrive early next year. Users can expect thinner bezels, a full-size backlit keyboard, SSD storage, and possibly NVIDIA GPUs. Unfortunately, not many details and features are known right now. However, the GeekBench results show that Xiaomi is already performing tests on the upcoming models. The company seems to be preparing a hot beginning for 2021 with its Mi 11 series, and now with the new Mi Notebook Pro models.

According to the report, the new Mi Notebook Pro model may cost around $1000 when it hit the shelves. However, the AMD variant may arrive a little later and will be more expensive. Of course, we expect the company to unveil more devices throughout 2021. Just like in 2020, the company may announce more laptops by the second half of 2021. Moreover, we would be excited to see Xiaomi entering the ARM Notebook market in 2021.

Previous Two Nokia phones with 5,050mAh and 4,470mAh batteries get certified by TUV

Next OPPO Reno 5 4G gets detailed in hands-on video