Realme has been teasing the launch of its Realme X7 series in India for quite some time. So far, the company has been pointing to a launch in India in 2021. Considering the number of leaks popping out, we expect a very early January launch in the country. Today, the Realme X7 Pro has appeared on the support page of Realme’s Indian site. It suggests an imminent launch while there’s no event an exact date of a launch coming from the company.

The Realme X7 and X7 Pro in China in September and began their global launch last week. The device currently is available in Thailand and Taiwan and we expect it to hit India in the first days of January. The devices basically are Realme 7 smartphones on steroids with better specifications and more importantly 5G connectivity. It reassures the company’s interest in bringing 5G devices to India even though there’s no 5G network operating in the country at the moment.

The Realme X7 Pro packs a MediaTek Dimensity 1000+ chipset. That’s one of the most powerful chipsets released by MediaTe this year. Its availability outside of China is pretty limited, but this is starting to change. In China, the device has – 6GB/128GB, 8GB/128GB, 8GB/256GB – RAM/Storage combinations. We’re not sure which are variants coming to India. The device packs a 6.55-inch FHD+ 120Hz AMOLED display. It has a top-left aligned punch hole that serves as a house for the 32MP selfie snapper. On the back, we have a Quad-Camera setup. The primary camera is a 64MP camera. It is paired with an 8MP ultrawide, 2MP macro, and 2MP depth lens.

The device has a 4,500mAh battery complete with 65W fast-charging. The cutting-edge fast-charging tech arrived in India through the Realme 7 Pro and now another device with these ground-breaking charging speeds will hit the country. It’s insanely fast and makes us think how flagship OEMs are still shipping flagships with less than 33W of fast-charging when mid-range phones are offering 65W. In the next year, we won’t be surprised to see Realme mid-range phones entering the 100W charging rate.

The Realme X7, the smaller brother, is also coming for the country. It will pack the MediaTek Dimensity 800U chipset, a 6.4-inch FHD+ AMOLED display, and the very same 65W fast-charging. The battery, however, is slightly smaller with a 4,300mAh capacity. 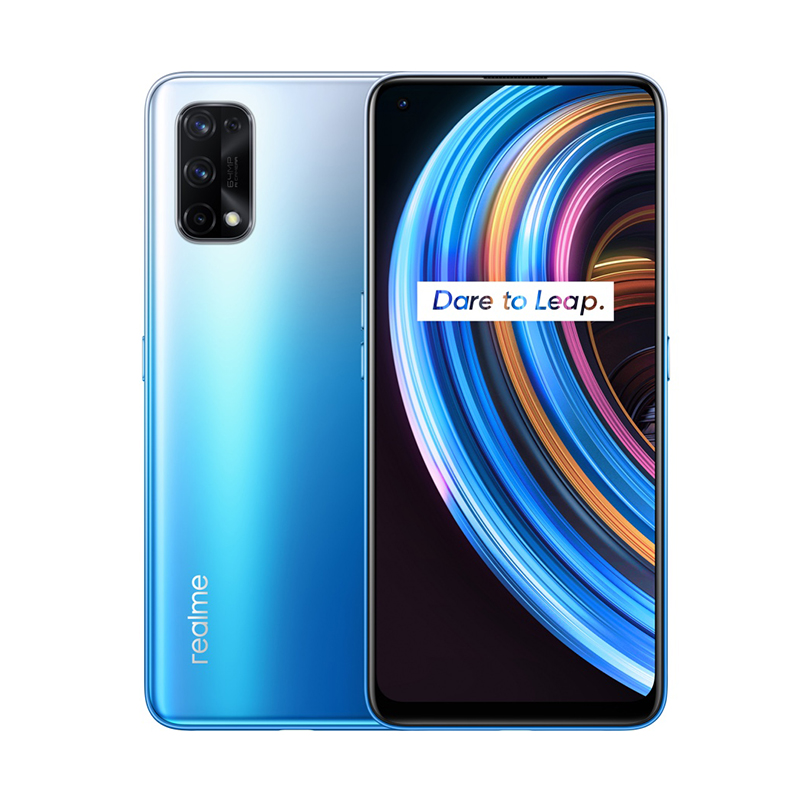 The pricing in India is yet to be confirmed, but we expect both devices to be very competitive.

Next Vivo V20 2021 quietly launched in India with Snapdragon 730G

Realme Watch 3 To Go On Sale In India Soon, Here’s How Much It Costs