Slashleaks website has posted an image from a patent that was filed by Google. In the image, we see a potential Google Pixel 6 smartphone with a sub-screen camera.

The source who posted the photos has a 100% reliability rating on Slashleaks. The patent description clearly states that the future smartphone does not have cutouts and holes for the front camera, which is located under the surface of the screen. 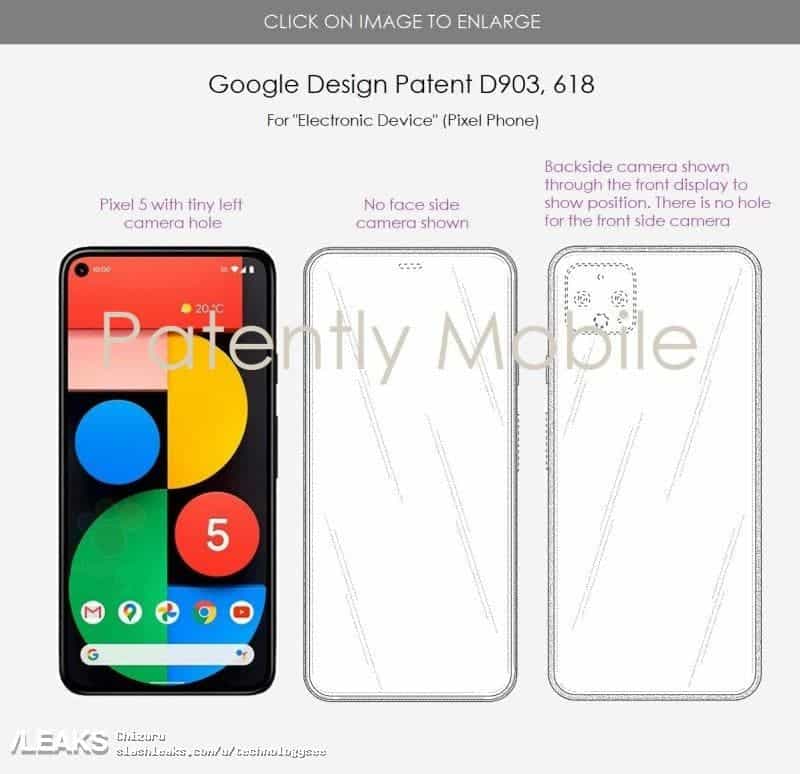 The image on the right also shows the bezel and the location of the main camera. Its shape will remain unchanged. Presumably, the camera will include two sensors and an LED flash.

According to analysts’ forecasts, next year, many manufacturers will release smartphones that will use third-generation sub-screen camera technology.

The presentation of the Google Pixel 6 is expected in the fall of 2021.

The source claims that the Google Pixel 5 Pro will feature a front-facing camera that will be located below the display surface. In addition, it should receive a 6.67-inch screen, a rear camera with four sensors and an NFC module. 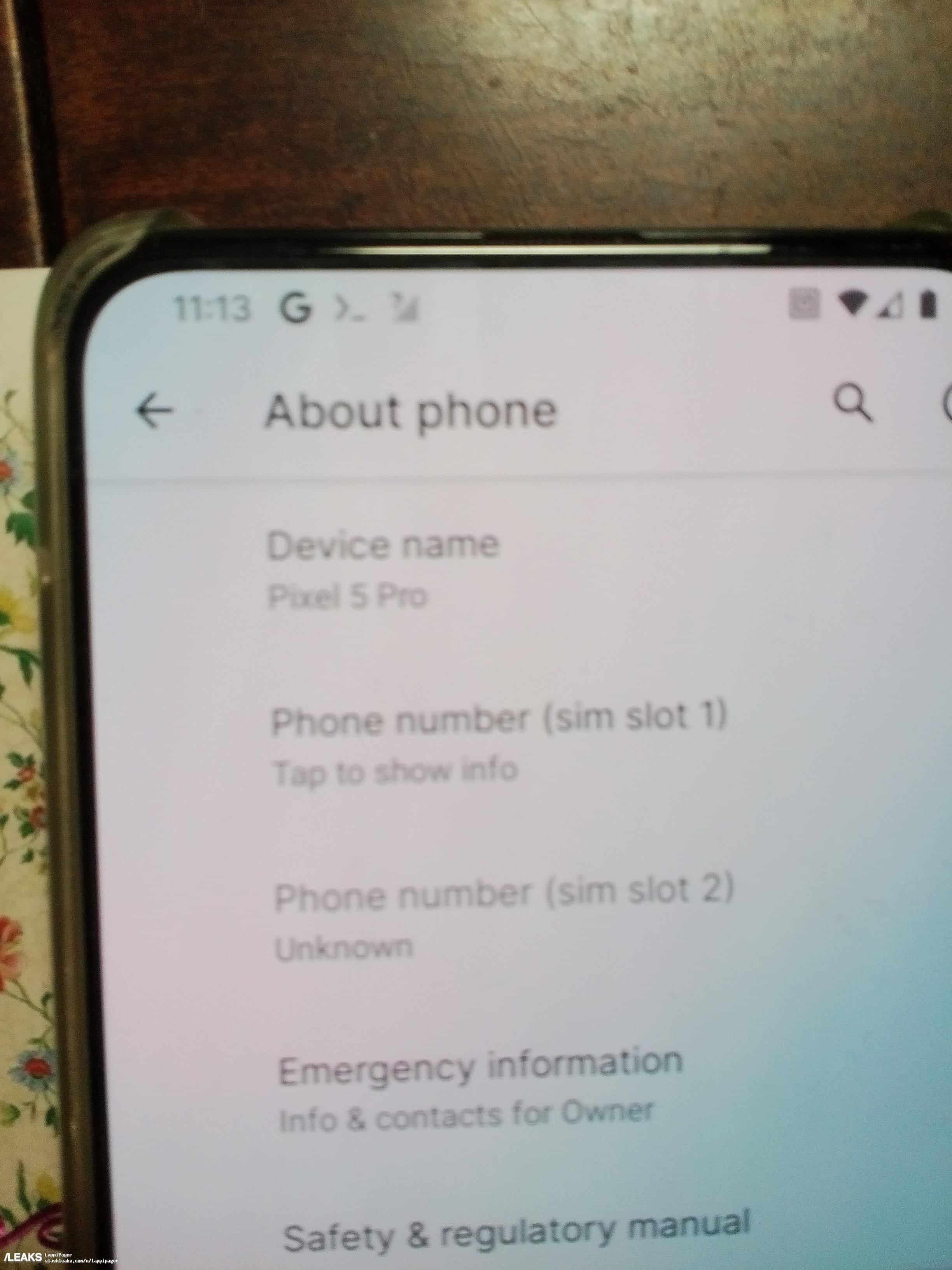 Screen photos also confirm that the device is equipped with dual SIM slots, Bluetooth 5.1, 8GB of RAM and 256GB of flash memory. 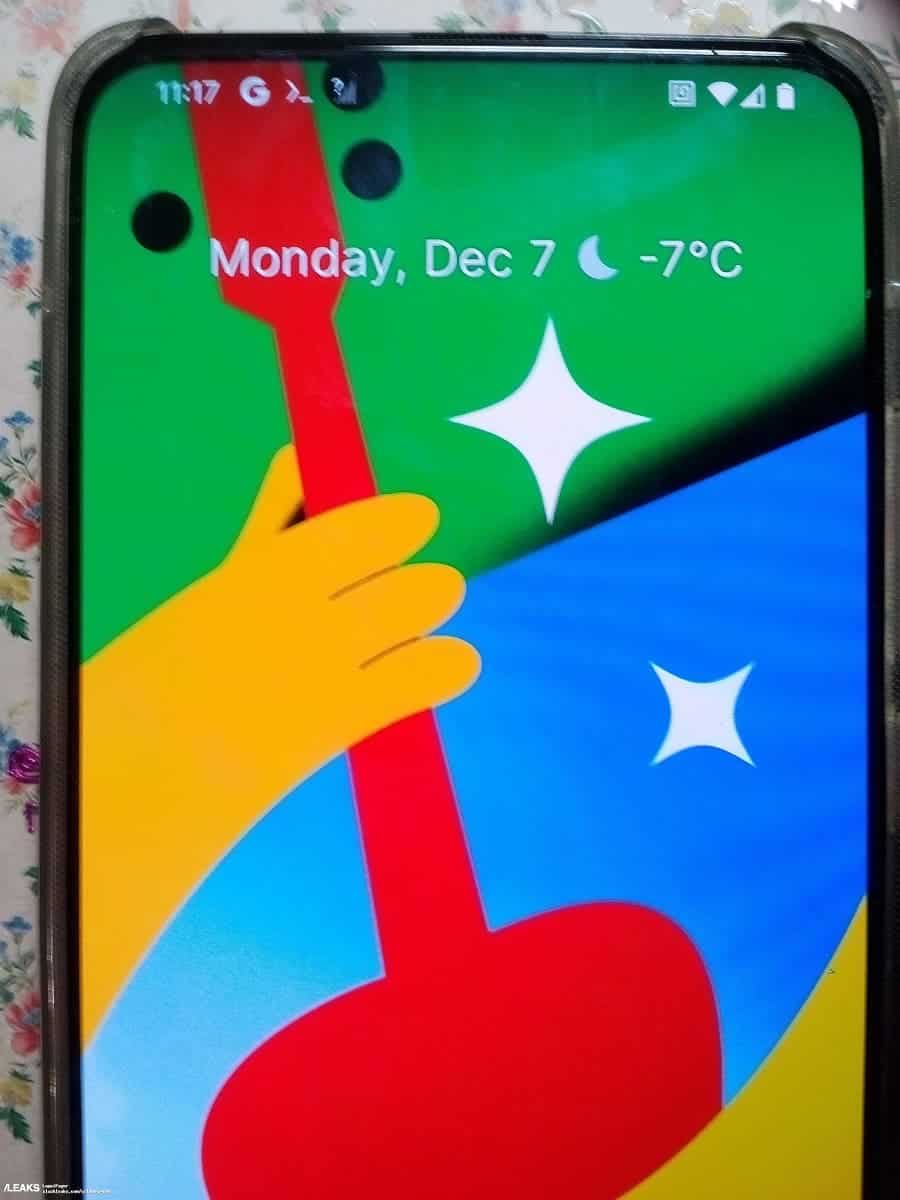 The Google Pixel 5 Pro has no release date yet. 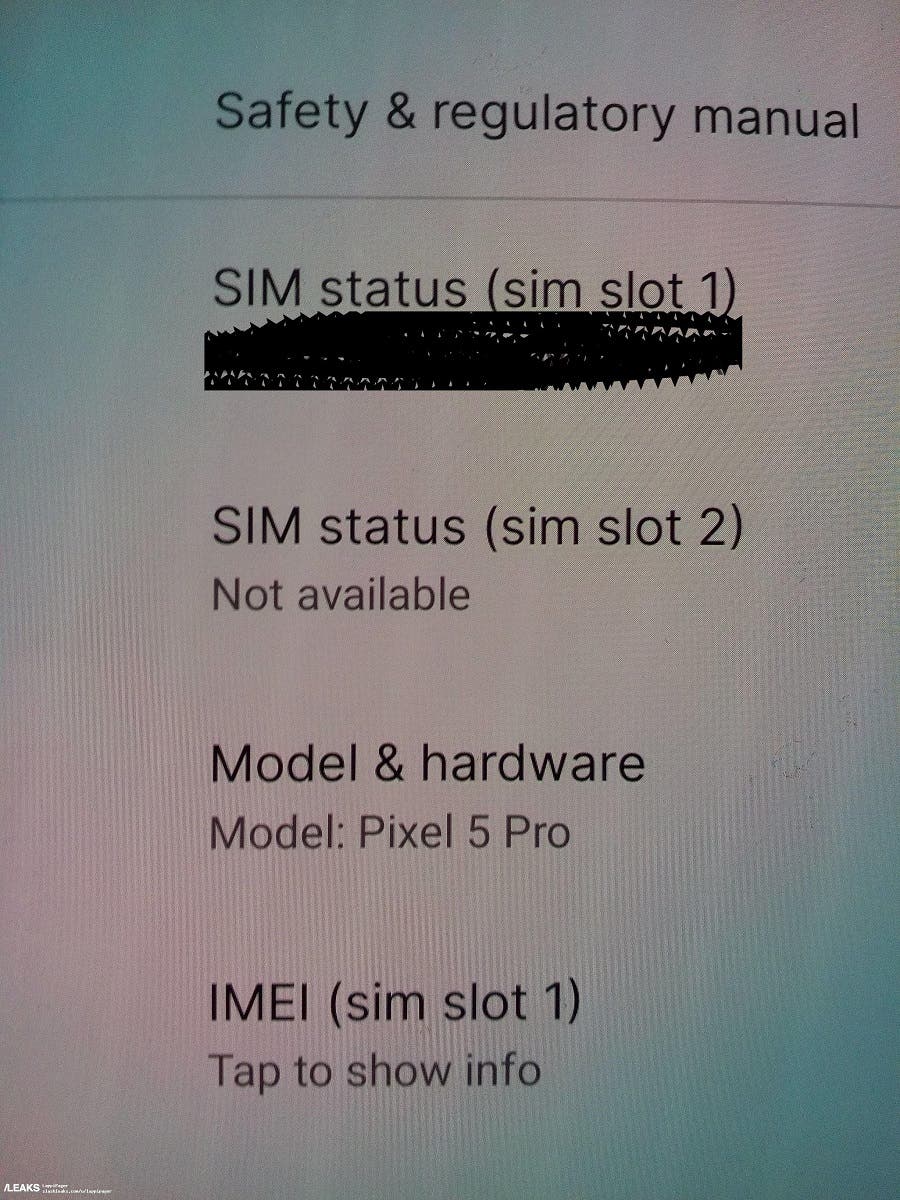 The leak shows that the new Google Pixel 5 Pro will use a 6.67-inch display. There is no front camera opening on the top of the screen, and no bangs, water drops, and other designs. This design makes it feel like this smartphone will come with an under-display camera. However, this technology is not quite ready for mass production. As of now, only ZTE AXON 20 5G series uses this design commercially. It is most unlikely that the Google Pixel 5 Pro will use this feature. Thus, we can not fully verify whether or not the Pixel 5 Pro will come with an under-screen camera technology.

Read Also:  Google Pixel 6 and 6 Pro owners are unhappy with the quality of cases

As for the configuration, this phone will be using the Qualcomm Snapdragon 865 flagship processor. It will have up to 8GB of RAM and 256GB of internal storage. In the camera department, there will be a quad-rear camera setup. Unfortunately, we do not have specific details on the camera sensors. From the “About Phone” page of this phone, we can see that it supports dual SIM.

It is also important to note that some speculations say that the Pixel 5 Pro image is just a prototype. If this is the case, then it may never get to the mass production stage. Even if it does, what we see now may be significantly different from what is mass-produced. The bottom line is that nothing is certain regarding the Google Pixel 5 Pro for now. It is best to take every piece of information on this smartphone with a grain of salt.