Ross Young, founder of research companies Display Supply Chain Consultants and DisplaySearch, has published some interesting information for Xiaomi fans who are looking forward to the release of smartphones in a new form factor, especially foldable devices.

According to the information it received from its supply chain sources, Xiaomi will be the next manufacturer to launch a foldable smartphone. More precisely, next year Xiaomi has big plans, as the Chinese manufacturer is preparing to release not one or two, but three models.

So the next foldable to hit the market will likely be from Xiaomi who is expected to have 3 foldables in the market in 2021. They will actually have all 3 types. The first will be outfolding, the second will be in-folding and the third will be clamshell.

The source adds that the screen of the first smartphone will bend around the body of the smartphone when folded. The main display can support 90 and 120 Hz refresh rates and will be covered with Samsung UTG ultra-thin protective glass. The Xiaomi foldable-screen phone, codenamed Cetus, should be equipped with a 108MP camera and run Android 11 out of the box.

The display of the second smartphone will fold inward and be protected by the case from damage. The third smartphone will resemble the modern clamshells Samsung Galaxy Z Flip and Moto Razr 2019.

It should be added that Xiaomi showed a prototype of a foldable smartphone back in early 2019. 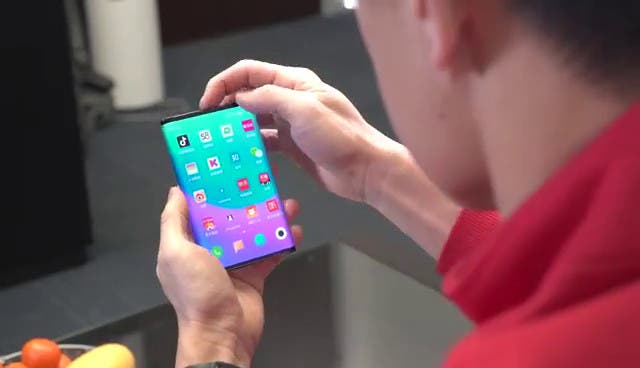 A few weeks ago, XDA senior member kacskrz dug a new Xiaomi phone code-named ‘Cetus’ from the code of the latest MIUI 12 beta version. One of the return key values ​​is ‘isFlodAbleDevice’. The latter is a deliberate misspelling. It should be osFoldAbleDevice. Another proof is that there are fields in the display code to monitor and identify the folding state. So there is every reason to think we are dealing with the first foldable phone of Xiaomi.

In terms of configuration, the information that can be seen is limited. However, it includes a Snapdragon processor, the Android 11 underlying system, a 108MP main camera, etc.

Previously, Xiaomi had demonstrated a prototype of a dual-folding smartphone. Moreover, it has also released the concept of the MIX Alpha surround screen. However, there has been no follow-up information. Honestly, Lei Jun said that it’s not easy to manufacture a surround screen smartphone. This simply meant Xiaomi was not focusing on this phone at the moment.

On the other hand, Android counterparts Samsung and Huawei, folding screen phones have set off a lot of market response. Considering that Huawei is encountering difficulties, it may be a good time for Xiaomi to launch a folding screen.