Huawei has applied for a new patent with the National Intellectual Property Office of China. A new patent for “Method and equipment for removing scratches on glass” was adopted and published on December 22, 2020.

The patent specification describes a method for repairing scratched glass on the front and back of smartphones. The equipment detects a scratch on the glass of the screen. If the scratch is on the front, the glass should be cleaned with alcohol. And if we are talking about the back panel, an ultrasonic cleaner is used.

After cleaning, a special mixture is prepared, which includes 35-45% acrylate, 50-60% epoxy resin, 2-3% initiator and 2-3% additives. After that, the liquid is applied to a transparent film that is glued to the smartphone. UV light with 320 ~ 420nm wavelength is used to cure the repair mortar. 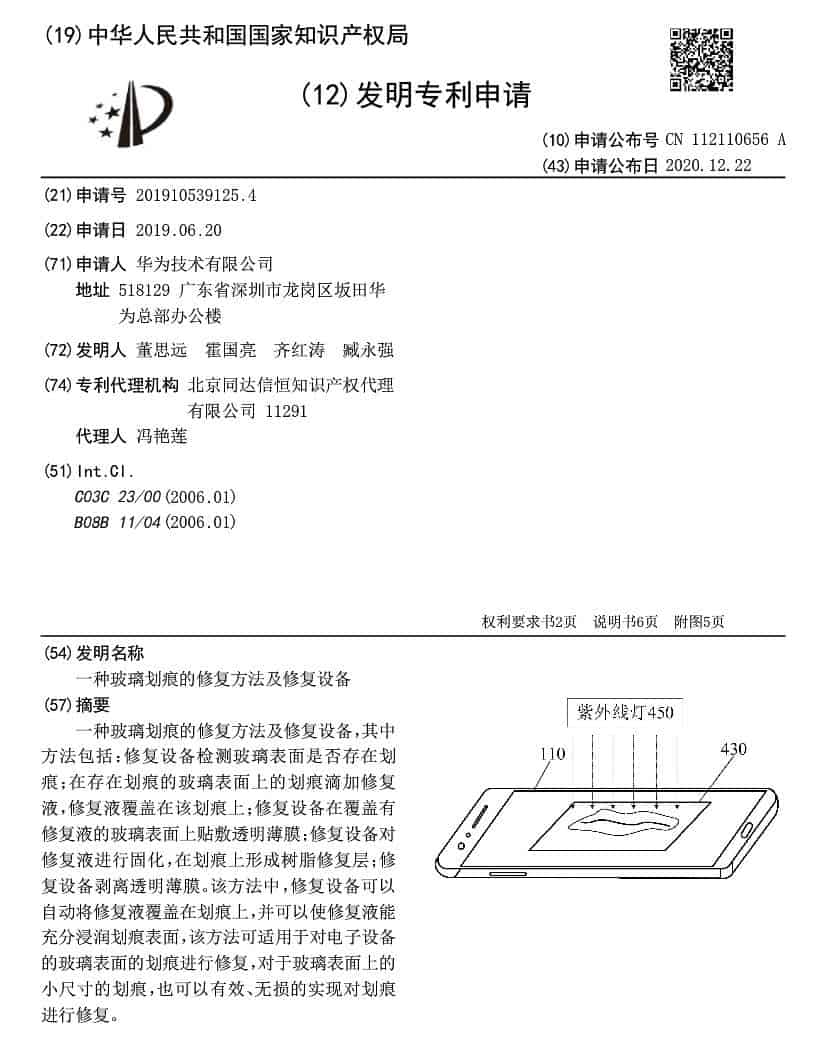