After long waiting and a plethora of rumors, Apple finally unveiled its first wireless headphones dubbed AirPods Max. The devices are set to offer the ultimate audio experience for those who want a real studio-like audio headset. The headphones have gone on sale and the first reviews are already available. So far, the devices are far from being perfect as there is a serious issue with condensation build-up inside the headphones.

According to a fresh report, water is being collected inside one user’s AirPods Max ear cups after extended usage. Of course, Condensation is not uncommon with devices of this device although the metal ear cups, coupled with their tight fit might be some of the reasons for the increased amount of water. 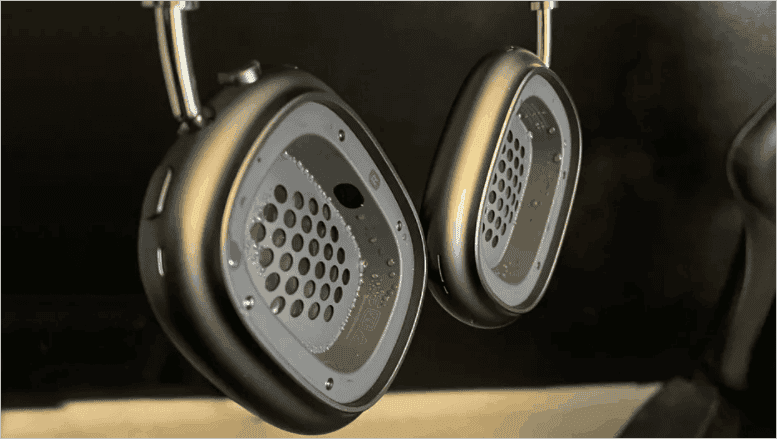 The AirPods Max is available since the beginning of December. It’s one of the high-end headphones available in the market and currently retails at $549. It’s not a cheap amount, so we can understand why some users are really bothered by this build issue. The device got positive reviews praising its top-end design and quality, however, everything is now put in doubt due to the condensation flaw. The metal ear cups can be a remote cause of this buildup of water droplets after extended usage.

Water build-up inside the ear cups after long usage

A huge amount of users are suffering from this issue and have shared their reports on Twitter, Reddit, and other platforms. Some of them have been stressing that the headphones begin to malfunction until the moisture disappears. Some users provided pictures of their headphones with visible signs of moisture on it. This may not be a unique issue for AirPods Max, however, this serious is a serious problem when you take the mind the appeal and price of this device as a high-end product.

So far, many theories have emerged. However, the logical explanation is that moisture builds up as a result of sweat from the ear. The ear cushions trap and heat, causing a build-up of moisture in the ear cups. Interestingly enough, EarHugz is offering third-party headphone covers. It comes with sweat-resistance. It’s far from being ideal, after all, users will need to spend more money in a third-party solution. The issues coming from a build problem should be solved by Apple.

Apple is yet to comment on the situation. For now, just recommend you to not use your AirPods Max for a long time without cleaning it.