Apple has been known for its numerous lawsuits against the most varied companies and for the most curious reasons. The company has been slow in this regard, lately. But not enough to leave a company to use a pear-shaped logo. Back in August this year, Apple Inc. filed a lawsuit against a company over the choice of its logo. The company, Prepear, whose name reflects its logo, helps its subscribers prepare meals and create shopping lists, through its app is available in App Store and Google Play Store. We know that Apple has its iconic logo that resembles its name, but what the problem with other fruit-themed companies?

Although Prepear uses a Pear logo, Apple contends that it bears a very close semblance to its own logo. Prepear founder Natalie Monson accused Apple of stifling small businesses who may not have the financial muscle to fight the tech giant in extended court cases. I don’t want to be biased here, but in this case, Apple seems to be exaggerating. While the company certainly was the first to pick the name of a fruit and became relevant, the company didn’t patent all the fruits in the world. Prepear’s executive insists that their trademark pear logo does not in any way come close to looking like Apple’s logo. For that reason, it can’t hurt the Apple brand. The company is grappling with thousands of dollars in bills to sustain its defense.

In the court papers, Apple tried to rationalize how a pear logo can look like its Apple logo (seriously). According to it, Prepear’s pear was designed in a manner that clearly mimics Apple’s globally acclaimed logo and may give Prepear an unfair commercial advantage. Prepear on other hand south a different path for its survival by instituting a petition aimed at forcing Apple to abandon the court case. 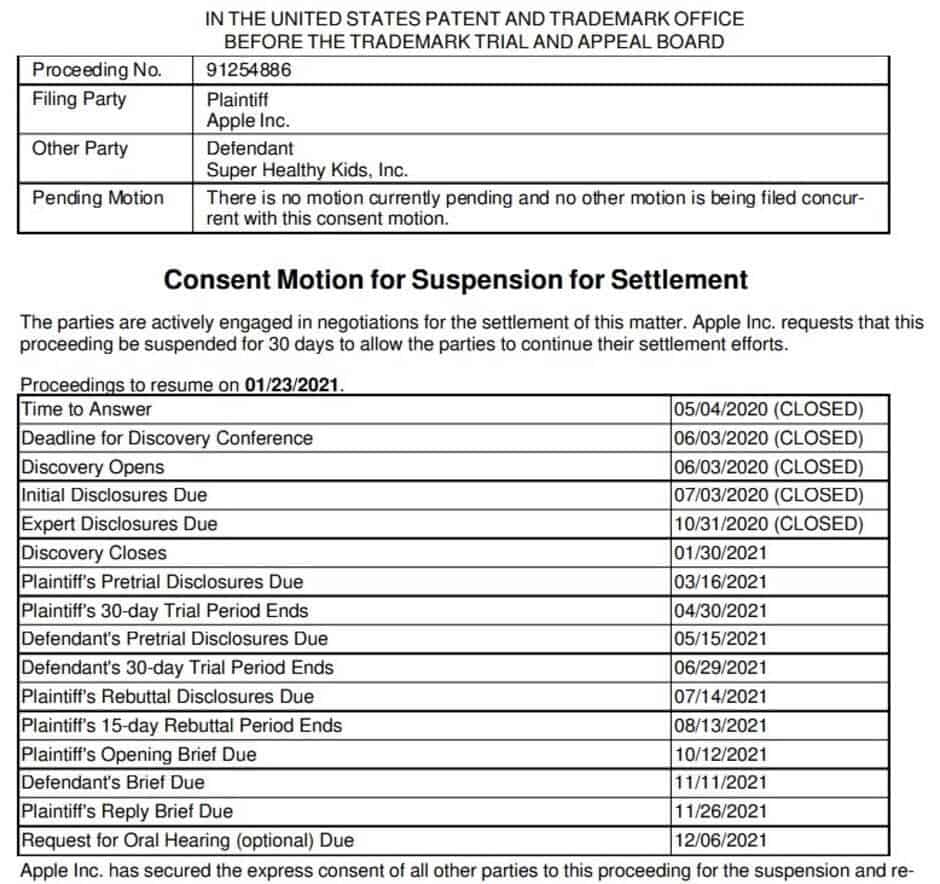 The petition drawn up by Prepear parent Super HealthyKids has already gotten over 250,000 signatures. The tech giant may have noticed the possible backlash if it insists on pursuing the case. Now, apparently, Apple had a “change in heart” and is leaving this story behind.

Filings at the US Patent and Trademark Office’s Trademark Trial and Appeals Board, show that proceedings relating to Apple and Prepear are to be delayed for 30 days as both parties try to settle the matter out of court. If no settlement is reached before January 23, 2021. Then the court will proceed with the case. Anyway, either side can decide not to wait until that date and resume court proceedings at any time.

Hopefully, both will find an agreement without further stress on tribunals. Do you think Apple is right about Prepear’s logo? Let us know in the comment section.