Infinix’s name may be new for global customers, but the brand is pretty much well established in certain Asian countries and Africa. The company alongside Tecmo belongs to Transsion Holding a huge conglomerate of electronics in China. Since this year, Transsion has been investing in its smartphones to push a global campaign. This resulted in interesting devices like the Infinix Zero 8. 2021 seems to be bringing more of Transsion smartphones at least for India. Infinix already debuted its smart TV in India, and now BIS suggests the arrival of a new smartphone dubbed Infinix Hot 10 Play.

A couple of weeks ago, the said device was spotted at the FCC listing. The listing for this handset revealed some of its key specifications. Now, the same phone with model number X688C has been spotted on India’s Bureau of Indian Standards (BIS) suggesting that the device will soon launch in the country as well. We know that BIS is taking a long time to process certifications due to all the tensions against China. We’re not sure how a new Chinese phone will perform in the country now that there is growing anti-China sentiment from some nationalists.

The device will come to compete with the likes of Redmi 9, POCO C3, and Galaxy A0-series

The exact performance of the device in a market flooded with mid-range options is uncertain. However, Infinix is keen that there is enough space for the Infinity Hot 10 Play there. I read this name, and I can’t think in anything beyond the low-end segment. Based on the specs this really aims for a budget segment and will fight the likes of Redmi 9 and Galaxy M01 Core in the country.

The Infinix Hot 10 Play has 2GB of RAM in tow with 32GB of Internal Storage. Considering the low storage, we assume that the device will also bring a MicroSD slot for further expansion. Unlike other devices in the segment, the Hot 10 Play will bring a Triple-Camera array. The device also has a fingerprint scanner and this certainly is a plus. After all, many companies are still shipping low-end phones without a fingerprint scanner. We’re clueless about the chipset, but we believe that it will be paired with a MediaTek chipset. The Zero 8, for instance, brings an Helio G90T SoC. For the Hot 10 Play, I expect something above the Helio A22. 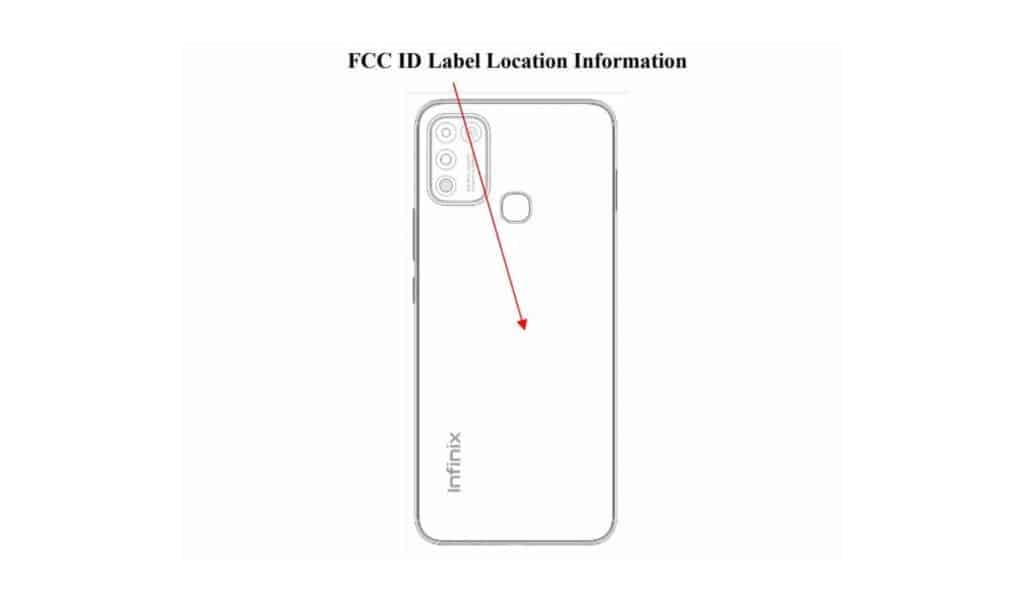 The FCC listing of the handset also brings a design sketch of the rear panel. Thanks to it we can see that the camera is coming with the 2020-esque rectangular camera bump at the top left corner. It has a squircle capacitive fingerprint sensor in the back and a vertically aligned Infinix Branding.